Even Santa’s going online exclusive. The 2016 Topps Santa Claus Holiday Set is a tribute to the chimney magician and a couple of his friends. 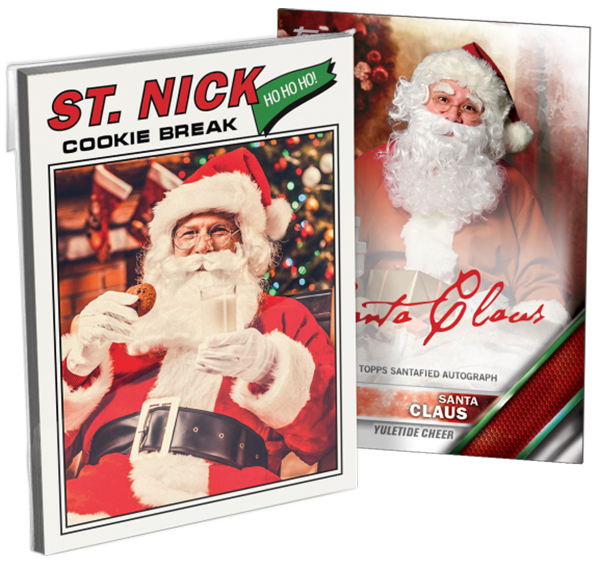 Each set includes a full nine-card base set plus one of eight different autograph parallels.

Similar to the 2007 Topps Santa Claus set, cards use past Topps designs. Think of it as a Christmas-themed version of Topps Archives. The majority are from before 1980 although they do go up to 2016.

Although Santa is the namesake of the set, he’s not alone on the checklist. Mrs. Claus, a reindeer and an an elf who curiously looks like he belongs on a shelf are also present.

All of the base cards except the reindeer have an “autographed” version (hoofs make holding a pen difficult). 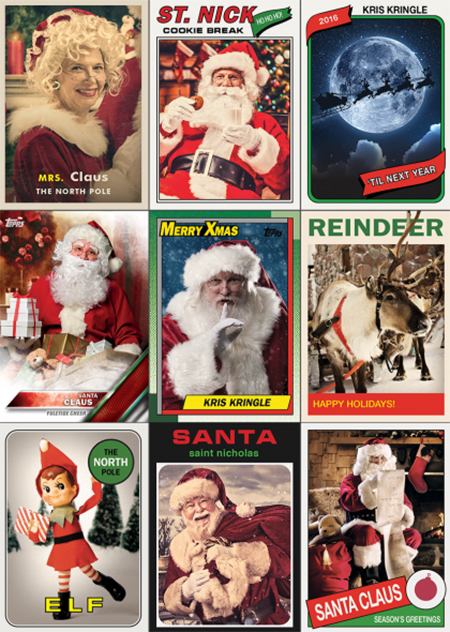 What to expect in a set: