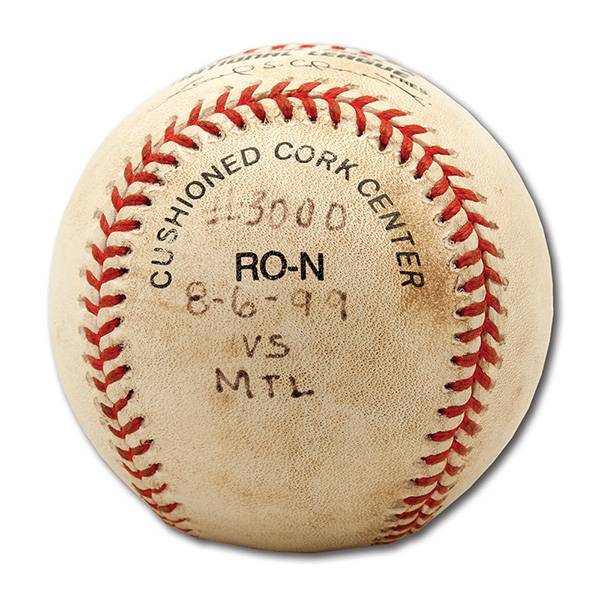 A Hall of Fame ring, several awards and important pieces of memorabilia from milestone moments are among the personal artifacts from Tony Gwynn’s career that are currently being sold through SCP Auctions.

A total of 25 pieces of Tony Gwynn memorabilia are part of the company’s 2017 Winter Premier Auction. All come direct from the Padres legend’s widow, Alicia Gwynn.

Also drawing significant interest is Gwynn’s Hall of Fame induction ring, which he was presented when he was inducted into Cooperstown in 2007. It has quickly topped $11,000. 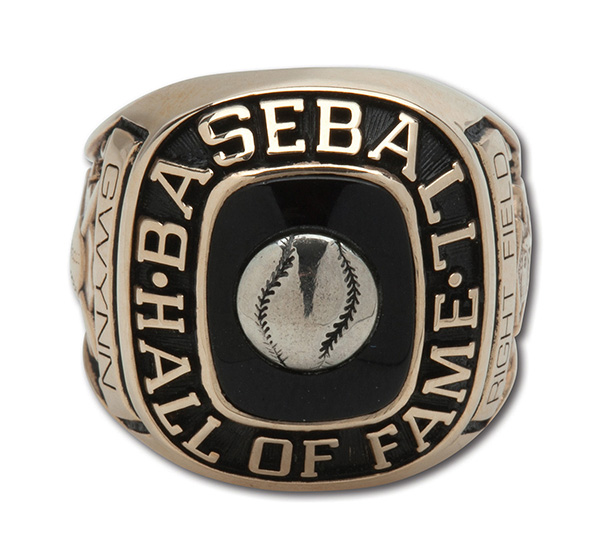 A mix of All-Star rings are also among the items.

Four of Gwynn’s eight National League batting titles are represented in the form of silver bat awards. His 1988, 1989 1995 and 1997 awards are the ones being offered.

A portion of the proceeds from the Tony Gwynn Collection items go towards the Tony and Alicia Gwynn Foundation, a San Diego-based charity dedicated to youth.

“My husband was a man of honor and integrity who really wanted to make a difference in this world,” said Alicia Gwynn. “This serves two objectives: to share his baseball memorabilia with the fans who loved him and to give something back to the city that treated us so well.”