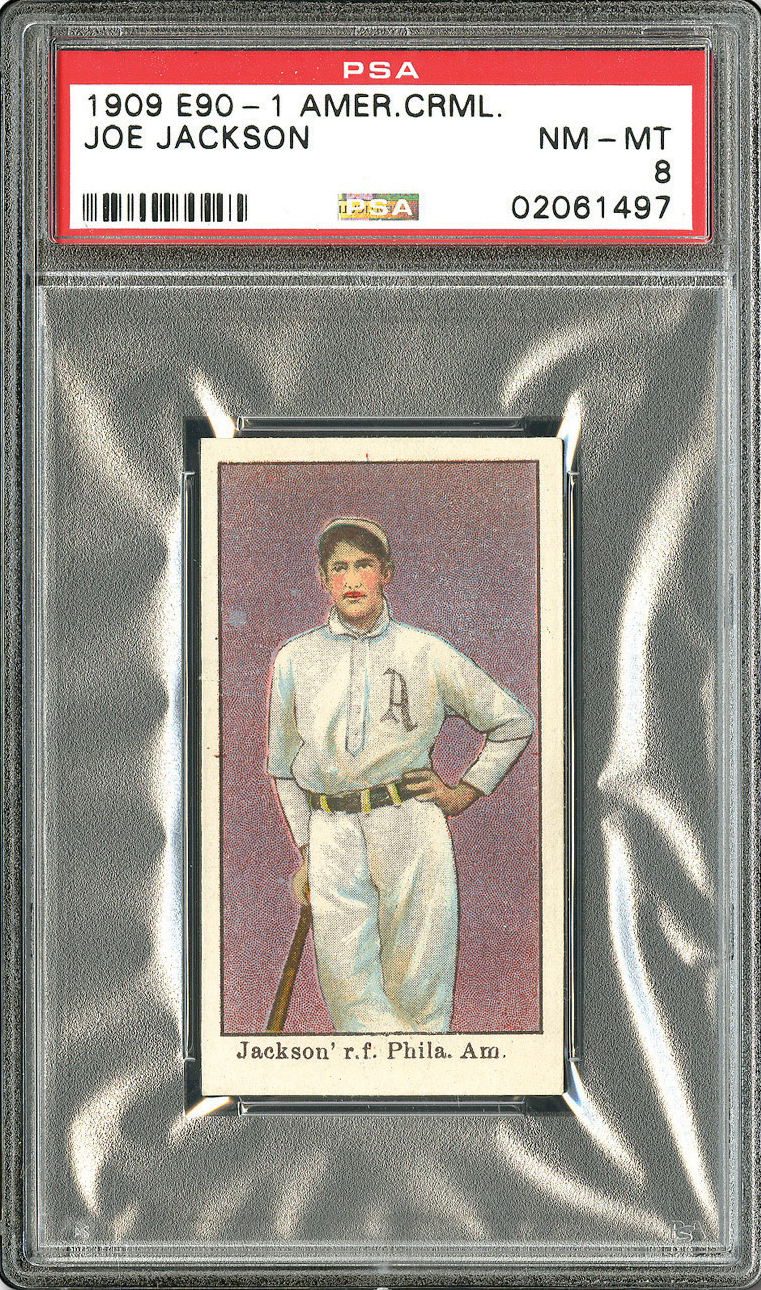 Not a lot of “Shoeless” Joe Jackson cards were released during his playing days. Of those that were, the 1909 E90-1 American Caramel Joe Jackson ranks among his best and most valuable. Need proof? A copy of the card sold for $667,149 on Sunday, August 21.

This is one of only two copies of the 1909 E90-1 American Caramel Joe Jackson cards to be graded PSA 8. None have been ranked higher. 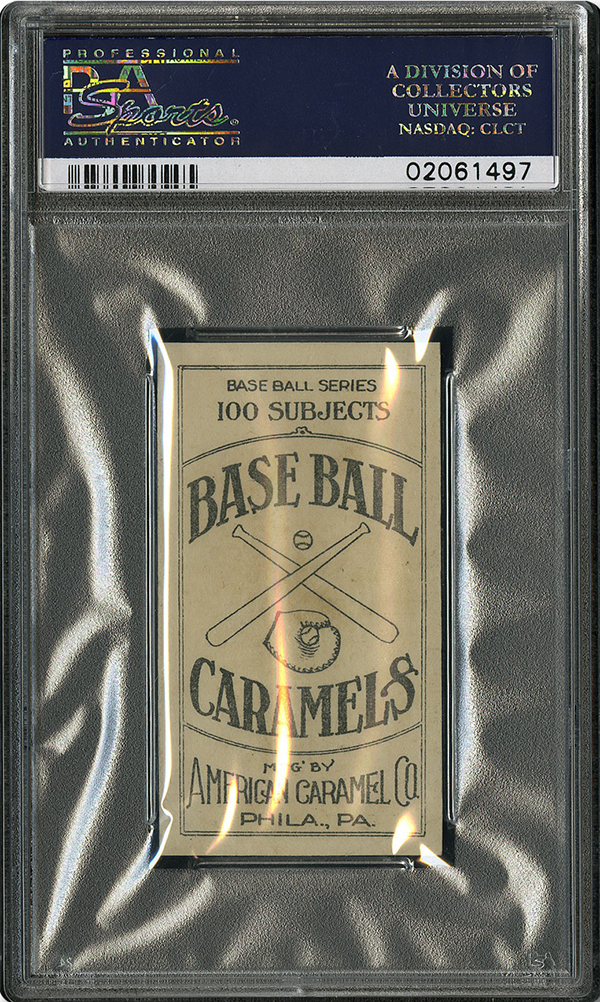 The card is regarded as Jackson’s first. As a result, many consider it to be the Joe Jackson rookie card.

Further adding to its appeal is that it comes from a tobacco-style set, a rarity for the legendary hitter. The E90-1 Joe Jackson didn’t actually come in a pack of cigarettes or tobacco tin, though. Rather, it came with candies.

It’s also one of the few “Shoeless” Joe Jackson cards to depict him as a member of the Philadelphia Athletics. He played just ten games with the team over 1908 and 1909.

Jackson is, by far, the most coveted card in the E90-1 American Caramel set. Other keys include Ty Cobb, Honus Wagner, Tris Speaker and Mike Mitchell, who is a short print.