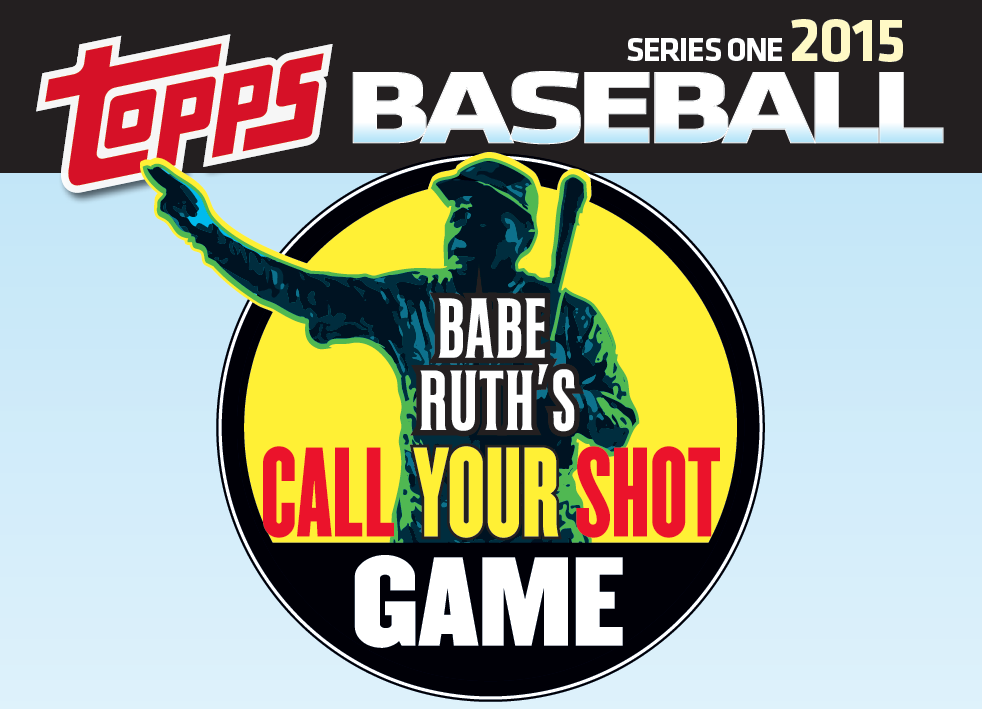 Topps is turning to the biggest name in the game to power its 2015 Topps Series 1 in-pack game element.

The Sultan of Swat, The Bambino … Babe Ruth.

While in past years, the company had used an online code game as part of its product, the game in the upcoming set will be of the scratch-off variety atop a code to enter online. The Babe Ruth Call Your Shot game will allow collectors to do just that and scratch off one of three fields to reveal a potential prize entry. 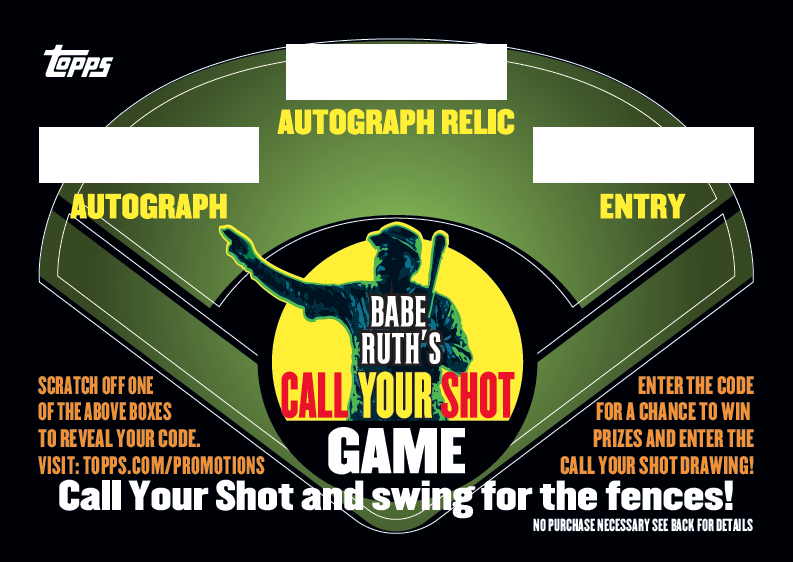 Some fields will reveal an entry for the grand prize — a trip for two to spring training, Opening Day, the All-Star Game and the World Series. Others will reveal a shot at autographed cards or autographed Relics.

It will be up to collectors to call their shot, aka which prize they will chase.