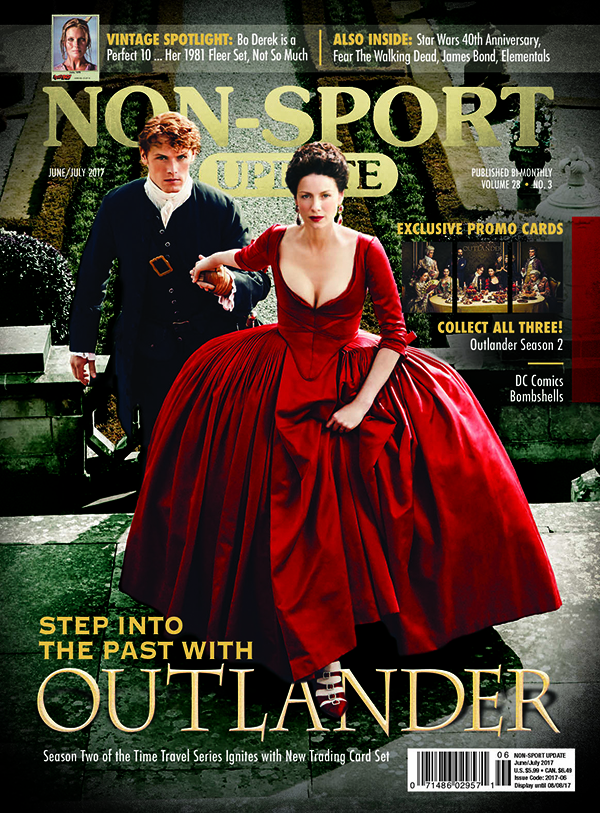 The June/July 2017 issue of Non-Sport Update has sold out.

The issue, which features Outlander on the cover and includes one of three collectible Outlander Season 2 promo cards from Cryptozoic as well as a Cryptozoic DC Comics Bombshells promo card, sold out of its print run in less than a week.

“We knew this was going to be a popular issue with Outlander as the cover subject,” Beckett Media Editorial Director Mike Payne said. “We’re not at all surprised it sold out. But we are surprised at just how quickly it sold out.”

The issue has shipped and should soon be arriving at bookstores, hobby stores and comic shops. It will not be reprinted.

The issue is the first to include the Non-Sport Update price guide bound into the magazine. The issue also includes a Reader Survey on page 38 allowing for readers to provide their input on Non-Sport Update.

All About Tim Tebow Baseball Cards