An oft-muttered phrase talks about one person’s junk. Make no mistake about it, vintage Topps Star Wars wrappers are just that (unless you were sending one in with $2.50 for an uncut sheet of cards). At least, that was the intention.

By their very nature, the wrappers were a home for a random mix of cards, stickers and that stick of powdery, stale gum. When you opened the pack, the wrapper was landfill material.

But the wrappers were also sales material. The colorful illustrations, stylized art needed to draw kids, moms and fans in so that they’d sell.

It wasn’t just cards that the wrappers sold. Side flaps acted as direct advertisements for Kenner toys and other Topps products. One such offer let collectors buy a full sheet from 1977 Topps Star Wars Series 1.

1980 Topps Empire Strike Back had exclusive Collector Boxes. When folded together, they are like a mini magazine box, acting as both a home for cards (about a set’s worth) and a shelf display. Today, the Empire Strikes Back Collector Boxes are quite collectible. Fairly tough to find, they’ll cost you more than the original $0.75.

For those who collected Star Wars trading cards during the Original Trilogy’s run, no matter the film, the wrappers are likely to bring a sense of nostalgia today. They’re a reminder of blue starfield borders, chasing down that last card and sticking stickers on bedposts and mirrors.

Given the millions of packs that were sold in the late 1970s through the mid-1980s, there are still plenty of vintage Topps Star Wars wax wrappers out there, most for a couple of dollars.

Each of the three films have multiple wrapper designs. For Star Wars and The Empire Strikes Back, there’s one general design per series. The Star Wars wrappers are very different from each other, while the sequel’s three sets differ only by color.

Return of the Jedi on had two sets of cards from Topps during its original run. However, when it comes to wrappers, it has the most. Each series has four different wrappers, each showcasing a different character.

Vintage Topps Star Wars wrappers have variations as well. These are generally based on the ads on the side.

Here’s a gallery of wrappers from every film and every series starting with 1977 Topps Star Wars and running through 1983 Topps Return of the Jedi. You’ll see one of each style, but not all the ad variations. 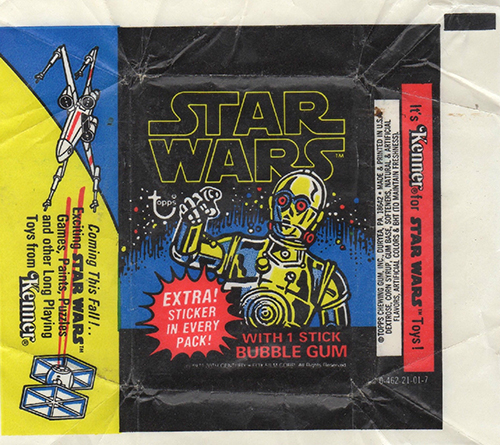 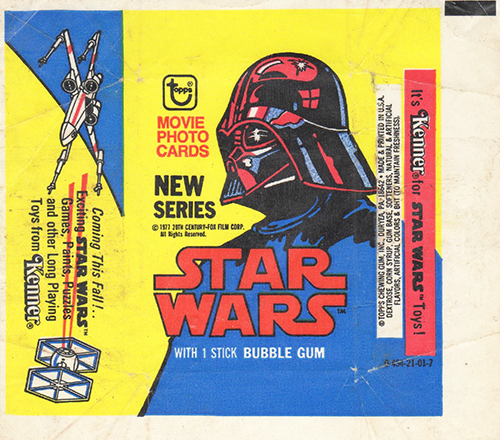 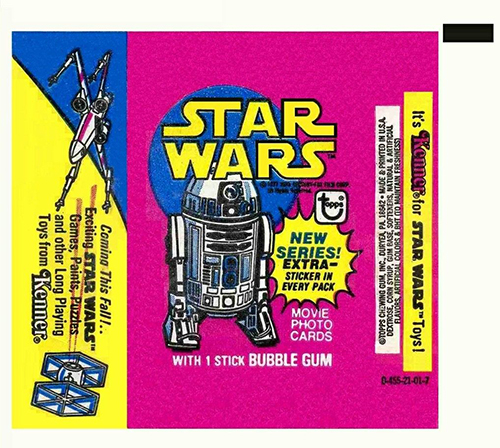 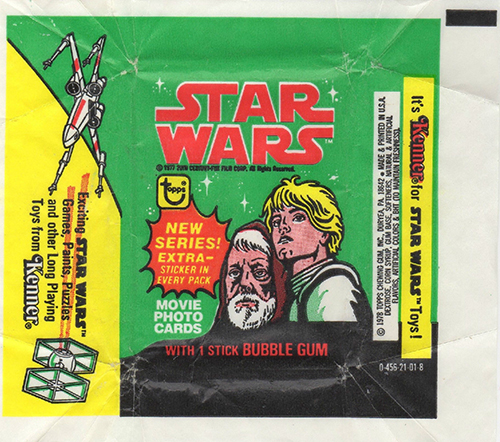 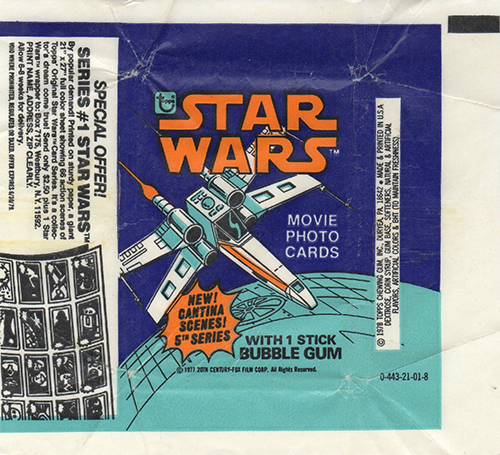 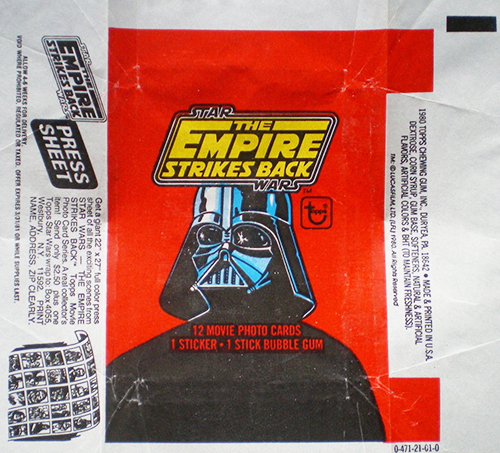 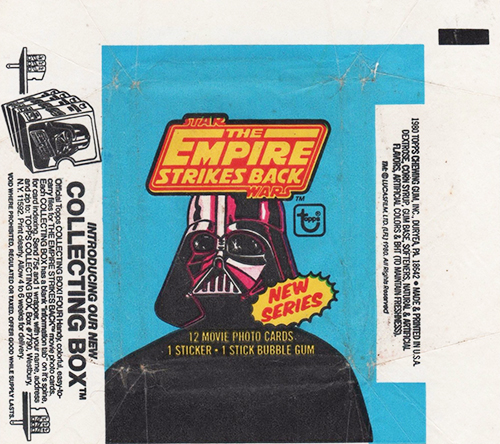 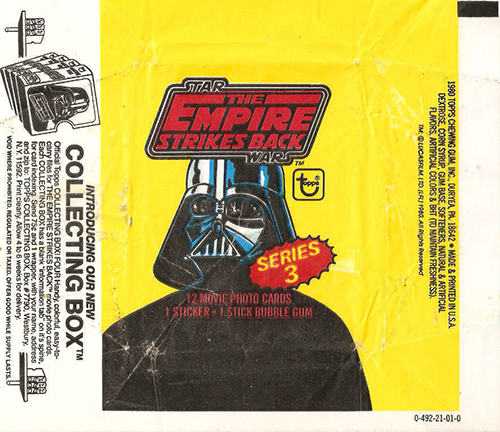 1983 Topps Return of the Jedi Wrappers 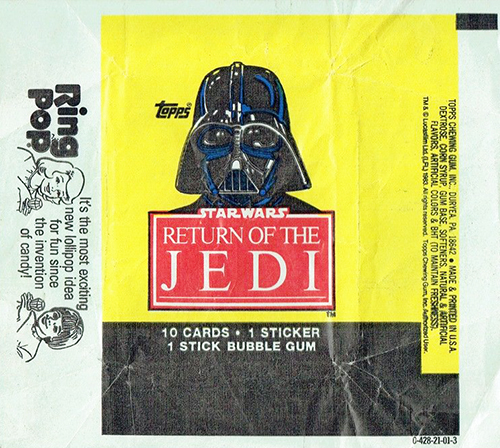 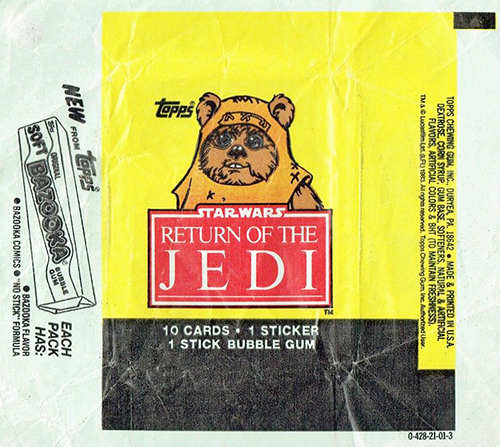 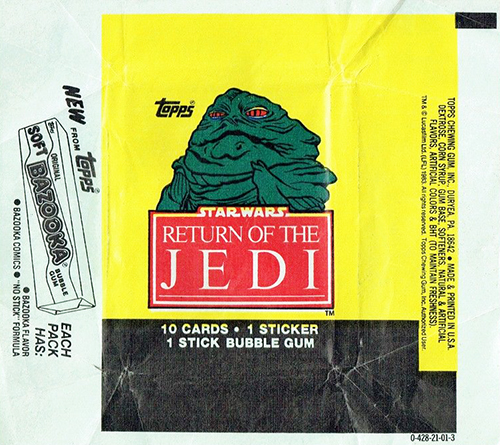 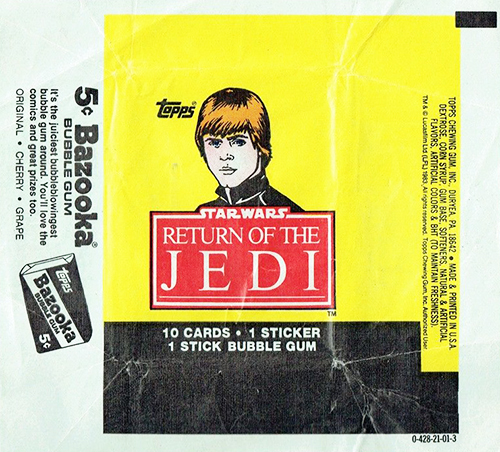 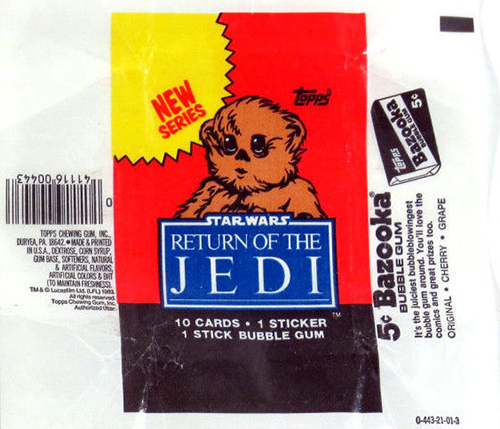 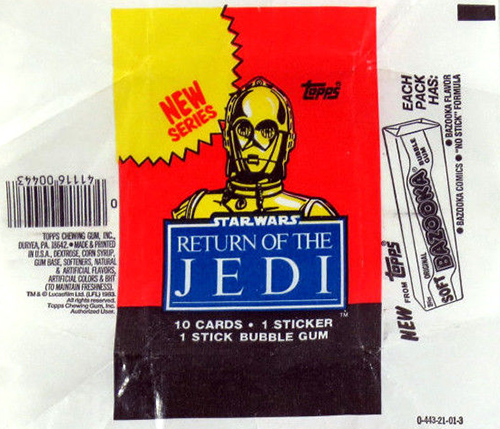 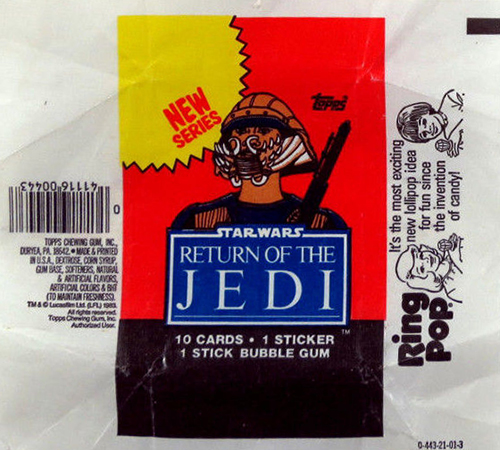 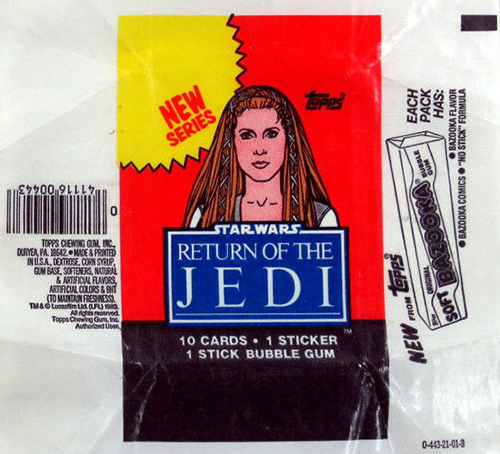