Topps Chrome and color parallels go together. The more color, the better the box – at least that’s how many collectors feel.

Since last week’s release of 2012 Topps Chrome Football, colored parallels have slowly made their out of packs into collectors’ hands.

The most popular parallels in 2012 Topps Chrome Football seem to be Black, Gold and Red, numbered to 25, 10 and five, respectively. Obviously, the low numbering has a lot to do with the collectability of the cards.

Look at these particular auctions:

However, when it comes to the player it almost doesn’t matter if there is color or not on the autographed card. This RG3 refractor autograph

is already at $259 and this Luck autograph

with the photo variation is more than $300.

Beyond Luck and RG3, some of the other rookies seem to be bringing in decent prices as well.
– Trent Richardson Red Refractor Auto /5

But it seems only the rare cards are getting big value from rookies not named Robert Griffin III or Andrew Luck.

Collectors of other players (Doug Martin

), this could be a chance to get some cheap color. 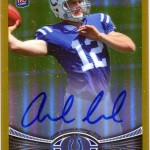 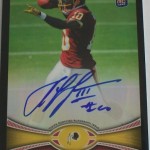 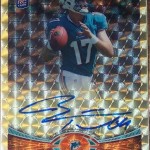 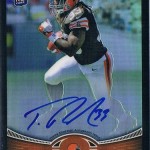 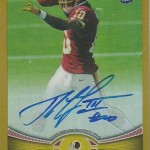 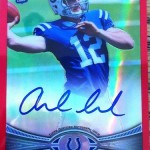 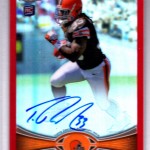