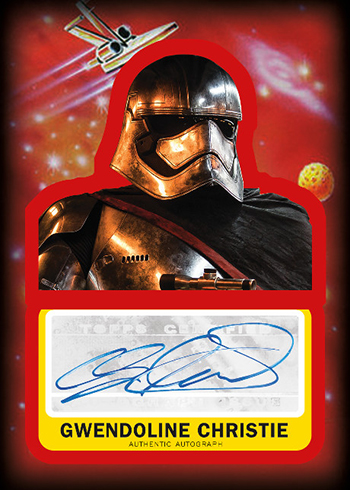 Topps continues to add to their stable of Star Wars autograph signers, announcing that Gwendoline Christie signatures will appear in upcoming products.

Christie’s first autograph cards for the franchise will be in 2017 Topps Journey to Star Wars: The Last Jedi. Mock-ups released by the company show both a regular signed card plus a triple autograph where she’s paired with Andy Serkis (Supreme Leader Snoke) and Adam Driver (Kylo Ren). 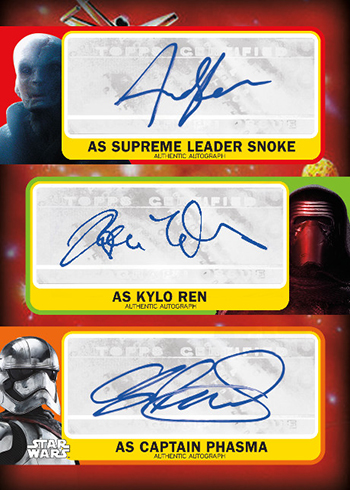 Christie plays Captain Phasma in The Force Awakens and The Last Jedi.

While these are the first Star Wars autograph cards from the actress, she does have a couple of others out there already, having signed for Rittenhouse’s Game of Thrones Season 2 and Season 3 sets. 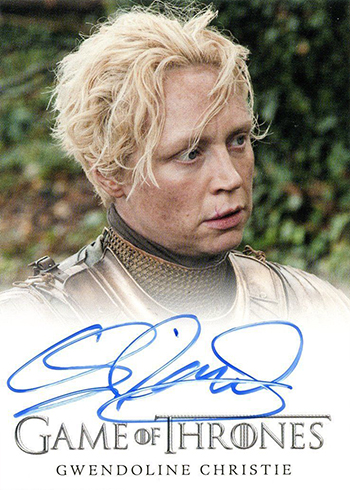 These 2017 Bowman Baseball Superfractors Aren’t in ...