Upper Deck jumped into the trading card business with their famous 1989 baseball set. Obviously that set is known for the Ken Griffey Jr. Rookie Card. Upper Deck didn’t kick off their football line until 1991. Over the years, the stable of football sets grew from just the single release in 1991, but their flagship set was a hobby tradition. The next time there wasn’t a base Upper Deck Football release? 2010.

1992 Upper Deck Football is split into two series. The base card design stayed the same throughout, but the insert options differed. Football Heroes mirrors what Upper Deck was doing with the Baseball Heroes inserts in their baseball releases. While the baseball sets initially highlighted retired legends like Ted Williams and Willie Mays, and legends closing out their careers, such as Nolan Ryan, 1992 Upper Deck Series 2 Football highlights Dan Marino in the midst of his career. 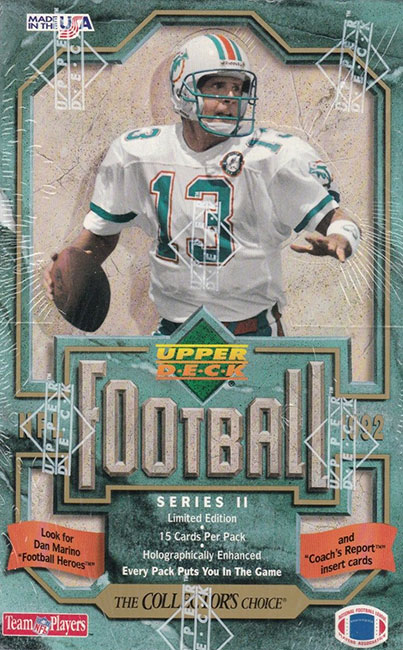 Series 2 also features Fanimation inserts that are illustrations of players reimagined as superheroes. 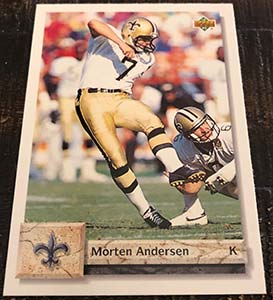 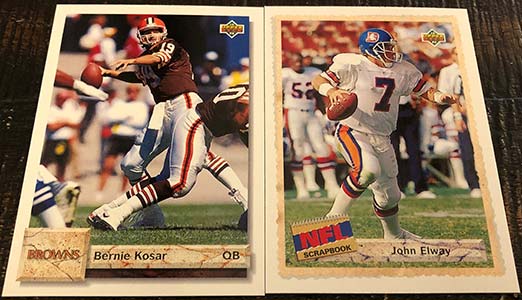 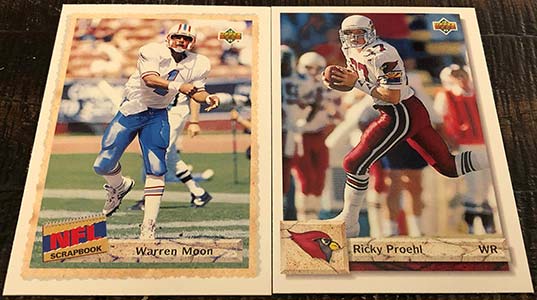 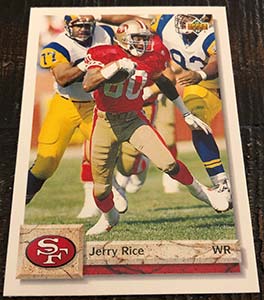 Deion Sanders. Sometimes I forget about Prime Time’s time with the Falcons. 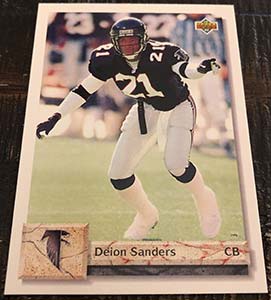 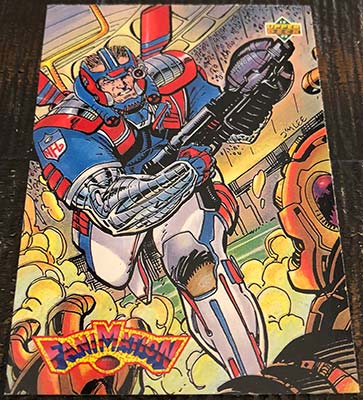 Morten Andersen. Andersen was the NFL career scoring leader until Adam Vinatieri passed him in 2018. 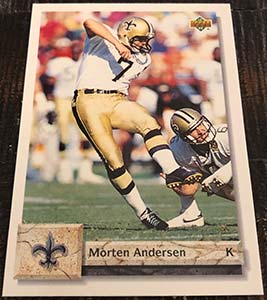 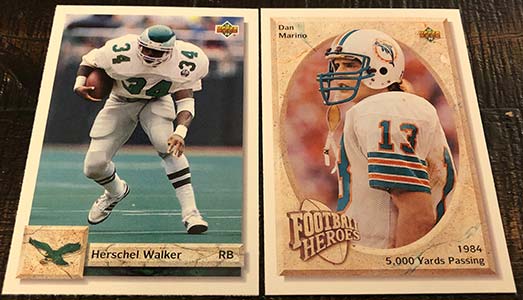 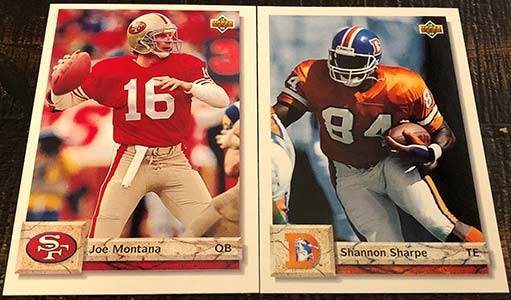 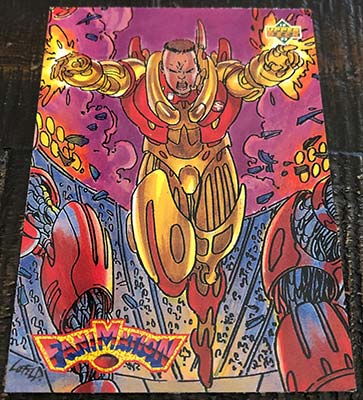 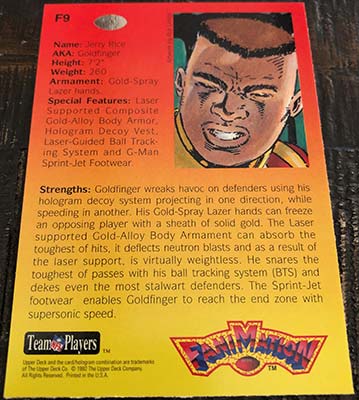 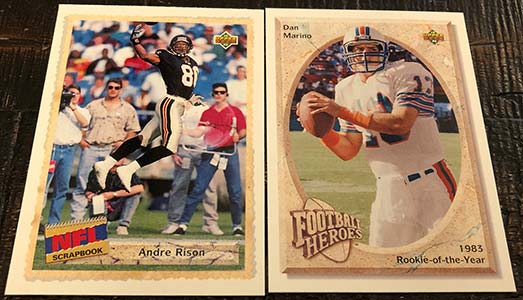 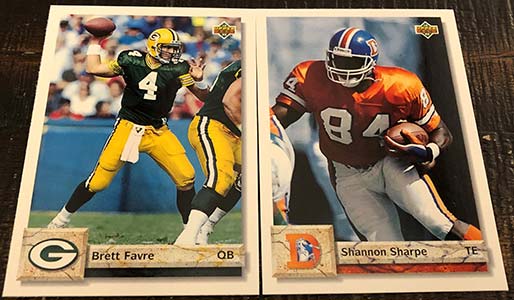 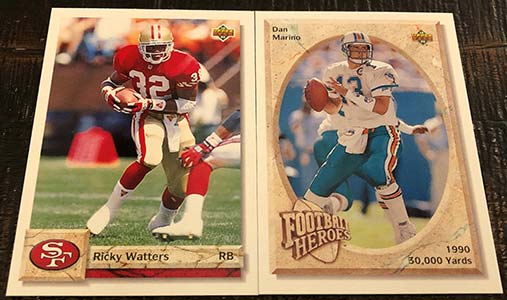 Steve Atwater. The eight-time Pro Bowler was inducted into the Hall of Fame as part of the 2020 class. 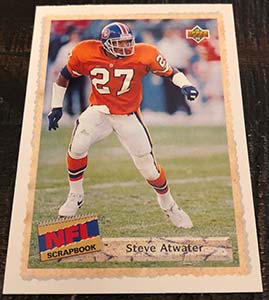 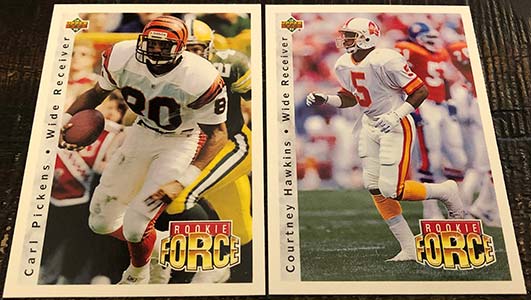 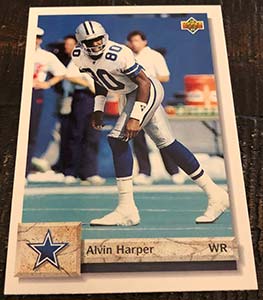 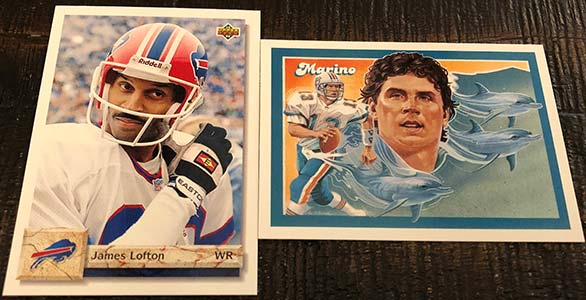 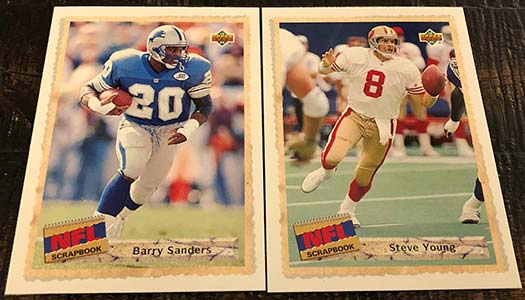 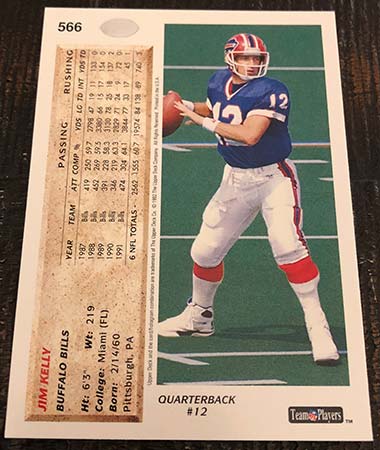 Though the base design isn’t very exciting (it was 1992, after all) there are some fun inserts to chase in this one. My Game Breakers Hologram, Drew Hill, isn’t exactly a household name but the checklist does also feature Andre Reed, Jerry Rice and Michael Irvin. Those are some singles I may have to track down to add to the collection. The Fanimation cards are fun, and the checklist is loaded with stars of the time. Lastly, though an odd choice to me, I can appreciate the Marino Football Heroes cards. I can’t complain about adding more Hall of Fame quarterbacks to my binders.

Shop for 1992 Upper Deck Football on: