Now that I have said that, I really need to try to track down some of these other boxes. All can typically be found pretty cheap, and this box of 1991 Action Packed Football was no exception. 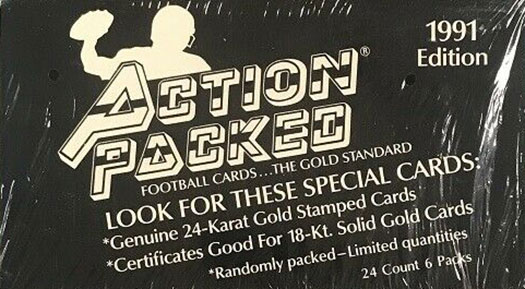 The 1991 set includes 280 base cards. While the hobby release has just the 280 base cards, a factory set was available that also included eight cards featuring braille on the backs.

All of the base cards feature gold foil accents and a raised or “sculptured” player on the front. As a parallel set, some cards were randomly inserted featuring genuine 24-karat gold stamping. Unfortunately I haven’t been able to track down the pack odds for these).

To add some excitement, Action Packed also inserted 19 certificates that could be exchanged for 18-karat solid gold cards of Randall Cunningham. It has been reported that the first two solid gold exchange cards were delivered to the finders by armored truck. 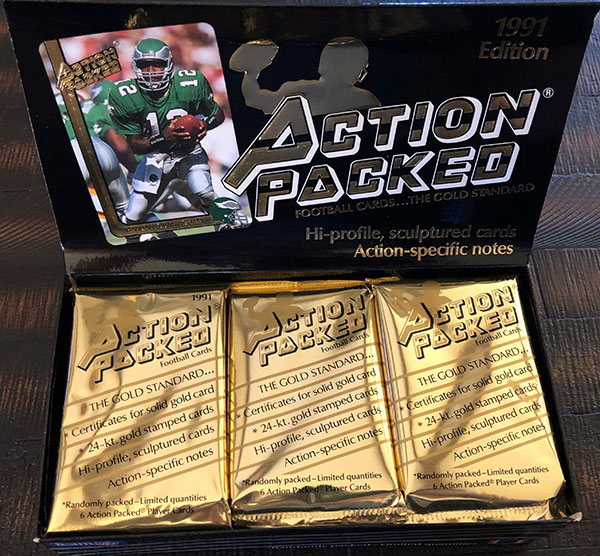 Really no notable names to be found in the first pack, but here is a good look at the card design. 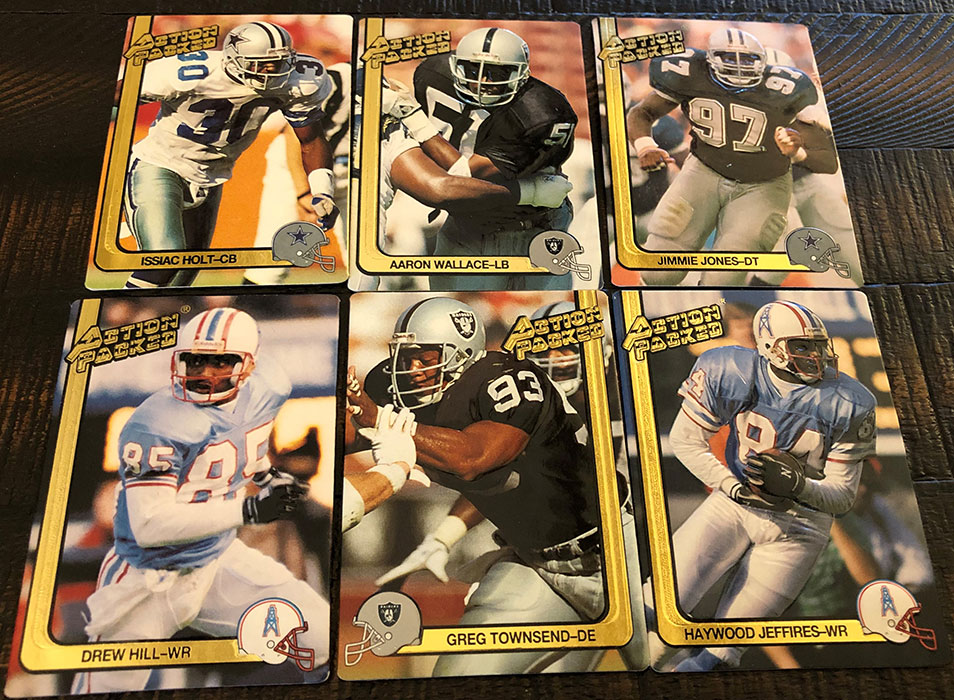 Jerry Rice (check out the look on his face) & Ken Norton, Jr. 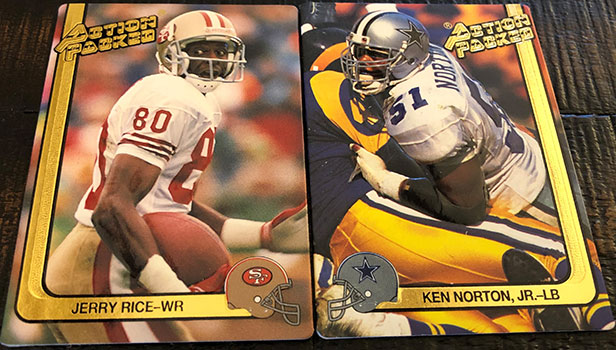 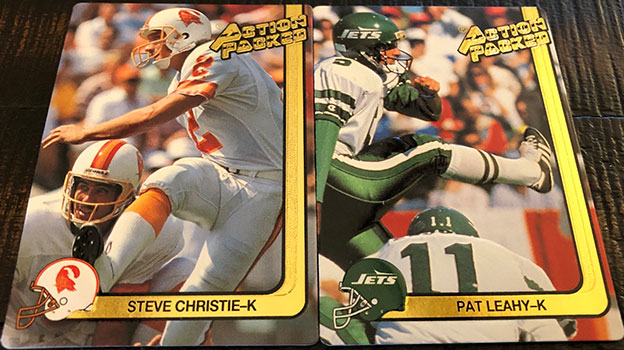 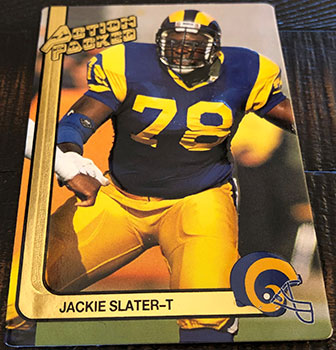 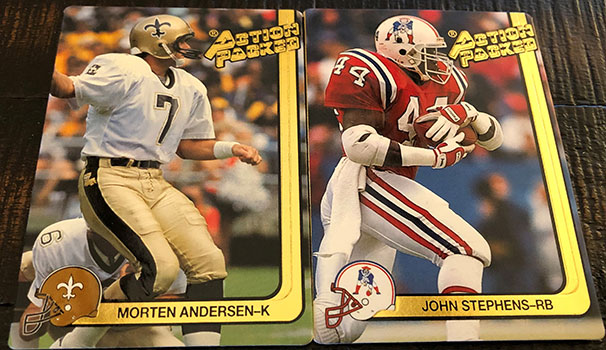 Lawrence “L.T.” Taylor. I once ran into L.T. at a casino during the 2016 National Sports Collectors Convention in Atlantic City, NJ. 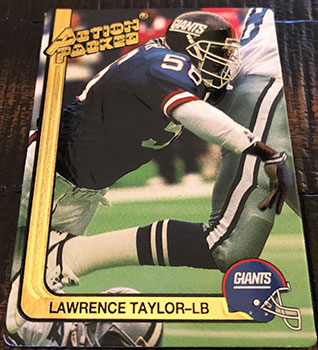 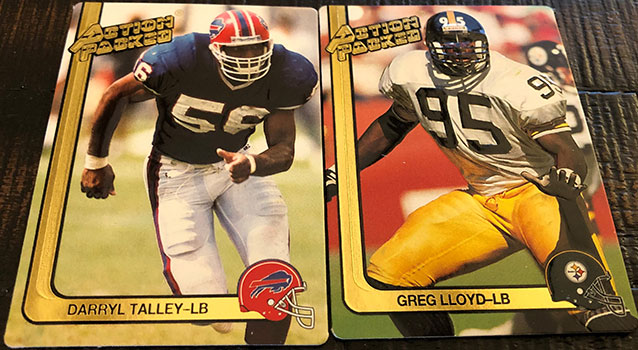 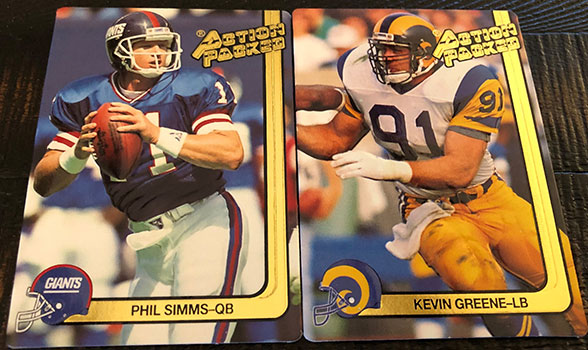 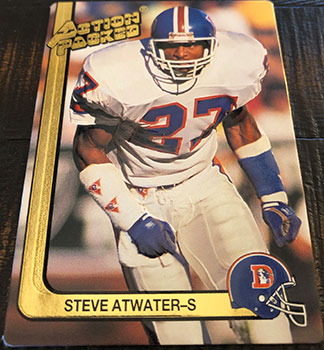 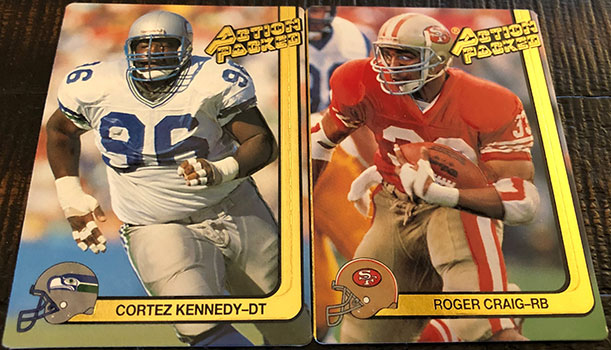 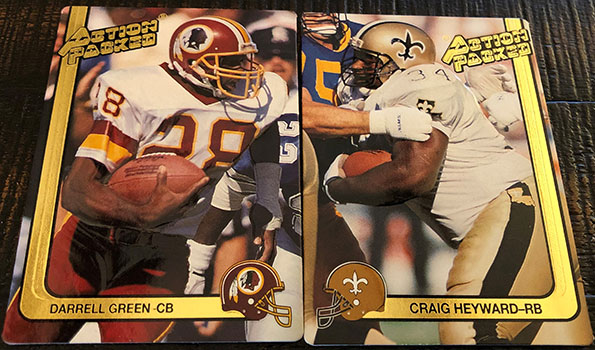 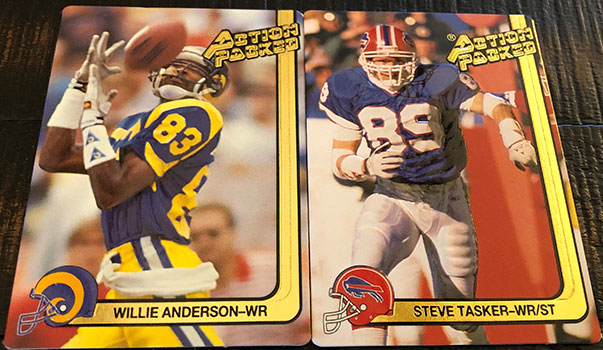 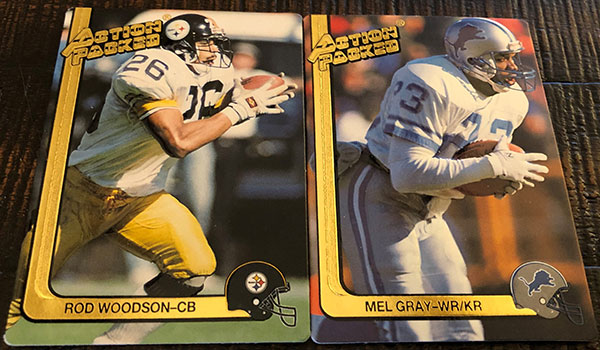 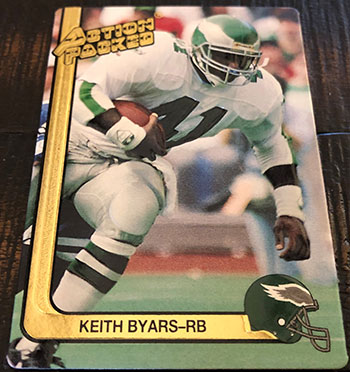 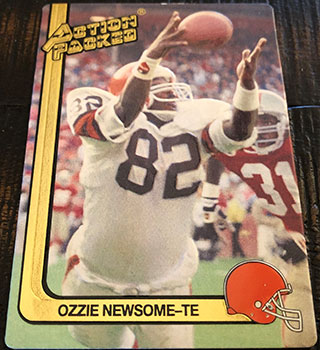 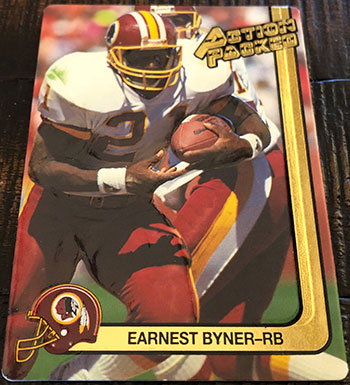 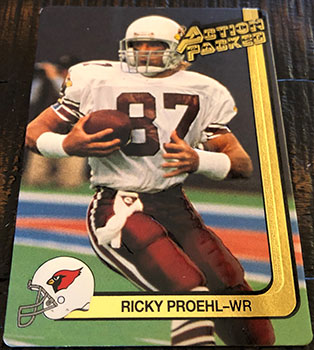 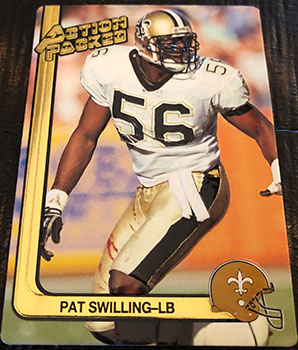 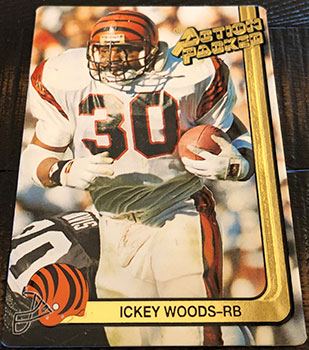 Weird. Exactly the same as the last pack with Rison, Sanders, Esiason & Smith.

Lastly, the Emmitt Smith card back. My favorite part about the card backs is the Action Note. On each card it describes what is happening in the picture on the front, including the date it was taken. You don’t see that very often anymore. 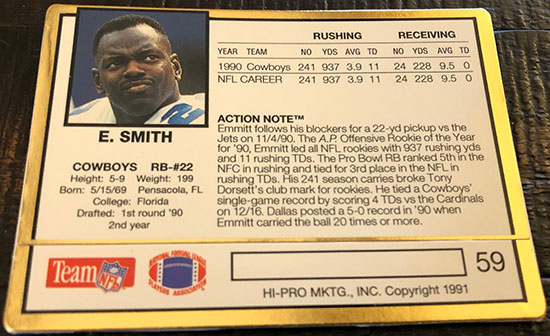 I’ll buy just about any product that I haven’t opened before if it’s under $10. It’s tough to beat that price. Action Packed would rank right near the top in super-cheap boxes. It is different, with the gold foil and the “sculptured” card fronts, ot to mention the 24-Karat gold parallels.

It’s absolutely worth the price on this product, in my opinion. Now it is time to track down some more Action Packed products!

Shop for 1991 Action Packed Football on: