Score Board arrived on the trading card scene in 1994 with the release of a couple different sets. 1994 Score Board National is a multi-sport set featuring basketball, football, baseball, and racing cards. That set consisted of just 25 cards. Their other release focused on college basketball players about to be drafted. 1994 Score Board Draft Day is a 13-card set highlighting just five different college stars. Later, Score Board would release other multi-sport and basketball sets, as well as covering football and racing. They even produced a lone baseball set in 1997, which featured 7-11 branded phone cards. Remember phone cards?

1998 Pro Line DC3 Football was a set perfect for the ’90s as every card is a die cut/ 1998 marked the third, and final, release by this name. The base set features 100 cards in four different shapes. The product also has three different insert sets. 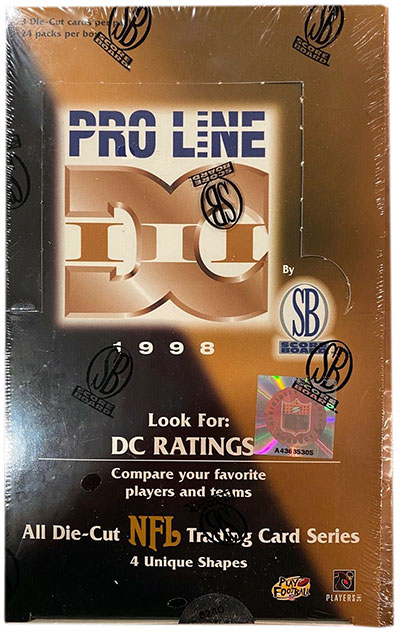 Hobby boxes are individually numbered. This specific box happens to be box number 1801 of 13200 produced. 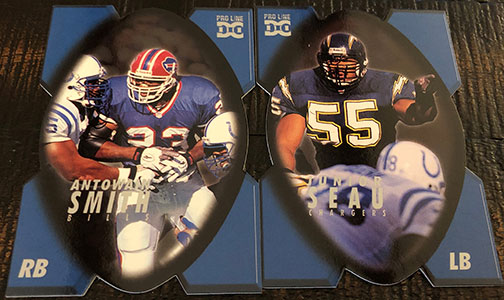 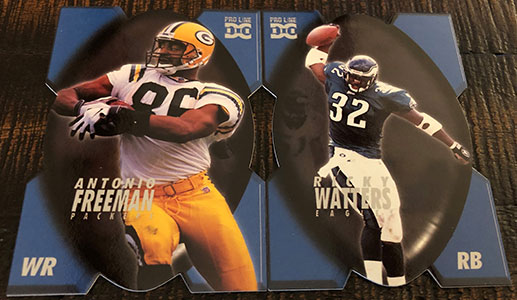 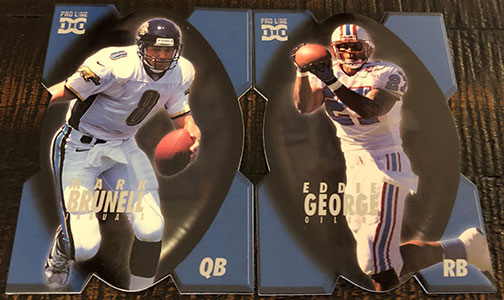 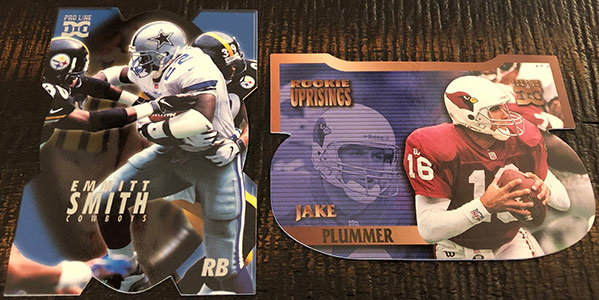 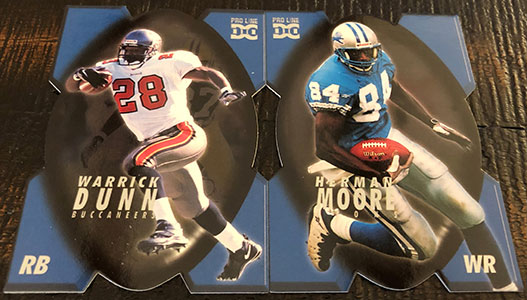 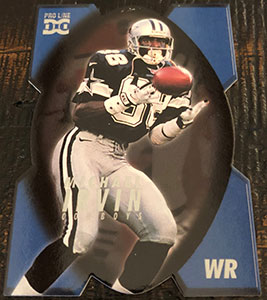 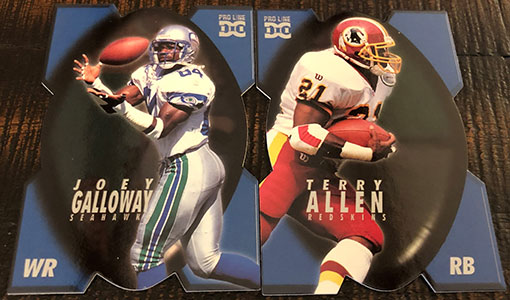 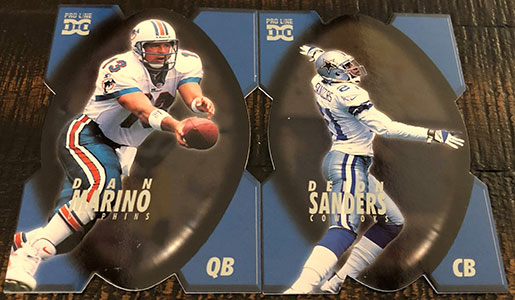 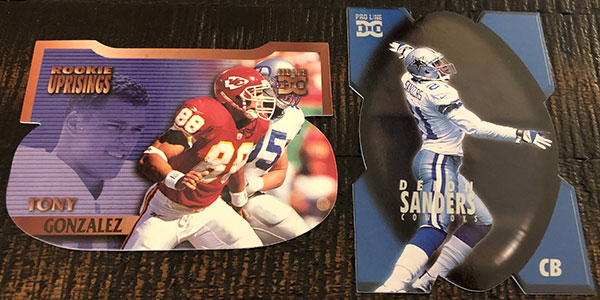 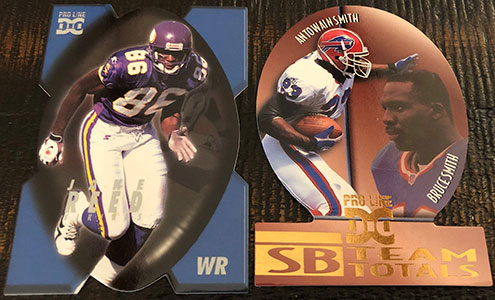 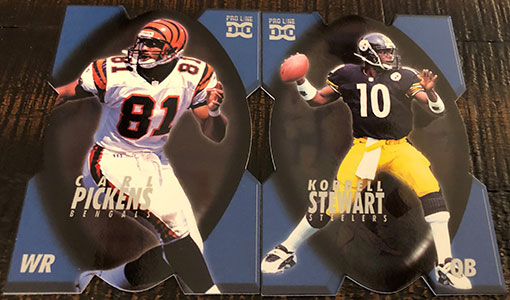 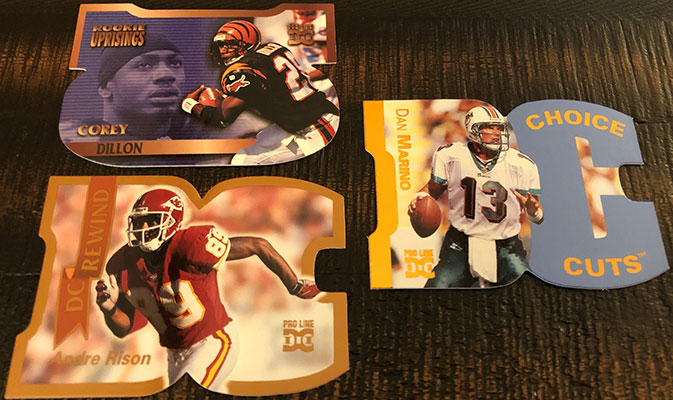 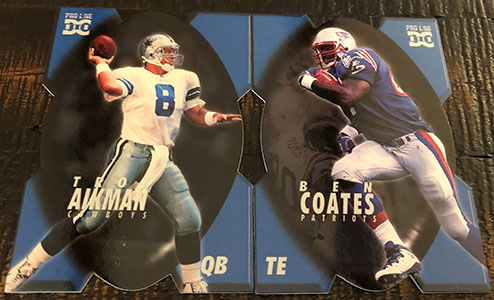 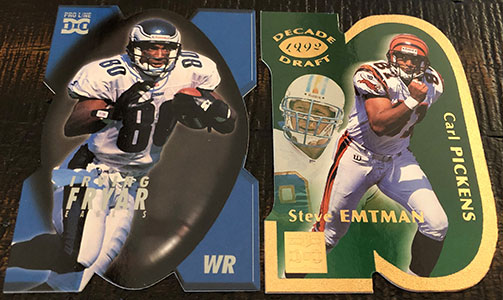 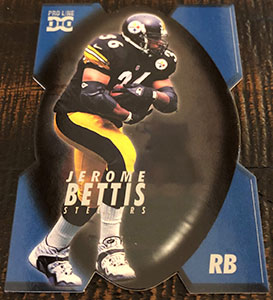 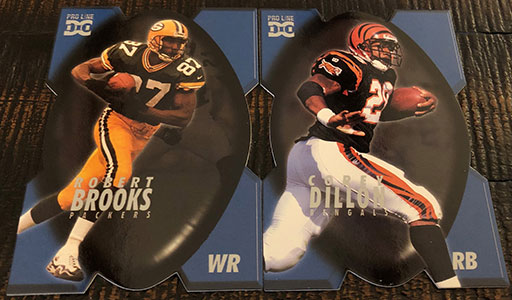 Lastly, the Aikman card back. Score Board created their own rating system for each player. I’m not sure who did the rating, or how they came up with the grades, but it is interesting to look at. 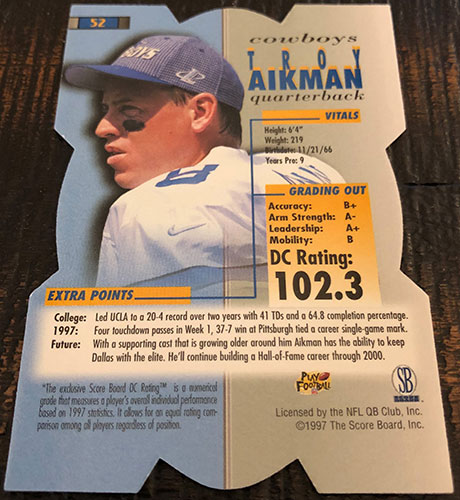 I don’t mind the base set design, although after looking up the 1996 and 1997 releases I think this might be the worst design of the three. The inserts are pretty good and all have some kind of foil design element. However, they are not super easy to pull as I only pulled four total in this box. Even then, I was lucky to even pull that many. I did land the toughest insert, Decade Draft, which is found just once in every two boxes. It wasn’t the best player combo on the checklist, but it could have been worse.