2020 Topps Big League Baseball is undergoing some fairly major changes for the line’s third year. From a price point, it’s still one of the season’s cheaper and more accessible sets. But once you get into the cards, there’s a retro vibe to them. It’s not like Heritage or Archives where old designs are being reused. Rather, it’s the influence of the 1980s and ’90s that can be found.

In addition to regular hobby boxes, Topps is adding hobby collector boxes. These have fewer packs but come with an exclusive MLB action figure from Super7. 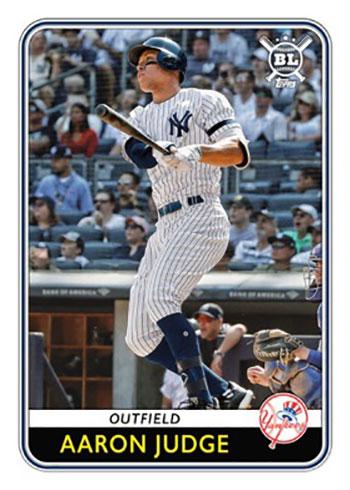 Parallels come in a few levels starting with Orange, which are one per pack. Others include Rainbow Foil (/100), Black and White (/50) and Red Foil (1/1).

Inserts emphasize “fun,” similar to what you’ll find in Opening Day. Instead of an overarching theme of hanging out at the ballpark like Opening Day, Big League inserts go with big, bold designs.

For examples, Defensive Wizards (1:4 packs) cast some of the game’s slickest gloves against a backdrop that would have fit in with the early days of Metal Universe. 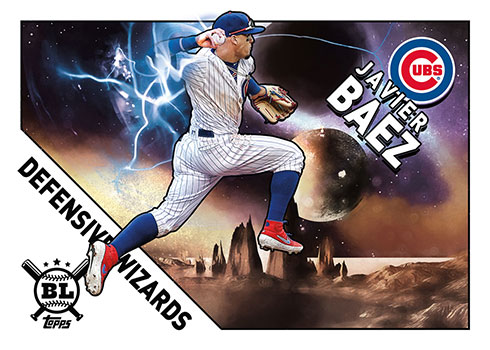 The bat flip gets its own set of cards with Flipping Out (1:4 packs). Other inserts include Roll Call (1:4 packs) and Ballpark Oddities. 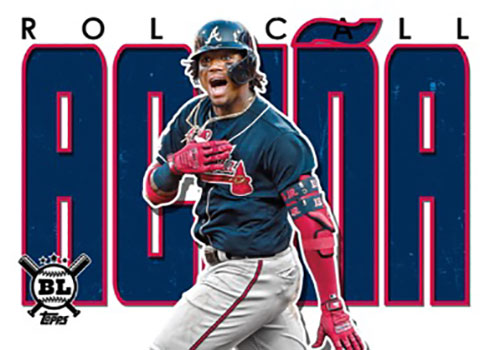 Autographs are not a guaranteed hit in 2020 Topps Big League Baseball. That said, they do exist and come in a few different forms.

Big League Autographs and rookie-centric Opening Act Autographs lead the way on the signature front. These both have Orange Border (/99) and Red Foil (1/1) parallels. 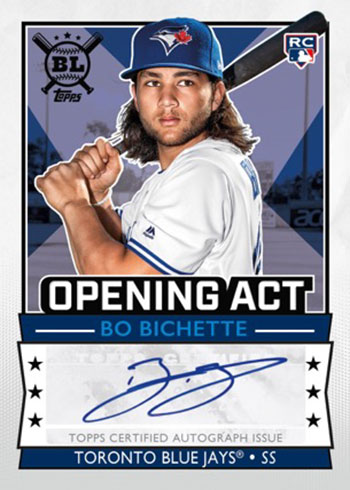 Defensive Wizards, Flipping Out and Roll Call cards also have autograph versions, which are numbered to 25. 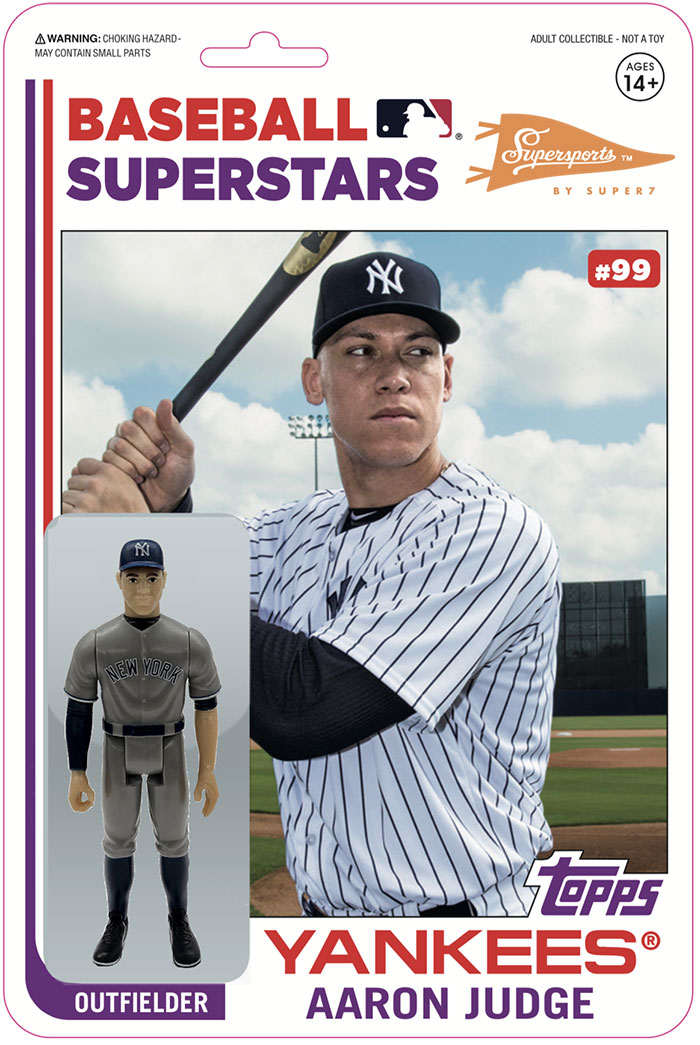 These have different paint applications versus those that might be available separately.

Variation card backs are inserted 1:5 hobby collector boxes. These have an action image as opposed to the posed shot found on the more common figures. 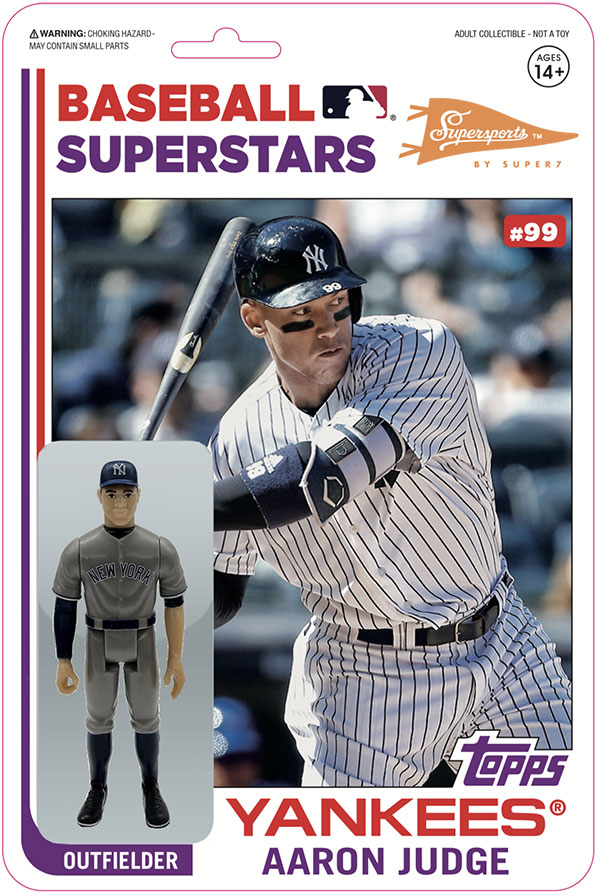