2019-20 Upper Deck Clear Cut Hockey cards are all about autographs. More specifically, it’s about acetate on-card autographs. Like it’s 2018-19 debut, the checklist is a mix of transformed elements from the year’s main Upper Deck Hockey release and some new themes as well.

The base set reinterprets 2019-20 Upper Deck Hockey only through a premium acetate and autograph lens. Base Autos featuring veterans are 1:11 packs. Base Rookie Autos land 1:4. Rookies have an added change that their cards fall under the main flagship look and aren’t Young Guns. 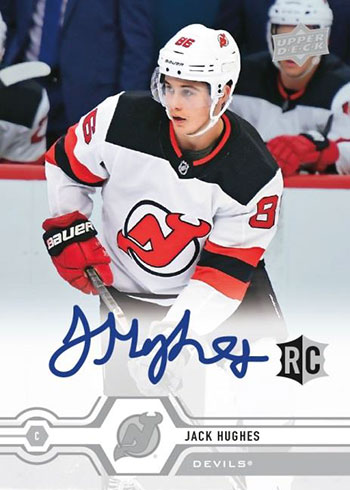 UD Canvas, an Upper Deck Hockey staple, makes the jump to Clear Cut once again. Canvas Signatures have 25 copies each while Red Ink parallels come numbered to the player’s jersey number. Canvas Rookie Debuts are new to 2019-20. The checklist for these has just ten players, each with ten copies. Images on these inserts come from their first NHL game. 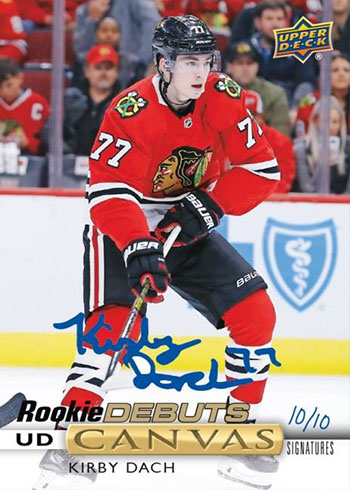 Embedded Endorsements (/99) has a mix of veteran, rookie and retired players. Parallels include Gold (/25) and Orange (/3). 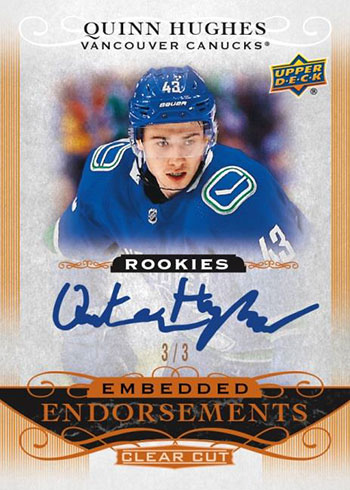 Black Amber Autographs are a new addition. These come with a dark backdrop that acts in contrast to a lot of Clear Cut’s other elements. Rookies are 1:20 while vets and past stars are 1:60. 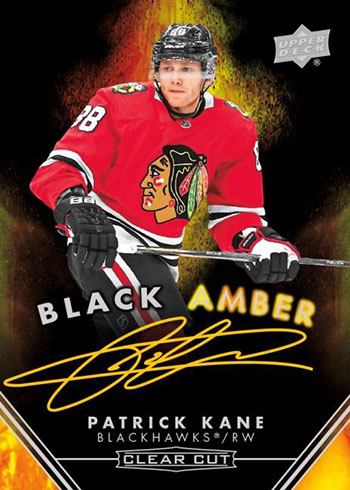 2019-20 Upper Deck Clear Cut Hockey brings back the Metal Universe brand with Palladium Autographs (Veterans – 1:35, Legends – 1:25, Rookies – 1:18). The design on these is reminiscent of the acetate Titanium inserts in 1997-98 Metal Universe Basketball. Rookies have additional Black parallels, which are one-of-ones. 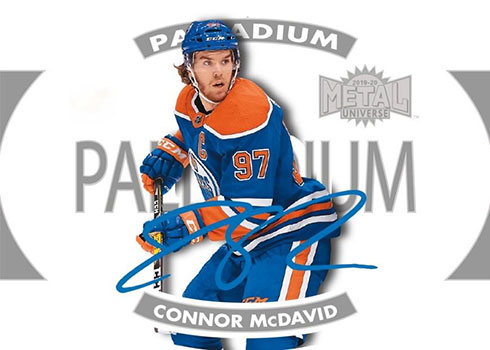 This isn’t the only place the product reaches into the past. Tribute Autographs return with a new batch of cards based on three decades worth of Upper Deck hockey cards. These take the original card, redo it on acetate and add the signature. No cards used in 2018-19 Clear Cut are repeated. 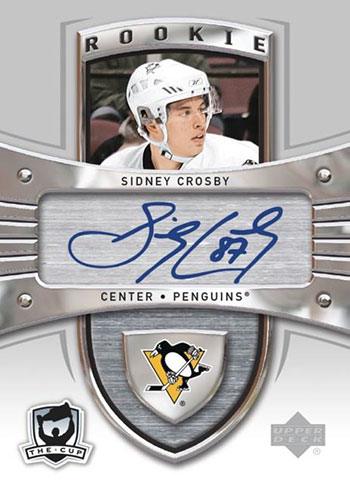 The full 2019-20 Clear Cut Hockey checklist and team set lists will be added as soon as they’re available, likely shortly before the set comes out.

How the Introduction of the Designated Hitter ...