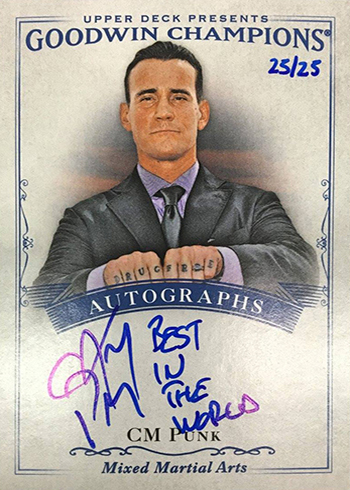 Some of the 2016 Upper Deck Goodwin Champions autographs come with something a little extra, inscriptions. In addition to the regular signature, athletes and other pop culture personalities added a small note like an accomplishment, nickname or shout out to their school. 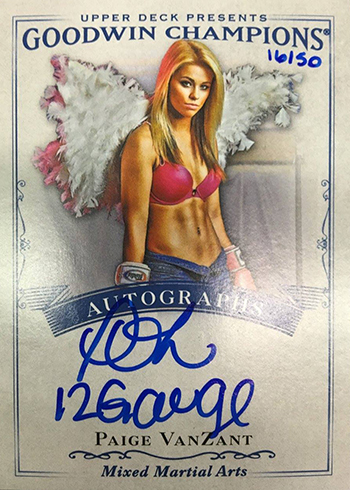 Besides being more limited in nature, it helps set the card apart and bring collectors a smidgen closer. Simply put, it makes the cards different. That said, this marks the first time many of these people have had autograph cards as Upper Deck reaches deep into the world of more obscure sports.

Among the most notable 2016 Upper Deck Goodwin Champions Inscription Autographs is Ben Simmons, the first overall pick in the 2016 NBA Draft. This is his first product with a certified autograph. It also marks the launch of Upper Deck’s autograph exclusive with Simmons, despite not having an NBA license.

For movie fans, director Kevin Smith added “Silent Bob” to 25 of his cards, a nod to the recurring character he’s played in several of his movies. He’s signed cards for a couple of other sets before but this is a new spin. 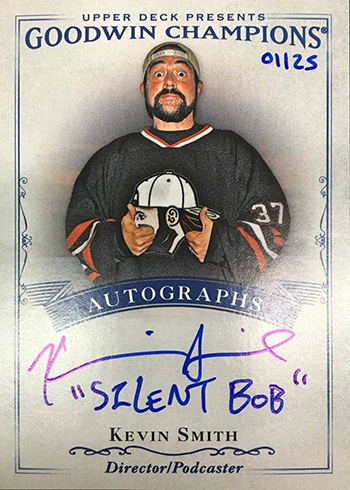 It’s worth noting that archer Khatuna Lorig does not have regular autographs in the product. Instead, she appears to have inscribed all 500 of her cards. By far, it’s the most common of the inscriptions. Overall, it should even out due to her not being in the main autograph group. 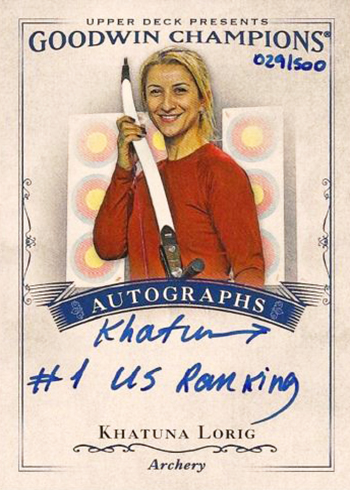 Here’s the full list of athletes and signers that have inscribed autographs in the product. The inscriptions themselves are noted along with the individual print runs.

If you’re looking to add some of these inscriptions to your collection, here’s what’s currently listed on eBay.