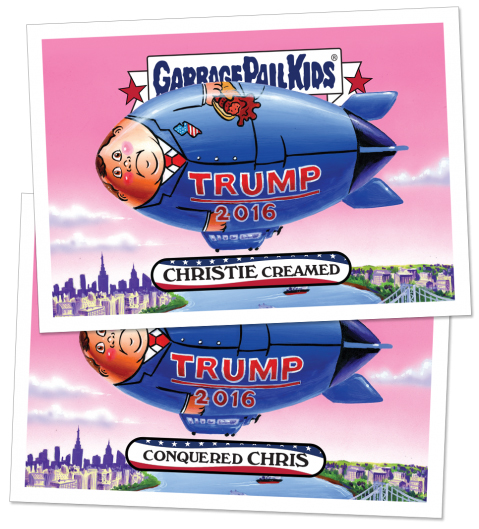 With the nomination process winding down, 2016 Topps Garbage Pail Kids Presidential Losers look back on what a strange campaign it has been so far. It’s another in a long line of online-exclusive mini sets that’s charted the Presidential race thus far.

But rather than focus on more Donald Trump and Hillary Clinton gags, which are starting to grow thin, 2016 Topps Garbage Pail Kids Presidential Losers look at who has been knocked out.

The full set features ten former candidates, each with two name variations. They’re available both in single-candidate pairs ($9.99) and as a full set of 20 cards ($49.99). As with the other GPK campaign sets, they’re being printed to order. Cards are available on the Topps website from June 6-8. After the initial sales window closes, print runs will be released.

1A Little MARCO
1B Rube RUBIO 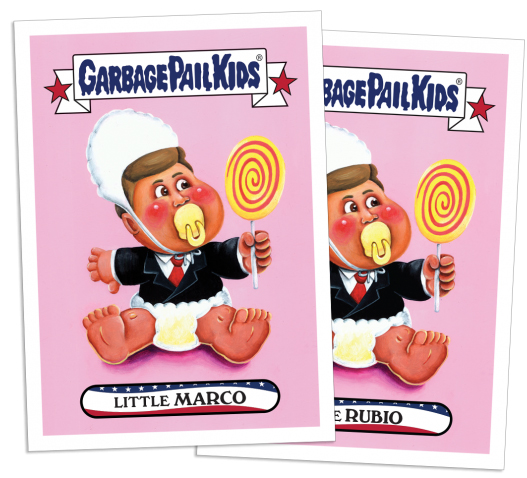 2A Conquered CHRIS
2B CHRISTIE Creamed

3A Brainwashed BEN
3B Conditioned CARSON 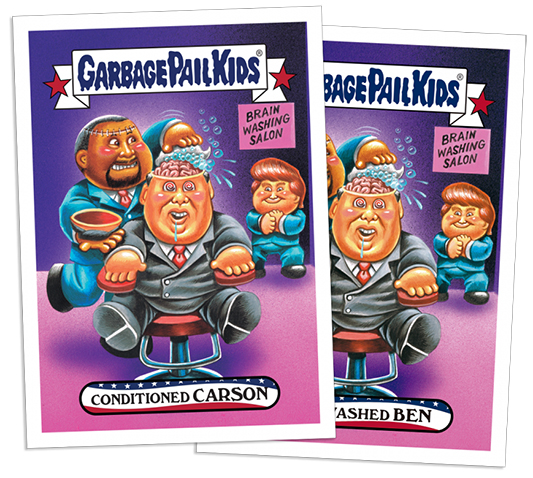 4A Jobless JEB
4B Booted BUSH 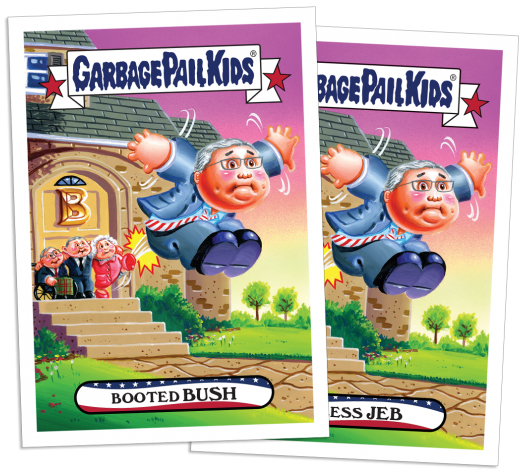 5A Ranting RAND
5B Paranoid PAUL 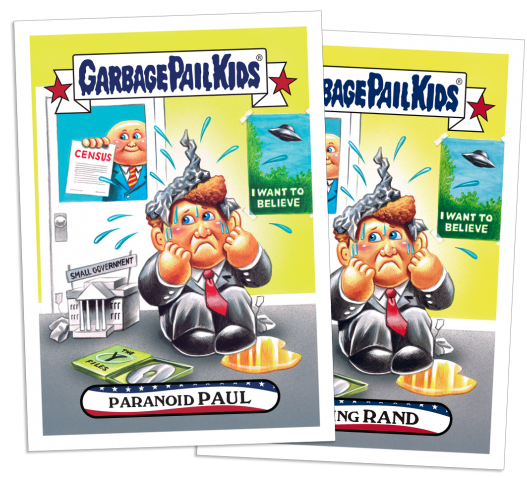 6A Canned CARLY
6B Fired FIORINA 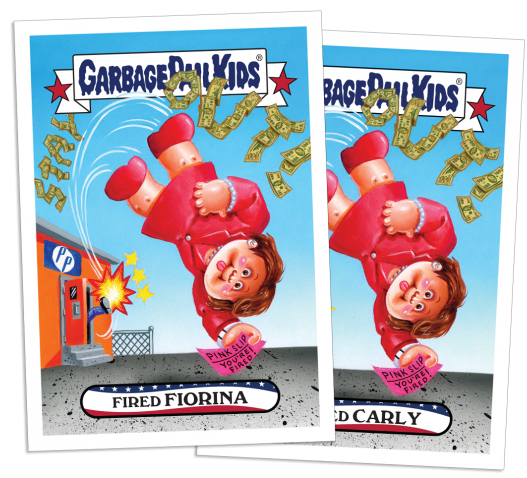 7A RICK Ruse
7B PERRY Ploy 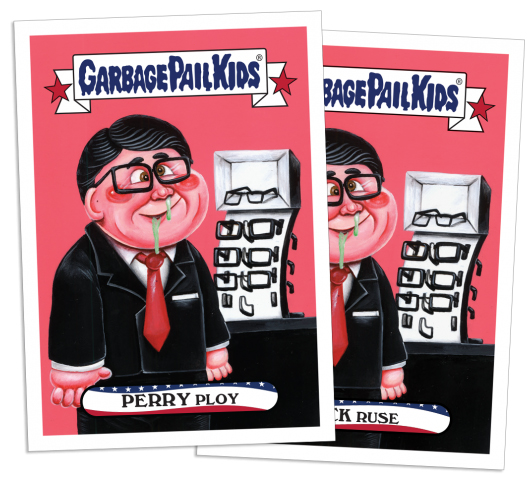 8A Manaical MIKE
8B Heinous HUCKABEE 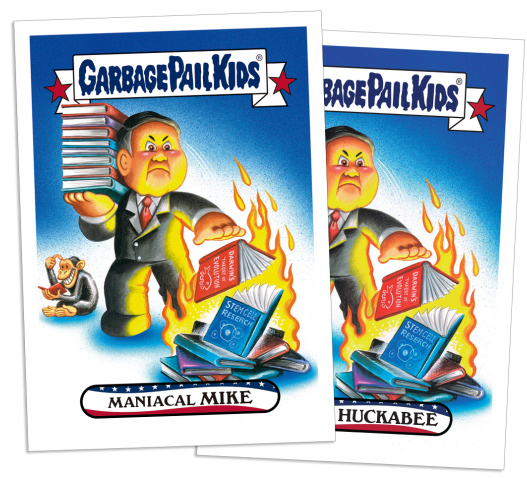 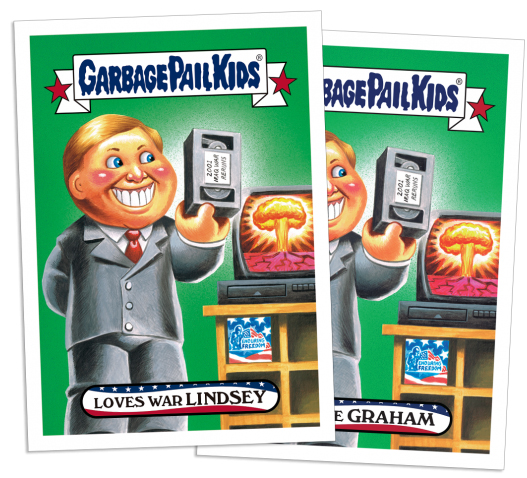 10A Frothy RICK
10B Savaged SANTORUM 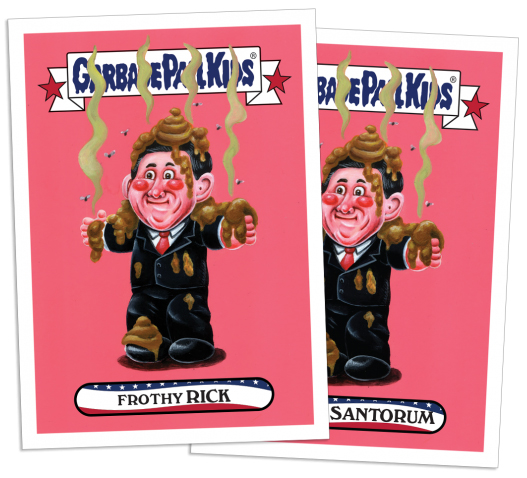