TOTALLY FAKE BASEBALL CARDS: 29 Derek Jeters you won’t see in 2011 … and one you just might

The biggest drama in the baseball world these days is tailor-made for the major media outlets to chew on as it revolves around the most successful franchise in all of American sports, the 27-time champion New York Yankees, and its most-heralded modern-day player and career hits leader, Derek Jeter.

There really might not be a surer thing in today’s sports card world than Jeter, the icon of all icons in the country’s biggest media market, a player who gets a lot of the attention — and a lot of the credit for his team’s success — even if his batting average drops 64 points in a season.

The dreams of many a memorabilia dealer might be dashed if that milestone is reached in anything other than Yankees pinstripes. After all, for all of the Yankees’ most-historic names — Babe Ruth, Joe DiMaggio, Lou Gehrig, Mickey Mantle and so on — none of them ever reached 3,000.

When, or if, Jeter hits 3,000 in Yankee Stadium? It will be one of those moments (you know, one without home runs and allegations later) that Major League Baseball has needed for some time, one of those moments that could carry some serious interest in cardboard and memorabilia.

Could all the oomph that Jeter carries among baseball fans — and particularly collectors — fade if he ends up elsewhere? Does he become Public Enemy No. 1 in New York if he were to somehow end up at shortstop for, say, the Boston Red Sox?

There are a lot of “what-ifs” with the Jeter case … one where he has an offer of $15 million a year for three years reportedly on the table from the Yanks (not good enough) and also one where he’s been told to shop his talents around MLB. After all, you can’t blame a guy for not wanting a pay cut, right?

Can you see Jeter in anything other than a Yankees uniform? It might be tough — but it’s not tough here as the curiosity got the best of me.

You can see for yourself — after the jump.

You won’t see the baseball cards presented here anywhere in 2011 — though I’ll confess I’d like to see one of these show up in, say, 2011 Topps Heritage as the look is modeled after a 1962 Topps card — but there will be at least one that is right.

After all, he has to end up somewhere, right?

With one portion Photoshop skills and one even bigger serving of PhotoChoppery, I assembled this collection of 30 cards. (Sure, a few have a big head here and there, but, hey, he just might be turning down $15 million to play for the Yankees … that takes some ego.)

First, though, here are five scenarios that gave me a chuckle — and you can see all 30 possibilities in the gallery below.

1. Jeter to the Pittsburgh Pirates: It’ll never happen, so soak it up here. We all know that with Jeter’s infallible leadership the Bucs would undoubtedly have their first winning season since 1992 — and, of course, they’d also win the World Series in 2011. The real disappointment for Jeter wouldn’t be the money or change of scenery — it’d be his forced uniform number change. (An “inside source” says the equipment manager will not cough up No. 2. He’s a Red Sox fan.)

2. Jeter to the Oakland Athletics: We all know A’s General Manager Billy Beane has money to burn this season — Eric Chavez is off the books — and we all know Beane likes “damaged goods” players as reclamation projects to flip at mid-season for a boatload of prospects. Now’s the time to exact revenge for the Yankees landing all those big-name A’s through the years — Reggie, Catfish, , Jason Giambi — and take the one from the Yanks that will hurt. (And to add insult to injury, then trade him to the Red Sox at the deadline …) Get on it, Beane!

3. Jeter to the St. Louis Cardinals: We all know Cardinals fans will be bumming when … err if … Albert Pujols leaves via free agency, so perhaps a throwback-type of player will help soothe  wounds? How about by signing a player who’ll remind fans of a past star, a Gold Glover with real range that can rekindle visions of absolute Wizardry with his defense? Oh, wait … nevermind.

4. Jeter to the Colorado Rockies: Seriously, we all know that 64-point drop in Jeter’s batting average from 2009 to 2010 was a fluke. His numbers just can’t be in decline as he’s entering his late-thirties. Really. Sure, Denver has Tim Tebow to compete with, but if you put up numbers you can’t be forgotten … and your numbers can’t go down in Denver. The Rockies already have a star shortstop? Um, well …

5. Jeter returns to the Yankees: While part of me thinks that the top card seen here (Jeter to the Red Sox) might be the best way for a snubbed star to exact his revenge, this long-time Yankee hater (Yep, I said it.) hopes that Jeter — and the Yanks — but all the egos aside and do what’s right for the game and the franchise that he’s been a part of his entire career.

Let’s hope a baseball card like this one can be released in 2011.

How about the rest of the teams? See them below. (Click for a closer look.) 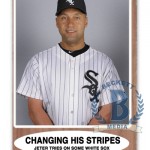 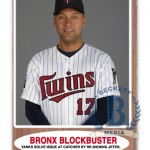 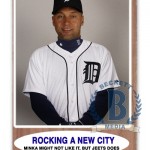 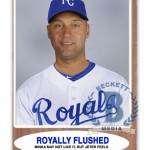 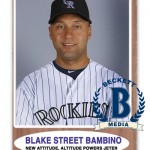 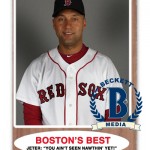 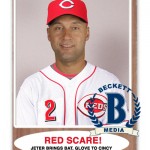 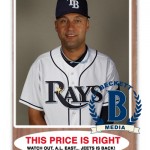 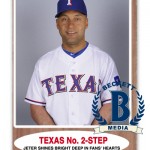 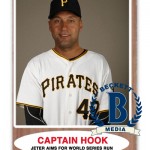 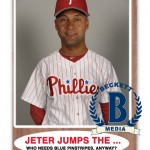 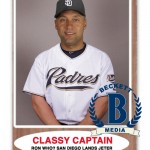 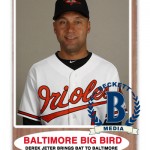 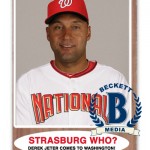 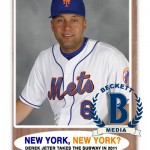 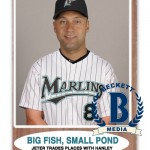 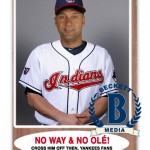 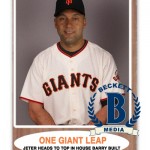 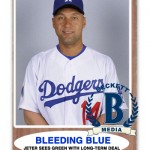 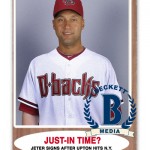 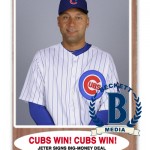 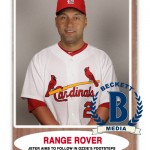 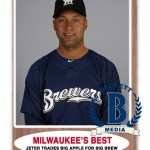 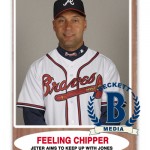 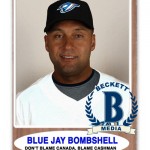 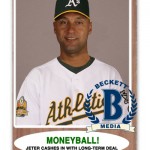 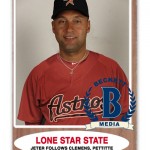 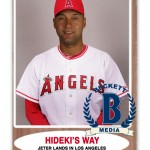 AND WHILE YOU’RE HERE, CHECK OUT THESE STORIES …