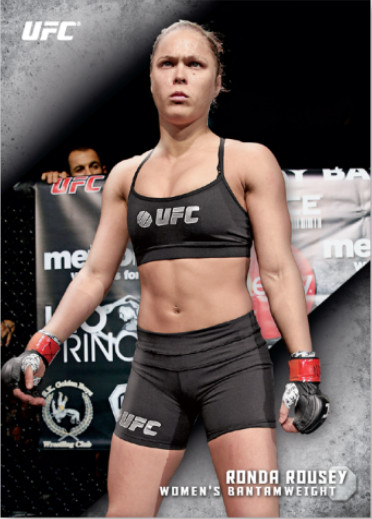 Collectors of mixed martial arts cards and fans of the sport can now display loyalty to their favorite fighters at home as Topps has issued limited wall art for their 2015 UFC Knockout base set exclusively through their online store.

With all 100 cards being faithfully reproduced in a 10″ X 14″ format, there is a solid mix of stars, legends and rising prospects to choose from and the basic version is numbered to just 49 copies. Priced at $24.99 each, some big names could move quite quickly and the competition will be stiff for the gold one-of-one versions that retail for $99.99.