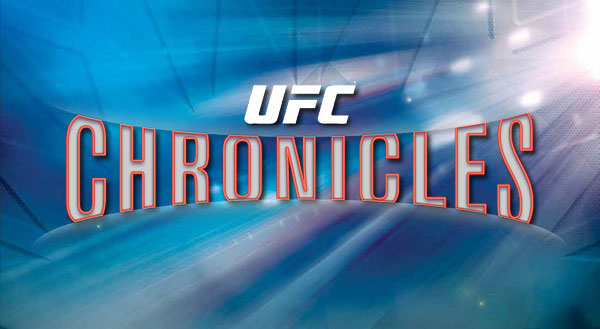 2015 Topps UFC Chronicles is a new brand that charts both the past and the present of the leading company in MMA.

To do it justice, it has the biggest base set for the Topps UFC set and the packs to match. Done in a jumbo pack format, each has 40 cards including five parallels and three inserts.

But just because there’s a big focus on the basic part of the product, that doesn’t mean that autographs and memorabilia are forgotten. Ten-pack boxes still come with five total hits. 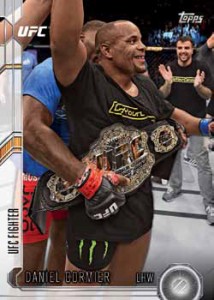 With 300 cards, the 2015 Topps UFC Chronicles base set is the largest the sport has seen to date. In addition to fighters and UFC personalities, the checklist also covers fight highlights and looks back on The Ultimate Fighter. 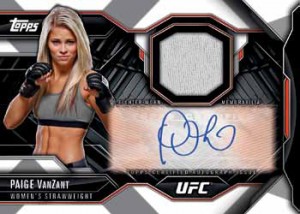 Similar to the base set, signatures come from a mix of current and former fighters. Chronicles Autographs has a large checklist of more than 50 signers covering the history of UFC. Rare parallels come in the form of Red (/8) and Sepia (1/1).

Octagon of Honor Autographs are limited to 25 copies each. These spotlight title holders, record breakers and TUF winners.

A trio of memorabilia inserts follow a similar path for those familiar with UFC cards. Chronicles Relics have a piece of fighter-worn gear embedded in them and have Red (/8) and Sepia (1/1) parallels. Also available are Chronicles Dual Relics that have swatches from either opponents or partners. 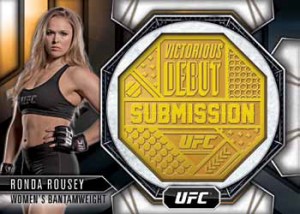 Victorious Debut Medallions are a case hit. These aren’t fight-used. Rather they come with a commemorative medal in them. The medallions mention the way the featured fighter notched their first win in the Octagon. 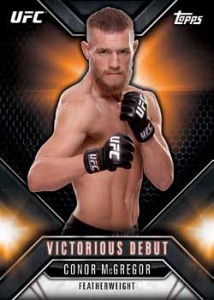 Four basic insert sets combine to land three per hobby pack. After debuting in 2009 Topps UFC Round 1, Victorious Debut returns. These spotlight fighters who won their first fight with the company and how they did it.

Octagon of Honor highlights big achievements while Climbing the Ranks looks at fighters working their way up in MMA.

2015 Topps UFC Chronicles has some randomly inserted cards from early Topps UFC products. These buybacks are original cards, autographs and relics from the first five UFC sets the card maker produced dating back to 2009 Topps UFC Round 1. Like a lot of other Topps buybacks, these have a foil stamp added to them noting their inclusion here.

Besides singles, redemptions for sets, unopened packs and sealed boxes are also included in the buyback program.

2015 Topps UFC Chronicles at a glance: 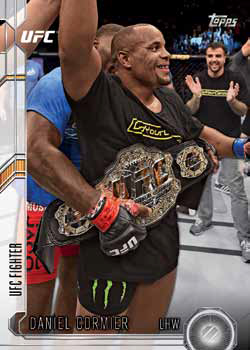 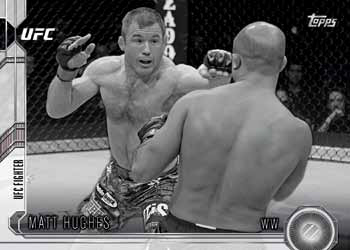 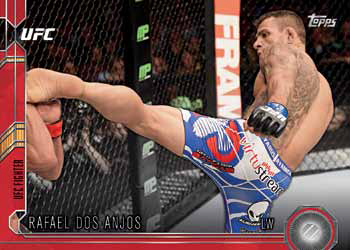 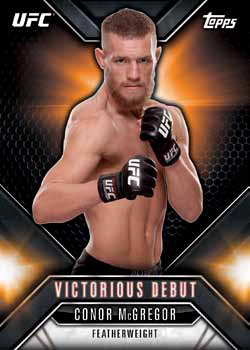 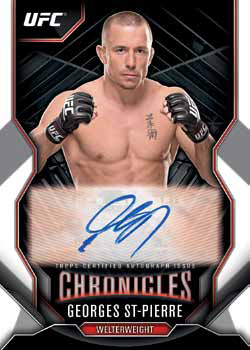 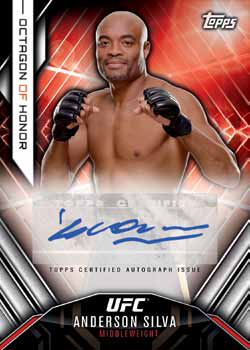 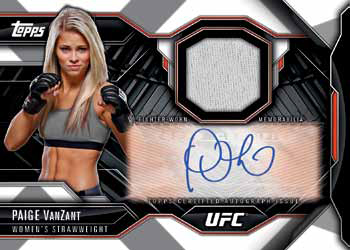 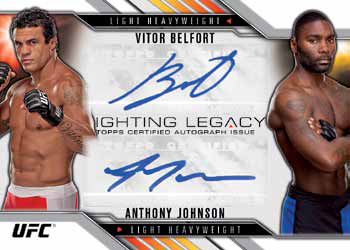 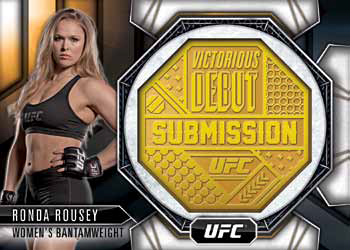