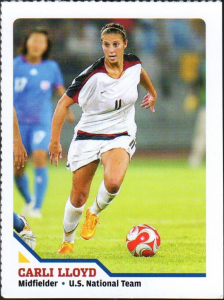 For the first time since 1999, the United States Women’s National Team are World Cup Champions. Throughout the tournament stellar defending and six goals from midfielder Carli Lloyd insured that USWNT would be adding a third star — one for each of their World Cups — to their jerseys.

Lloyd’s performance in Sunday’s Final will go down as one of the greatest World Cup performances in history. Scoring three times between the third and 16th minute – including one from midfield – she set the tone for a game the United States dominated. She was awarded Golden Ball as the tournament’s best player and the Silver Boot for finishing second in scoring, behind Germany’s Celia Sasic. While Sasic and Lloyd both scored six goals in the tournament, Sasic was awarded the Golden Boot because she played fewer minutes. Her World Cup Winners medal will surely be the centerpiece of her already crowded trophy room, which also includes two Olympic gold medals and World Cup bronze and silver medals.

Lloyd currently has just 45 cards cataloged in the Online Price Guide, including seven certified autographs, 10 memorabilia cards and 24 serial-numbered cards. Her first card appeared in copies of 2008 Sport Illustrated for Kids magazines and her most-recent inclusion was in the 2015 Panini Women’s World Cup Stickers set. Her cardboard has not been just limited to soccer sets. She’s appeared — along with many of her USA teammates — in the 2012 Americana Heroes and Legends product, as well as the 2012 Topps U.S. Olympic Team and 2014 Topps Allen and Ginter products.

In honor of her six World Cup goals, here are six Lloyd cards to add to your collection with updated pricing.

1.2008 Sports Illustrated for Kids ($15)
Her first appearance on cardboard, this card can be found in the December 2008 issue. A few lucky collectors look to have picked up copies of the complete magazine on eBay yesterday for between $6-$8. 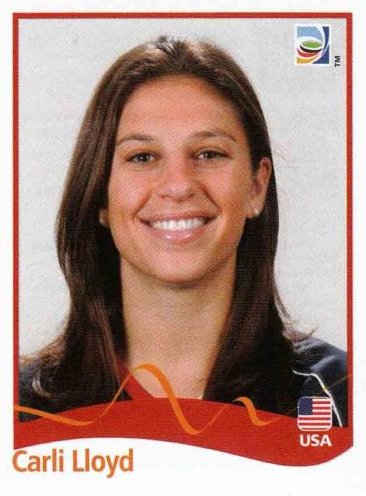 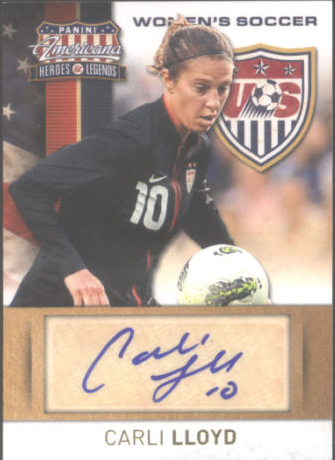 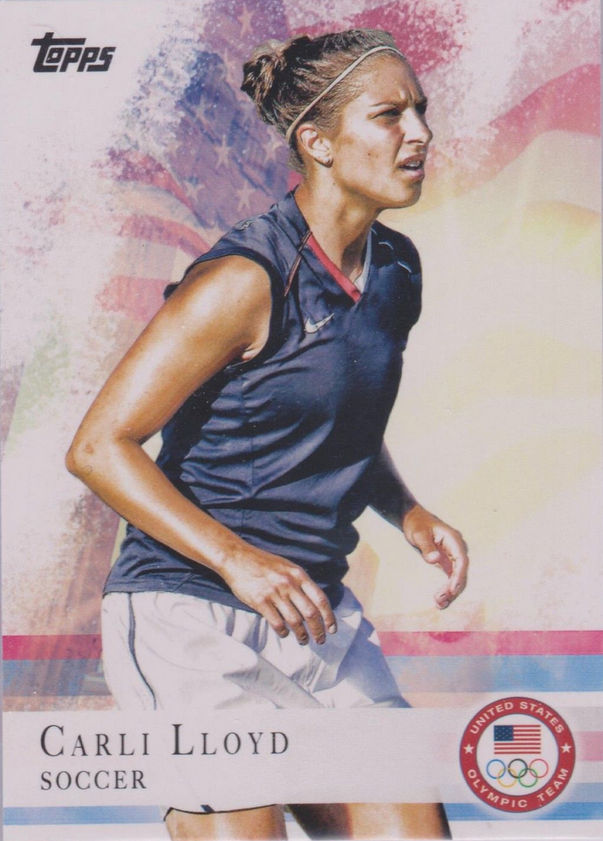 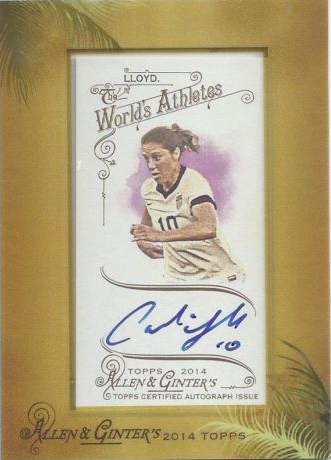 5. 2014 Topps Allen and Ginter Framed Mini Autographs ($200)
Based on recent secondary market activity this has been Lloyd’s hottest card over the last few weeks. The red-ink parallel, hand numbered to 10, reportedly sold for $400 yesterday. 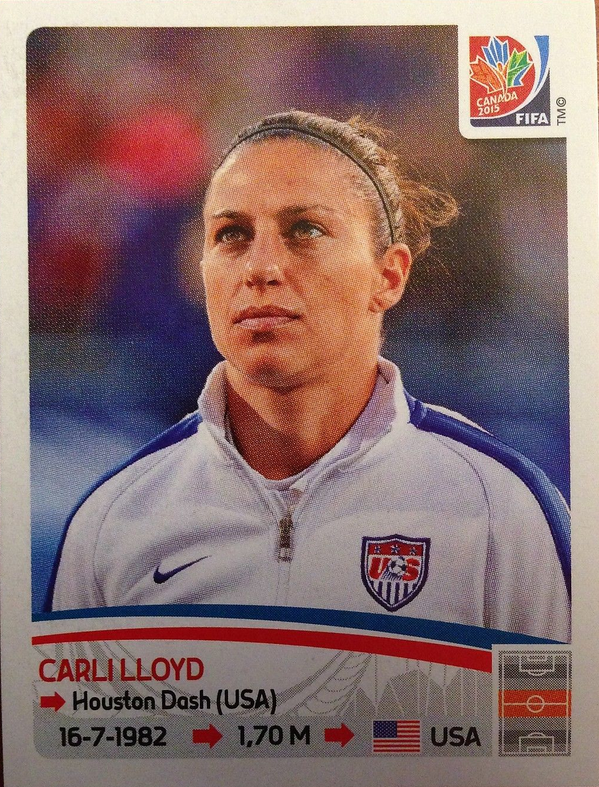