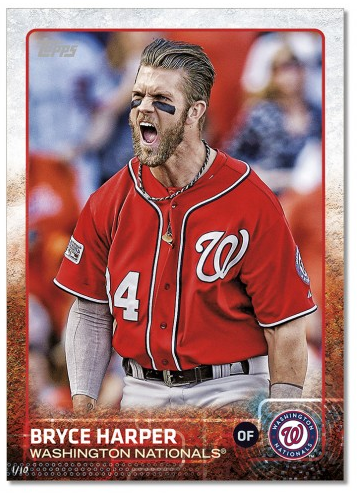 The short-printed variations in 2015 Topps Series 1 that arrived last week just got a lot rarer and a lot bigger.

They’re all limited to only 10 copies apiece in jumbo form as Topps‘ latest wall art series is all about the short-prints — they’re $49.99 apiece over on Topps.com. All 25 photo variations from Series 1 are found in the newest art offering released Wednesday as 10-by-14 prints on card stock with gloss. Each one is hand-numbered. 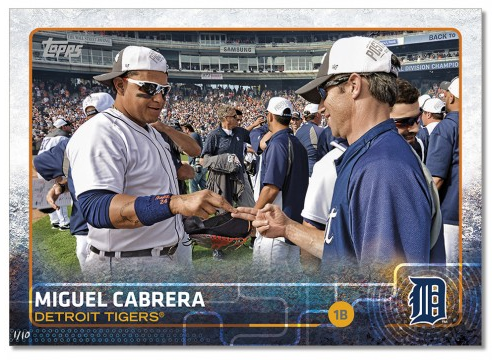 Among the players in this one are Bryce Harper, Derek Jeter, Manny Machado, George Springer, Yu Darvish and Giancarlo Stanton to name a few. The full list of the subjects is below.

Last week, Topps released a series of Black and Gold card for 303 cards in Series 1 — Golds were 1/1s, while Blacks were limited to only five copies.

Topps’ wall art series started arriving on a weekly basis last season with card-like prints and other offerings created to reflect events such as the All-Star Game and World Series in real time.