Topps Five Star comes out in February with its typical high-end cards, but memorabilia from Super Bowl XLVI is also included. In addition to these autographs, collectors can find Five Star Futures Quotable Autographs. Veterans and retired players will make up a big part of Five Star with up to 25 subjects including former Green Bay quarterback Brett Favre. These cards will come in Gold, Rainbow and Five Star parallels along with Five Star Signature Patch cards with the same variations.

There will also be up to 25 Five Star Cut Signatures. At least one booklet card or dual autograph will appear in each box.

The dual cards will feature a mixture of rookies and veterans. One example of a dual card is combination of quarterbacks Michael Vick and Robert Griffin III. The Five Star Dual Autographs checklist features 26 subjects, with each issued in two parallel versions: Rainbow (numbered to 5) and Five Star (1-of-1). Some of the cards will also have patch cards. But two can never be enough. Topps Five Star Football will also include autograph booklets (featuring up to eight different signatures) numbered to 10 or fewer. At least one Jumbo Jersey or Patch Card will be in each Five Star box.

Cards aren’t the only thing in Five Star.

Collectors can pull a redemption for an autographed Rookie Jersey, a Rookie Yearbook Card, or Five Star Giants – 10.5″ x 8.5″ cards – signed by Andrew Luck and Griffin.

The Yearbook will be a giant-sized card with a group picture from the NFLPA Rookie Premiere and patch relic from each player on the right panel of the book. There are just five of these books. 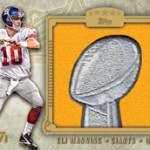 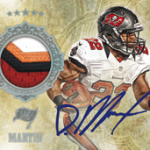 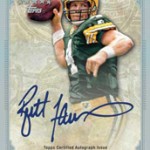 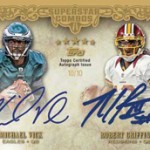 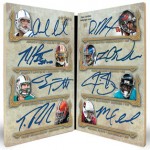 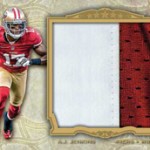 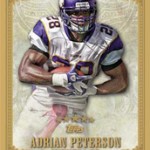 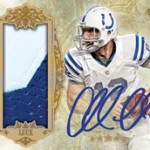 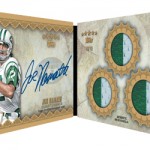 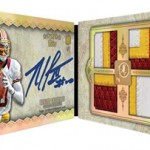 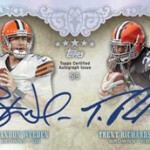 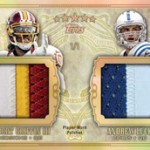