Past, present and future collide in 1971 homage 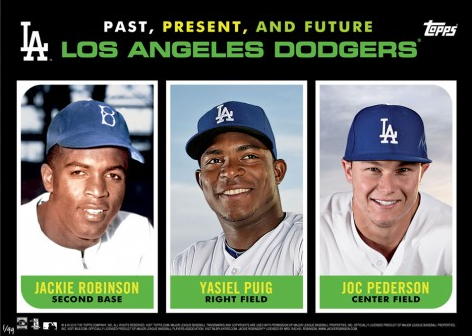 Stars from the past, present and future are in the spotlight in the newest release from Topps.

It’s the Past, Present & Future Collection which was released on Thursday only on Topps.com — the latest line of wall art and oversized cards from the company.

There are a few options for collectors with this one, the first being a 5- by 7-inch complete set of postcards that is hand-numbered to only 99 copies. It will include all 16 cards in the 1971 Topps homage for $39.99. 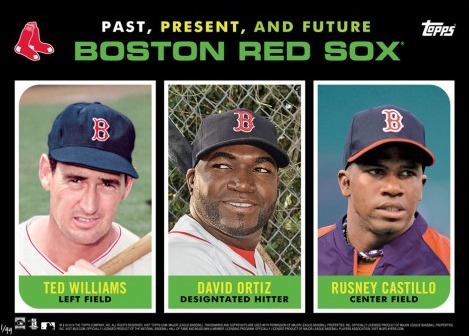 Each piece showcases three players tripling the star power and the potential. For the Cubs, for example, there are Ernie Banks, Anthony Rizzo and Jorge Soler. For the Padres, it’s Tony Gwynn, Matt Kemp and Rymer Liriano. For the Red Sox, we get Ted Williams, David Ortiz and Rusney Castillo.

Other teams in the lineup for this one include the Mets, Yankees, Astros, Dodgers, Tigers, Cubs, Giants and Phillies.