These Michael Jordan Valentines Are Awkward and Awesome

When you’re an adult, Valentine’s Day is stressful. Either you’re with someone and you have to remember to go out and get just the right card. If you’re single, then it’s like salt, vinegar and acid all in the same wound. 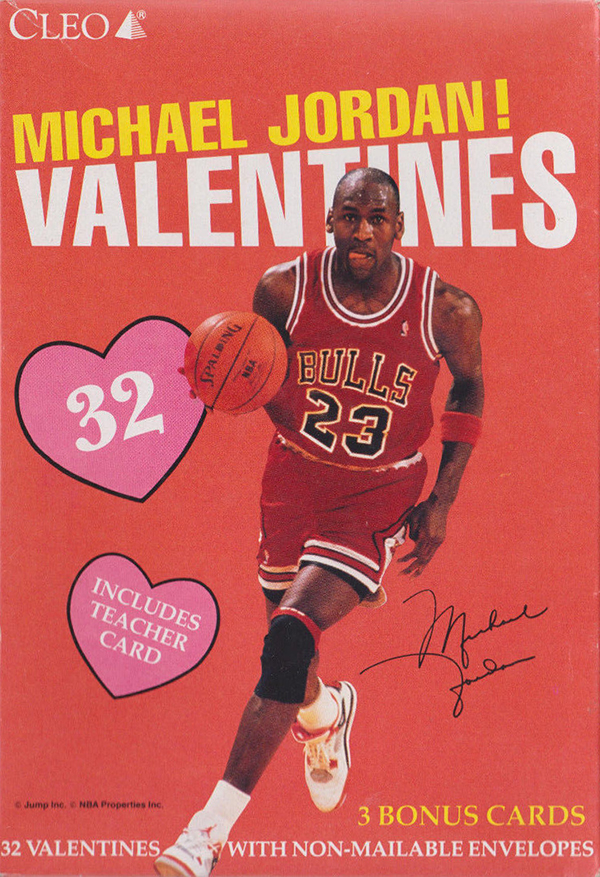 But what about when you’re a kid?

You’ve got an entire class to write the little cards for. But not every card in that box is equal. Nor are your classmates. You need the perfect one to pass on to your crush. It has to say something, but not enough to tip your hand and make you blush. Others have to be neutral simply because you don’t know them very well or you’re just giving them one out of duty. Valentine’s Day is a complicated time for elementary kids.

Thankfully, for those of use who grew up in the late ’80s and early ’90s, we had Michael Jordan valentines watching out for us.

A couple of different sets of Michael Jordan valentines came out between 1989 and 1991 from a couple of companies — Cleo and Gibson’s. And they might be the most awkward Michael Jordan cards in existence.

Just like all school valentines, the Michael Jordan ones are loaded with bad jokes and wordplay. It’s one thing when it’s Dora the Explorer, Darth Vader or some cartoon character. But when there’s a real person with the caption, “Time out for fun,” it’s something else entirely.

And when you don’t really know someone and need something safe, there was always, “You’re cool!”

From a collectible standpoint, there’s some interest in these but not a lot. It’s Michael Jordan so there’s bound to be some interest. They’re just not generally worth much.

Besides the NBA ones from Jordan’s playing career, more valentines were made with Jordan for Space Jam.

However, if you’re looking to create some of that grade-school Valentine’s Day magic around the office, these are a lot cheaper than a fruit plate.

For your pleasure and week’s worth of word play, here’s a selection of Valentine’s-inspired MJ wisdom. 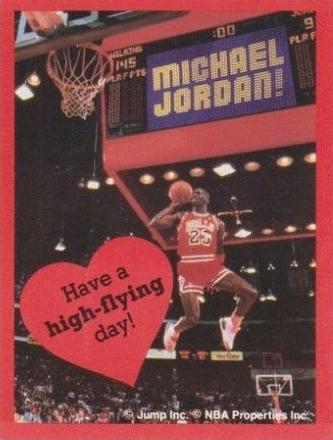 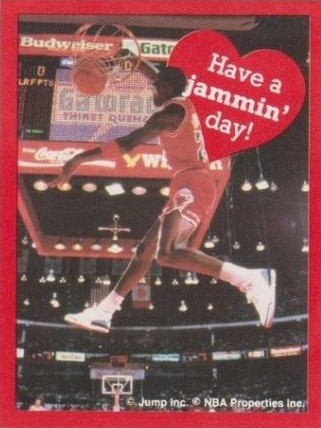 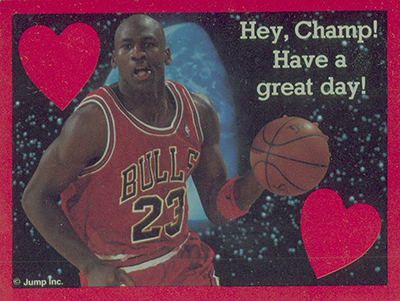 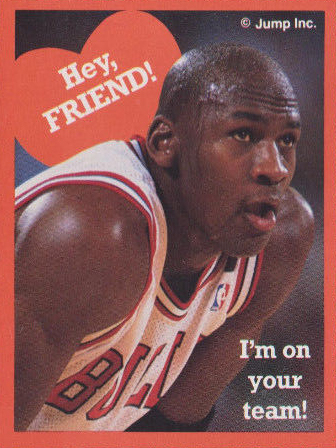 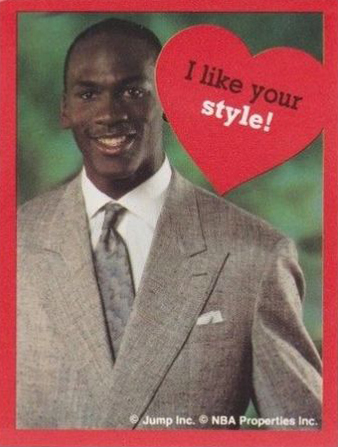 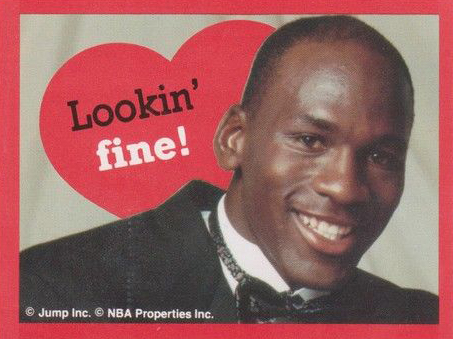 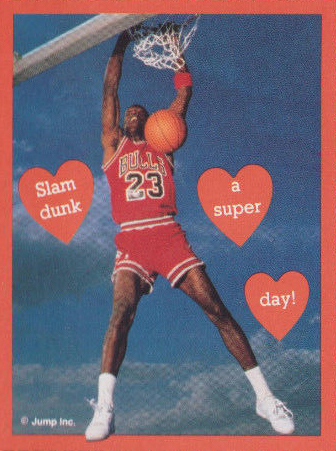 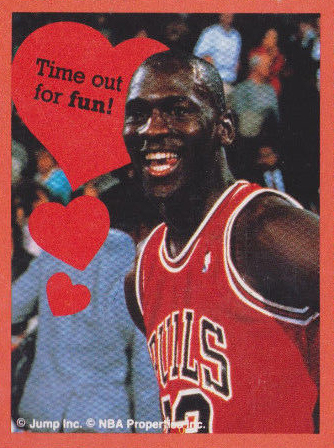