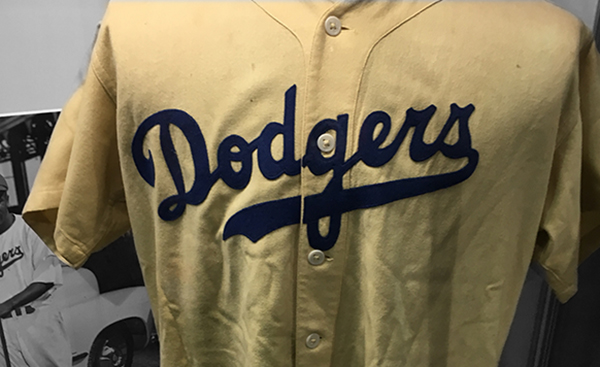 Any game-used jersey is great. A gamer from a Hall of Famer is even better. But some are just special. A game-used Jackie Robinson jersey from 1947, his rookie season, is a piece of history heading for auction in October.

According to Heritage Auctions, the company selling the jersey, it could go for more than $2 million.

The Brooklyn Dodgers jersey comes with family provenance from the family and has been photo matched to come from Robinson’s historic first season in which he broke baseball’s color barrier. 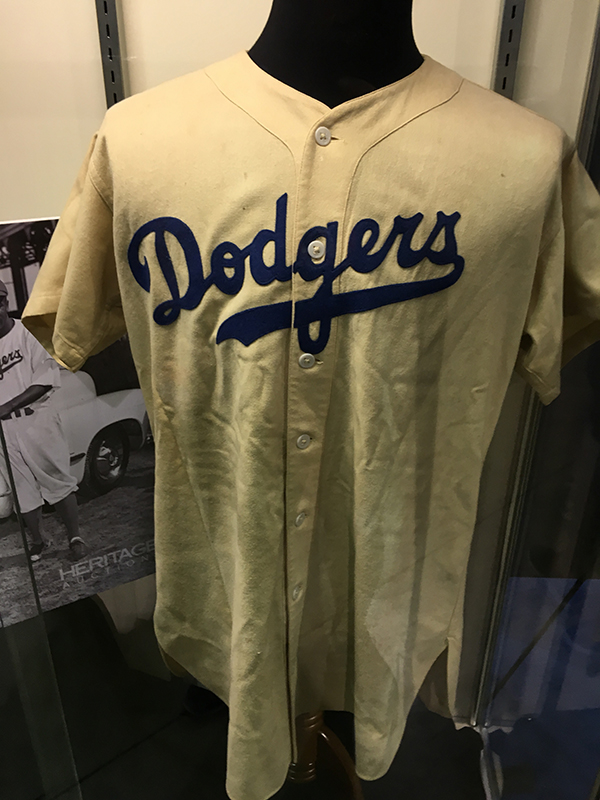 The Jackie Robinson rookie jersey is on display at the National Sports Collectors convention where it is front and center at the Heritage Auctions booth. Although surrounded by dozens of museum-quality pieces of sports history, it certainly stood out. That’s not just because of the importance and story behind it, but the quality as well. The jersey has a grade of A9 from Mears.

Besides wearing the jersey during his rookie season with the Dodgers, Robinson donned it again for Jackie Robinson Day at Ebbetts Field on September 23, 1947.

Bidding on the Jersey

The lot is part of Heritage’s Heroes of Sport Live Auction. It closes on November 19.

This isn’t the only historic piece of Jackie Robinson memorabilia coming up for auction this fall. His original rookie contracts with both the Dodgers and minor league Montreal Royals are being sold as a lot by Goldin Auctions in November.