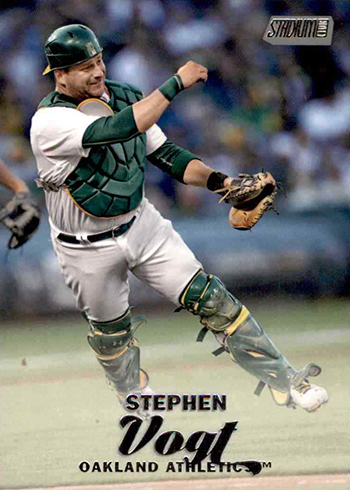 Stephen Vogt’s home was recently robbed. And while he and his family are fine, some things were taken. Among them were pieces from his personal collection of memorabilia.

Now Vogt is asking for help in locating it.

The Brewers catcher posted the following note on Twitter:

Anyone that can help please let me know!!! pic.twitter.com/rkqVwy9Ht2

According to The Olympian, it was his home in Olympia, WA that was broken into. His wife, Alyssa, confirmed this in a response to the original tweet.

While Vogt’s note doesn’t go into specifics as to what was taken, the article does say that his All-Star jersey was among the items.

Vogt is asking fans and collectors to be on the lookout for any personalized items that might have an inscription made out to him.

Anyone coming across something suspicious can reach out to Vogt through his Twitter handle (@SVogt1229). The local police are another option.

Vogt was an All-Star with the Athletics in 2015 and 2016. He joined the Brewers this past June after being claimed off of waivers.