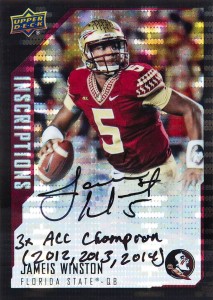 The first football card product of the year from Upper Deck will be Upper Deck Inscriptions. As the name suggests, there are plenty of autographs and, well, inscriptions.

Each pack includes four autographed cards featuring on-card signatures. There are three base Silver autographs and one parallel in each pack. Parallels include Red numbered to 149 or less, Black numbered to 25 and Gold numbered to 10. 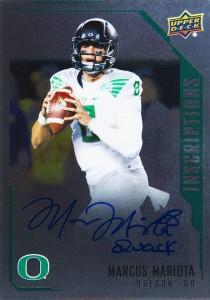 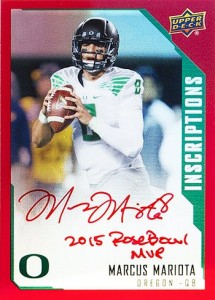 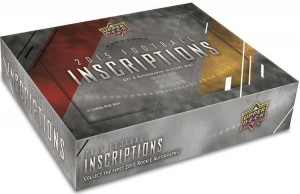