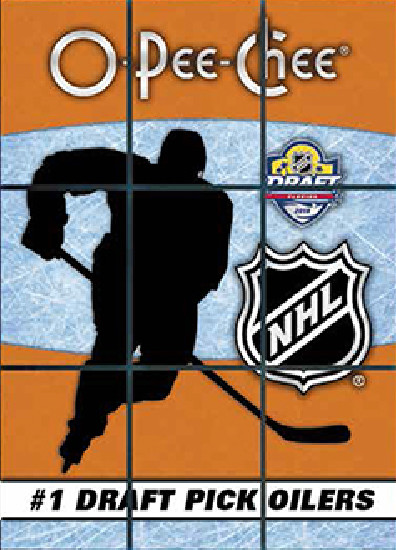 The Connor McDavid era has officially started as he hit the ice for his first official NHL game in St. Louis against the Blues this evening. As the hockey world awaited the arrival of its newest generational talent, Upper Deck announced that the window is now closed for its redemption program for a special and limited card featuring the top selection in the 2015 NHL Entry Draft.

The first 97 collectors that were savvy enough to quickly put together the nine-piece puzzle found in packs of 2015-16 O-Pee-Chee Hockey and send them in to Upper Deck are now set to receive a special First Overall Pick card of the young phenom in the coming months. This card has the potential to be a hot commodity on the secondary market once they are in the hands of hobbyists.

“It has been a lot of fun to watch collectors use a variety of resources to complete their O-Pee-Chee Draft Pick puzzles,” said Upper Deck’s Senior Marketing & Social Media Manager Chris Carlin. “We noticed a lot of fathers completing puzzles with their children which is awesome as they likely forged memories that will last for some time. Connor is a polarizing player and with his debut, we can officially share he will be the player depicted on this card. The cards can now move forward with the production process and we look forward to getting them to fans in early December.”

Upper Deck has noted that it has several photographers at the game to capture images of McDavid for his Young Guns rookie card that will be found of 2015-16 Upper Deck Series One Hockey. Releasing in time for the Fall 2015 Sportcard & Memorabilia Expo on November 6, the company will be busy putting together the perennially popular subset in the coming days.

Also making their debut on the same day as McDavid  is fellow rookie Jack Eichel of the Buffalo Sabres along with other promising freshmen such as Carolina’s Noah Hanifin, Pittsburgh’s Daniel Sprong, and Colorado’s Mikko Rantanen.