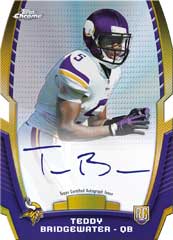 If you love Topps Chrome Football cards, Topps is hoping you’ll enjoy it just a bit smaller. Topps is introducing 2014 Topps Chrome Mini Football, which is set to come around Christmas.

Each box of 2014 Topps Chrome Mini Football will have 24 packs with four cards in each pack. There will be one mini Rookie Autograph card per hobby box.

There will also be Rookie Autograph Image Variations.

The inserts will feature Fantasy Focus and 1985 Topps Football designs. The 1985 Topps designs will fall at a rate of just one per box, but will come in Refractor, Pulsar, Superfractor and Autograph versions. 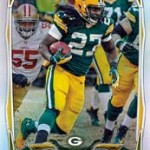 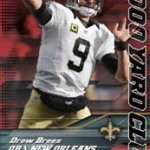 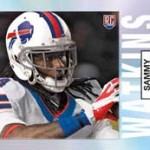 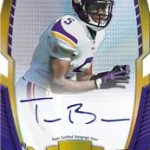 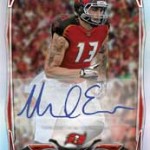 Your Turn: Sabermetrics get showcase on short-printed ...