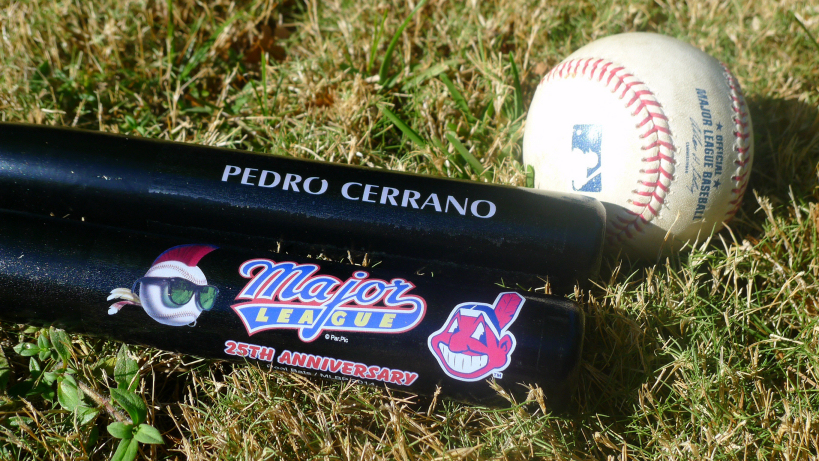 If you thought the Major League madness was over, well, think again.

The 25th anniversary of the film that brought Ricky “Wild Thing” Vaughn, Willie Mays Hayes, Pedro Cerrano and Roger Dorn to life has generated some red-hot baseball cards from Topps this summer — and the commemorative items for the fictional Cleveland Indians team just keep coming with the latest coming from Florida-based ReelBats.com.

That’s the company that created, in conjunction with Louisville Slugger and various movie studios, full-size name-model bats for several baseball movies about five years ago. Those full-size replica Louisville Sluggers came with a full-size price, but these new bats are only $9.99 plus shipping.

But that’s not all … On July 19, the Akron Rubber Ducks — the Indians’ double-A team — will give away Jake Taylor “bobble-knee” dolls and auction off Major League-style jerseys worn by the team. (That team did a Roger Dorn snowglobe last season — apparently part of a tribute night.) 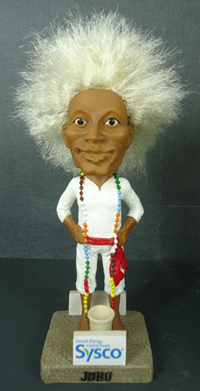 On Aug. 1, the Lake County Captains — the Indians’ single-A team — will give away 1,500 Jobu bobbleheads. The team also will wear jerseys that will then be auctioned after the game. The team is located in Eastlake, Ohio, about 20 miles north of Cleveland and the date of the promotion coincides with the National Sports Collectors Convention that runs from July 30 to Aug. 3 in Cleveland.