Panini America revealed the latest edition of Prime Cuts on Tuesday and the 2012 edition will arrive in October — just six months after the arrival of the 2011 product.

The company promises that the new edition has been “revamped, redesigned and re-engineered” from the previous version — an offering without prospects that were found heavily in the 2011 version and one instead relying upon Hall of Famers, current players, current rookies and other memorable players from the past.

Each two-card pack of the product will include one autograph and one memorabilia card or a pair of signed cards. There will be 15 packs per case, while the RCs will be numbered to 99 or less and there also will be some fresh prospects — memorabilia cards and autographs from the 2012 USA Baseball Collegiate National team.

The base set will be comprised of 50 memorabilia cards — each numbered to 99 — 50 signed cards (Century Signatures with Gold, Silver and Platinum parallels), 22 USA Baseball autographed jersey cards, 50 Timelines Materials autographs and 36 Timeline booklet cards, according to the company.

The Significant Signatures and Notable Nicknames inserts will each be limited to 49 or fewer copies and include Hall of Famers such as Tom Seaver, Robin Yount, Ernie Banks and Johnny Bench to name a few, while other legends to appear on memorabilia cards will include Ty Cobb, Jackie Robinson, Ted Williams, Lou Gehrig and Rogers Hornsby among others. It also will include new stars such as Albert Pujols and Yu Darvish. The Nicknames cards will be a mix of Hall of Famers and newer players such as Josh Hamilton and Larry Walker.

Hats Off Signatures cards will showcase a piece of a game-used cap as well as an autograph for Pete Rose and 11 Hall of Fame players, while Notable Nicknames Cuts will include the likes of Williams, Satchel Paige, Connie Mack and Casey Stengel to name a few. 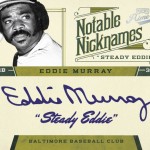 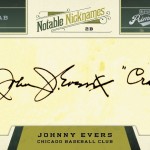 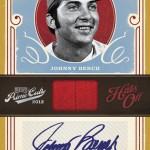 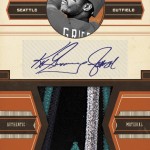 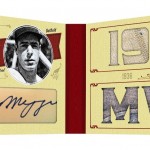 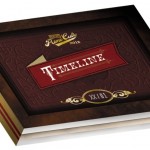 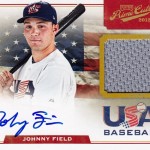 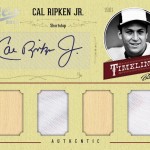 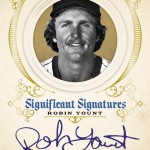