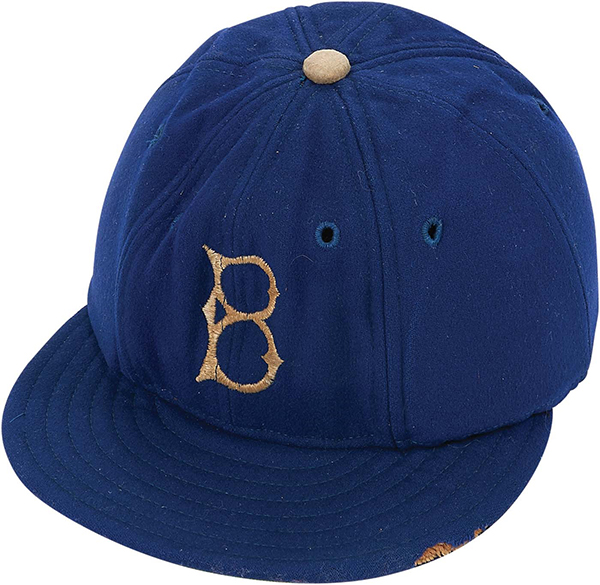 A game-used cap worn by Jackie Robinson in 1948 sold for $590,994 early Saturday morning through Lelands. The price is a record for a piece of baseball headgear.

While the history behind such a piece is rich with many layers to begin with, there’s even more to the story behind this particular cap.

Early in Robinson’s career, batting helmets were not common in baseball. When Robinson broke MLB’s color barrier, it wasn’t without controversy. He was a marked man and easy target for opposing players.

So three plates were sewn into this particular cap. Robinson needed the added protection in case he was drilled in the head by opposing players or by intentionally stray throws and other objects while on the base paths. 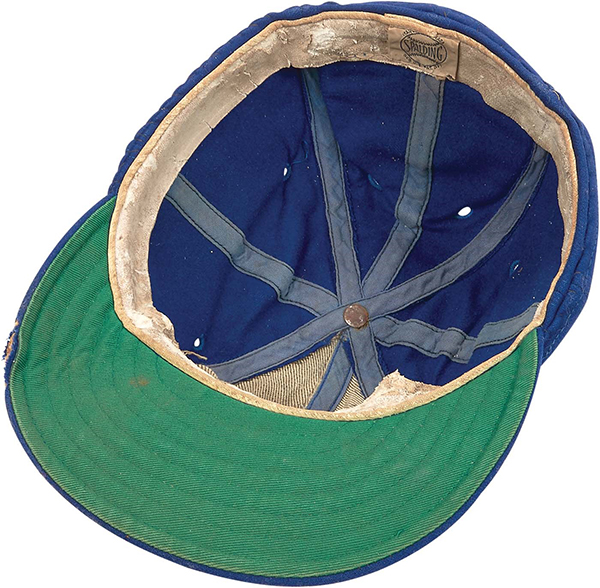 The cap originated with Robinson’s family and was accompanied by a letter from Rachel Robinson, Jackie’s wife. According to Lelands, it had a pair of owners prior to this latest sale after being acquired from the Jackie Robinson Family Collection. 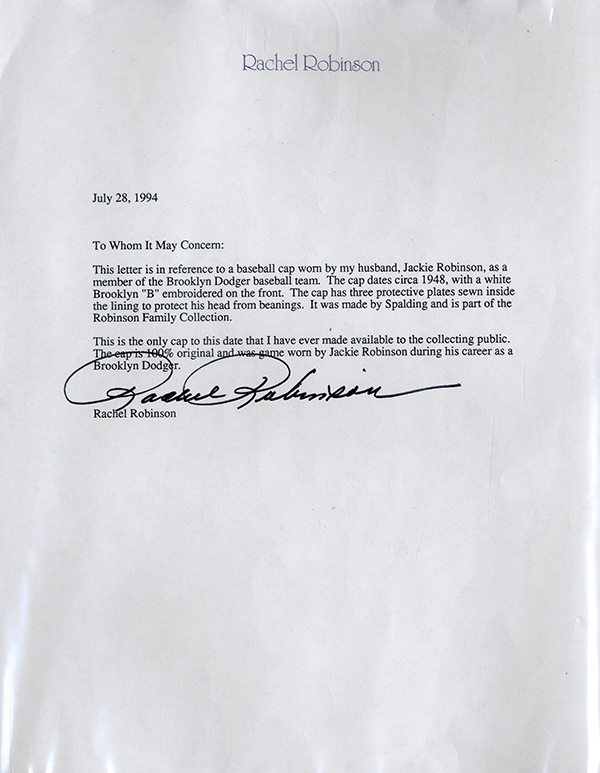 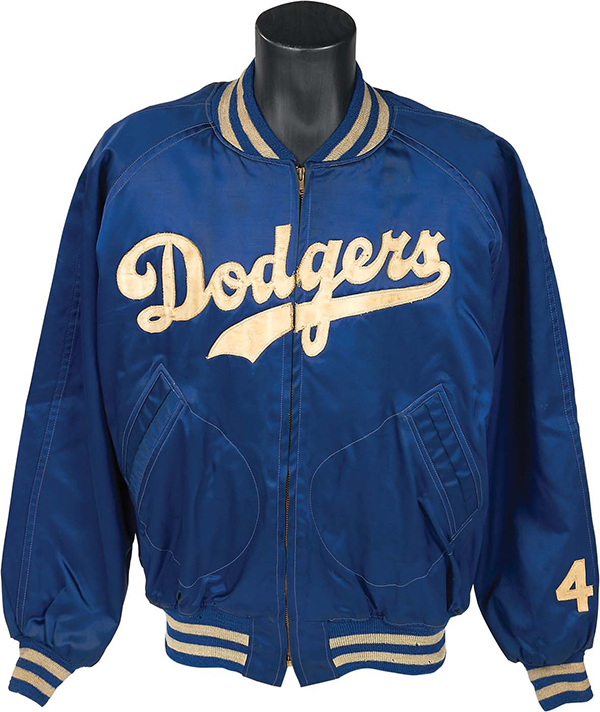 These aren’t the only major piece of game-used Jackie Robinson memorabilia being sold this fall. Heritage Auctions has a 1947 game-used Robinson rookie jersey ending on November 19. Bidding is already over $1 million. It’s expected to cross the $2 million mark.

Goldin Auctions has Robinson’s first contracts with both the Brooklyn Dodgers and Montreal Royals packaged together as a lot, also to be sold in November.