1991 Pro Line Portraits Football is….different. The most obvious difference compared to other sets of the time is the photography. No in-game action shots were used in the set. Remember high school senior portraits? Kind of like that. The photography features everything from Starter jackets and saxophones to belt buckles and Zubaz. 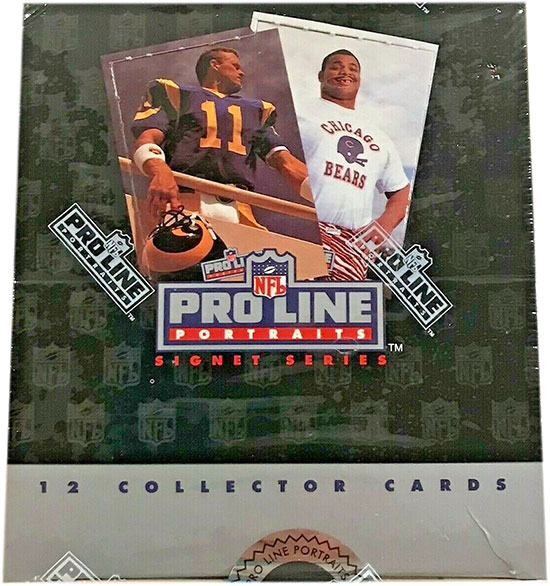 There’s also the inclusion of some of the players’ wives in a seven-card insert set called Spirit.

The last, and most innovative, difference is the inclusion of certified autographed cards. The cards were signed on the back, with an embossing that can be seen on both sides of the card.

The 1991 Pro Line Portraits base set consists of 300 cards including 24 rookies. The base cards are borderless, with the card fronts showcasing just the release’s logo on top of the player photo. No names are on the fronts, though.

The set also features a 302-card autograph checklist. Some of the game’s biggest names signed for the set including Troy Aikman, Dan Marino, Walter Payton, Jerry Rice and Emmitt Smith are on it. 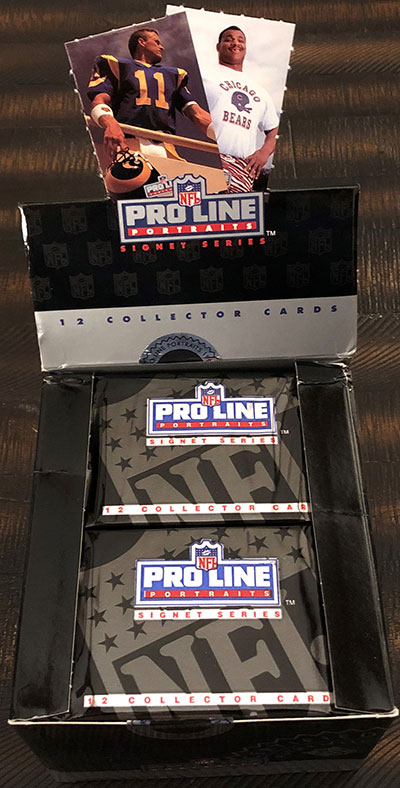 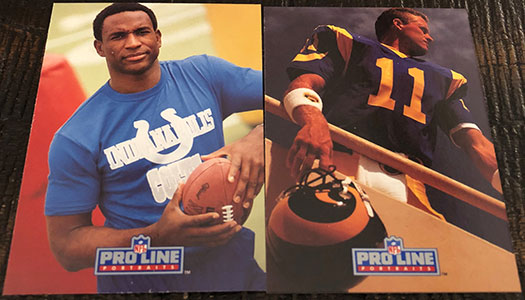 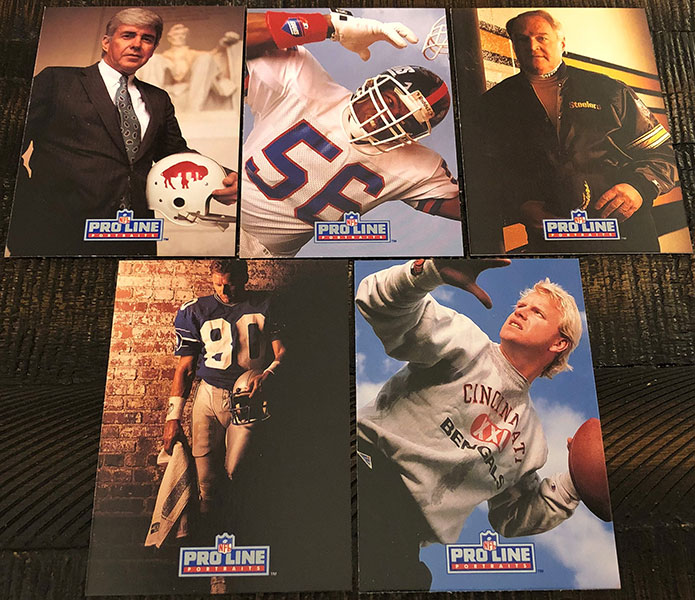 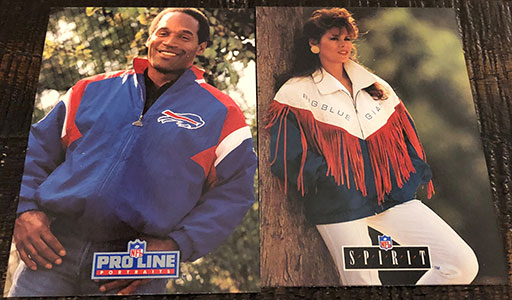 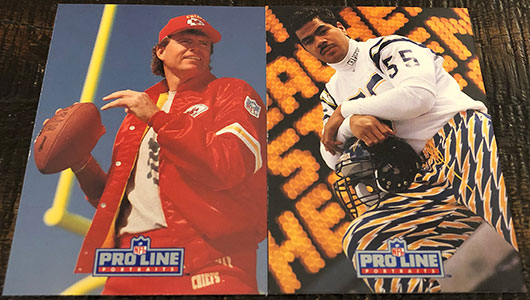 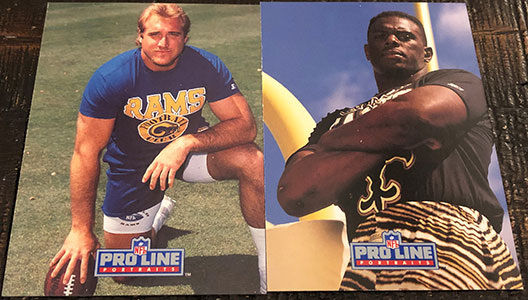 Jackie Slater & Dick Macpherson. Can you imagine Belichick wearing this Patriots sweater on the sidelines today? Cut off sleeves, of course. 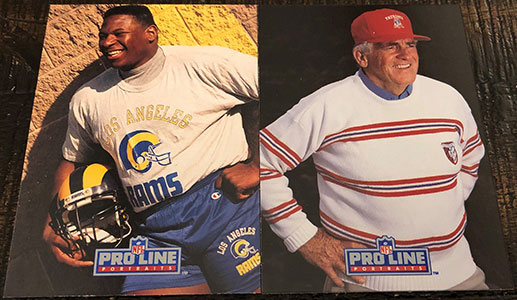 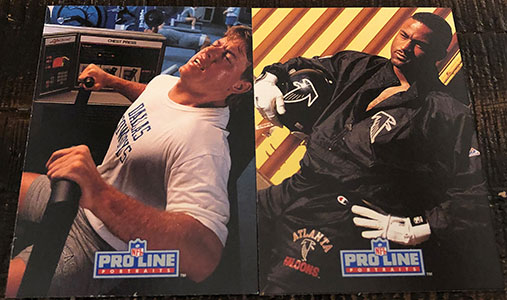 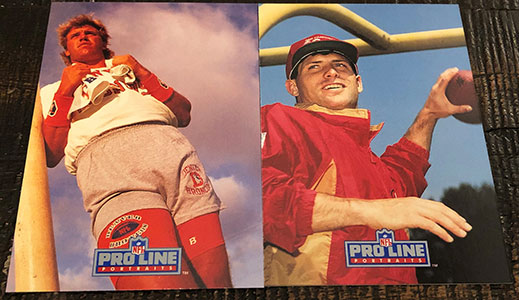 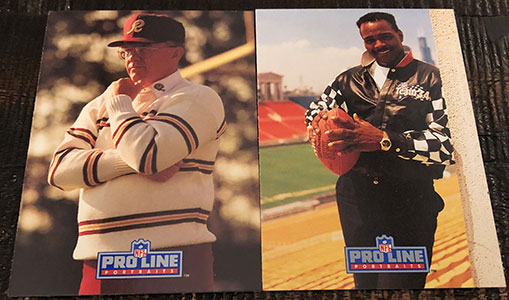 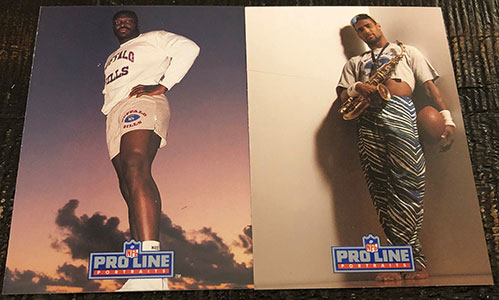 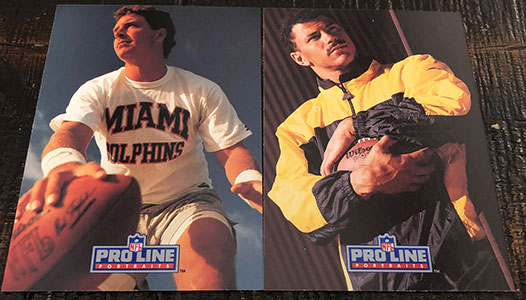 Mark Clayton, Franco Harris & Jim Harbaugh. No doubt Jim is trying to decide if he wants to coach in the NFL or college ranks after his career here. 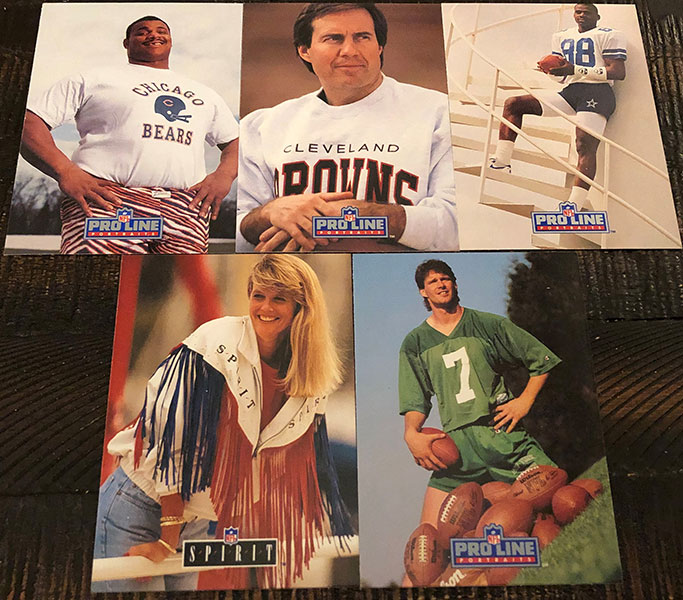 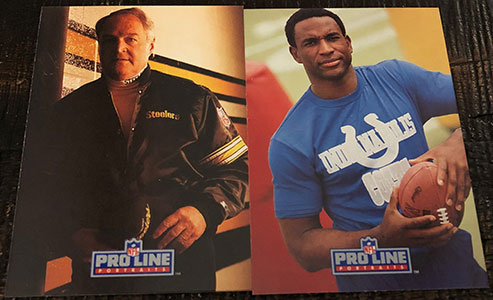 Lawrence Taylor & Boomer Esiason. Is anyone else seeing Gary Busey here? No? Just me? 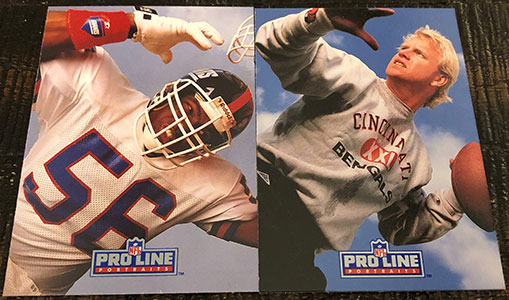 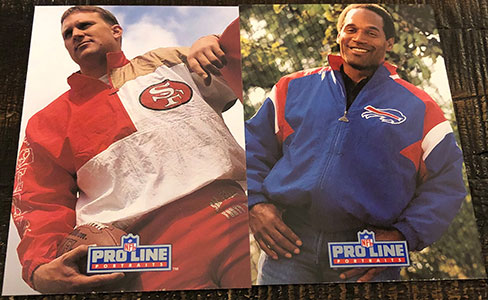 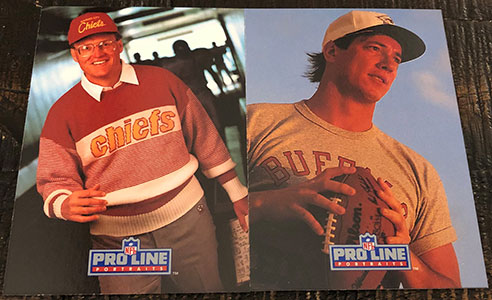 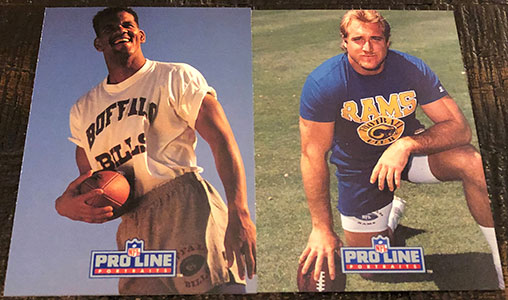 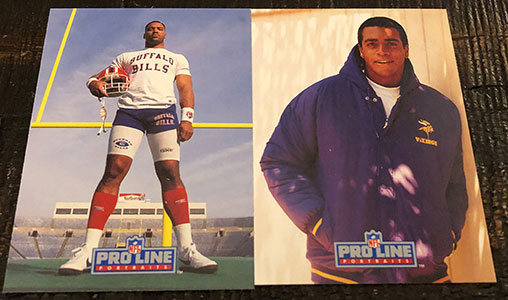 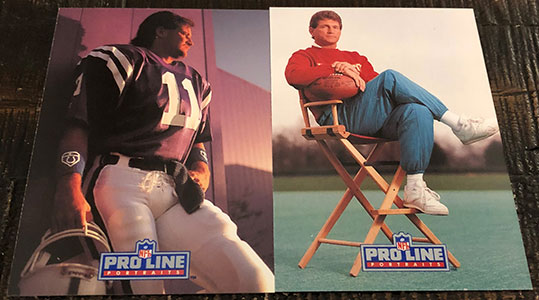 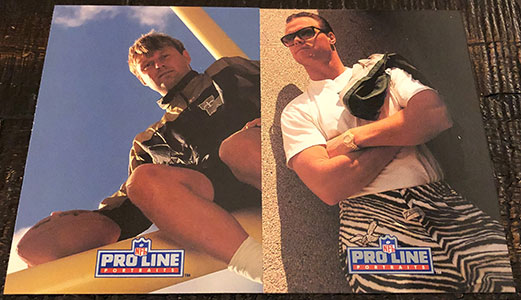 Lastly, the card back. No stats on these backs, just a quote from the player. 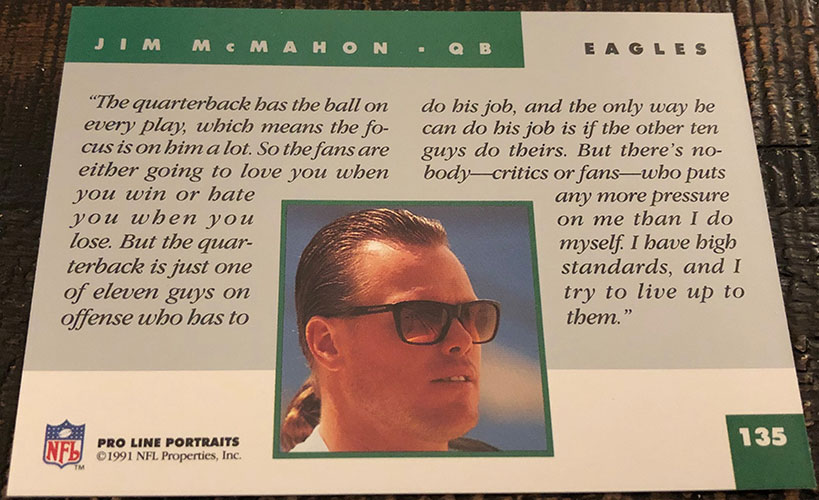 So I didn’t pull an autograph. Bummer. This set is definitely different. As a player sorter, I don’t mind adding some variety into my player binders. This set absolutely fits that bill, as it is so far out there, even by early ’90s standards.

It certainly would have made the box to pull an autograph. Autographs do fall typically a couple per case, so you have about a 1 in 6 chance of pulling one from a single box. Considering how cheaply these boxes can be found, it is well worth the risk to chase an autograph.