2019 Panini One Football brings the all-on-card autograph concept back for a second year. The name sums up the box configuration. You get one card, which is an encased autograph. The checklist makes things a little more complicated with a variety of themes and inserts, but still, there’s a similar hard-signed foundation that runs throughout. 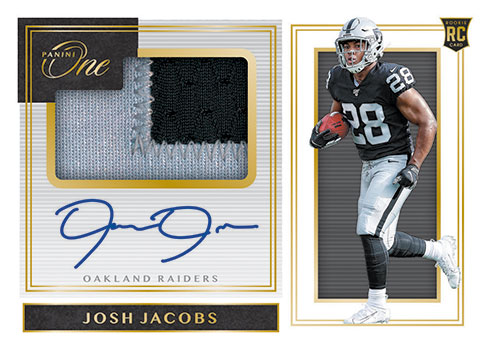 2019 Panini One Football: The Rookies

Patch cards play a prominent role in the product. While memorabilia isn’t part of every card, those that do have prime swatches. 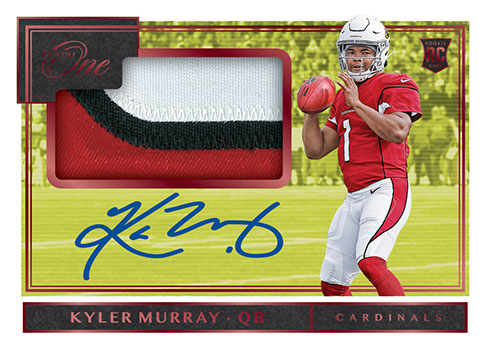 More first-year standouts are in Premium Rookie Patch Autographs, which use acetate stock, and Rookie Quad Patch Autographs. Both of these max out at 99 copies each and have six tiers of parallels that have no more than 49 copies. 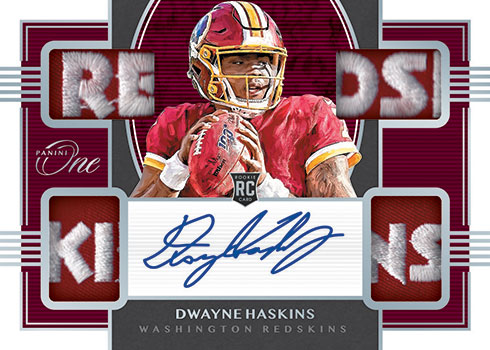 Shield Signatures use an NFL 100 shield to go with signatures from 2019 rookies. Every card is a one-of-one. 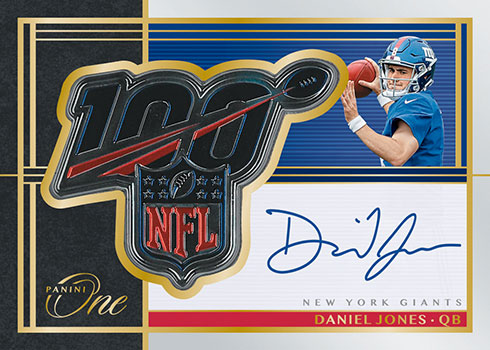 It’s not just rookie autographs on the 2019 One Football checklist. Veterans and retired stars also appear.

Dual Patch Autographs (/99 or less) use a similar layout as Flawless for showcasing a pair of premium swatches along with the signature. Parallels, which have six colors, are all numbered to 35 or less. 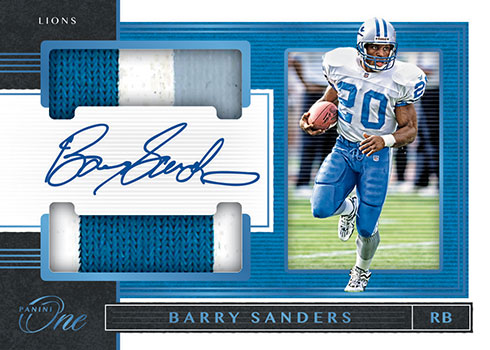 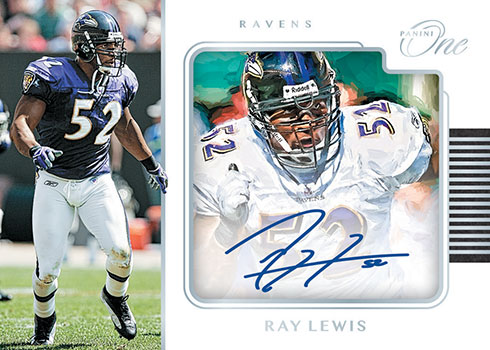 2019 Panini One Football has some new additions that weren’t in the previous year’s set.

Matchless (/75 or less) is another place where on-card signatures stand on their own. Drew Brees, Barry Sanders, Patrick Mahomes and Earl Campbell are among those on the multi-generational checklist. 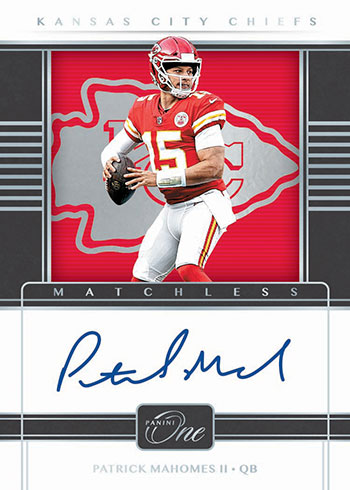 Number Ones are all one-of-ones. And the players? They’re all number one picks from the draft. 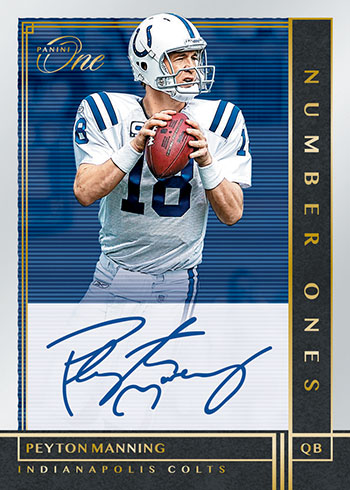 Another one-of-a-kind insert is Top of the Class, which use micro etch design elements. 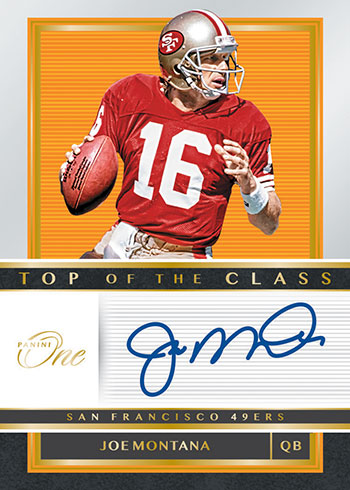 2019 Panini One Football cards at a glance: