As card collectors, sometimes it’s easy to forget that Topps still has a major stake in the candy market. And that history goes back decades. The online-exclusive 2017 Topps Star Wars Sugar-Free Gum is a nod to the past in several regards. The premium-style box set offers trading card reproductions based on wrappers from special Star Wars-themed gum that came out nearly four decades earlier. 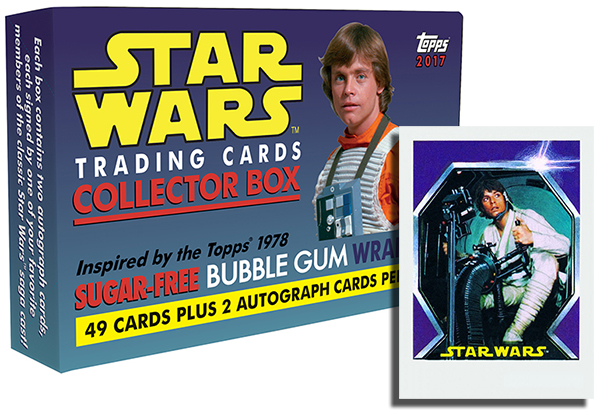 Each 2017 Topps Star Wars Sugar-Free Gum box has a complete base set plus a pair of autographs. Some sets also come with additional bonus cards.

The main set consists of 49 cards. Each has an image from the original Star Wars that was originally done as a wrapper. Although they’re photo-based, the designs have a lot of flair as well. It’s the kind of thing you might expect to have seen on an old ringer shirt back in the day. 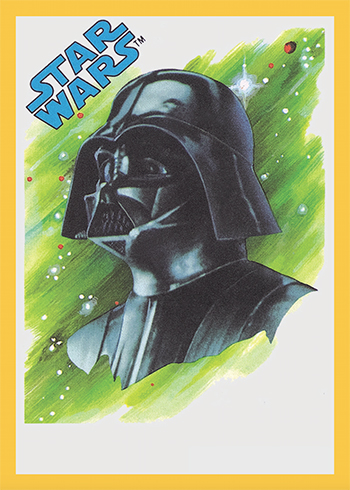 2017 Topps Star Wars Sugar-Free Gum has parallels, but, according to the card maker, these are randomly included in sets as a bonus. That means you still get the full base set with any potential parallels as extras. These come in Blue (/75), Green (/40), Gold (/10) and Red (1/1).

While the base set focuses exclusively on the original film, the two-per-set autographs span the entire original trilogy. More than 40 signers are in the product. Top-tier names include the big three of Harrison Ford (Han Solo), Carrie Fisher (Princess Leia Organa) and Mark Hamill (Luke Skywalker). 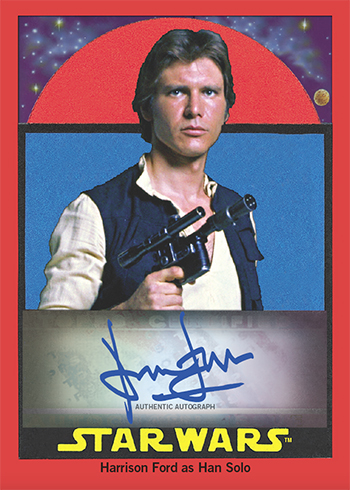 Box sets are available exclusively on the Topps website for $99.99.

The original Topps Sugar-Free Gum Wrappers came out in 1978 shortly after the first film’s fifth, and final, series of cards. The main draw was the piece of candy. But there was the added element of the image on the inside of the wrapper to encourage further collecting.

Today, the wrappers are fairly tough to find. They were likely considered garbage by most. And many of those that do survive are not in the best shape. They were originally folded. That means that certain parts may not be the strongest anymore. Small tears are also common. 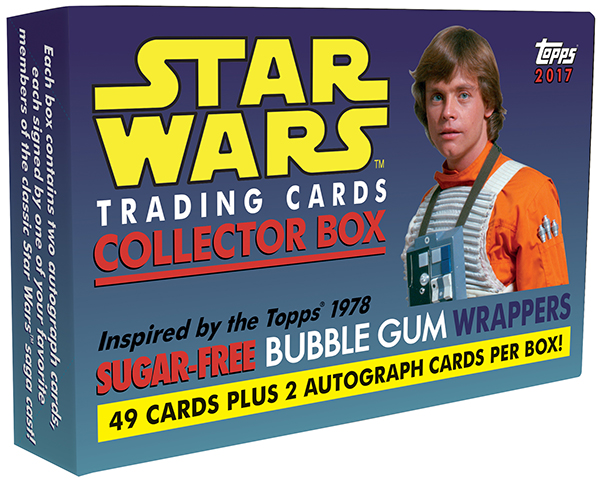 What to expect in a box set: 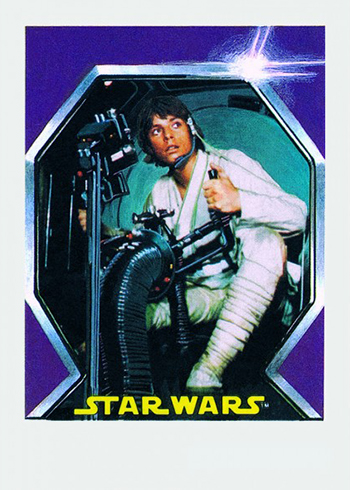