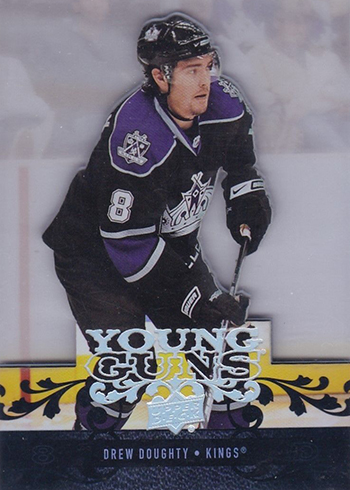 In the past, Upper Deck has done acetate variations of the current year’s Young Guns. For these SSP inserts, they’re taking a ‘greatest hits’ approach, offering a new look at some of the most famous Young Guns Rookie Cards of all-time with the clear plastic card stock.

This is a skip-numbered set with cards getting their original numbers from when they first came out. Backs also suggest that these may have been planned for Series 1 as that’s what’s noted on the back. 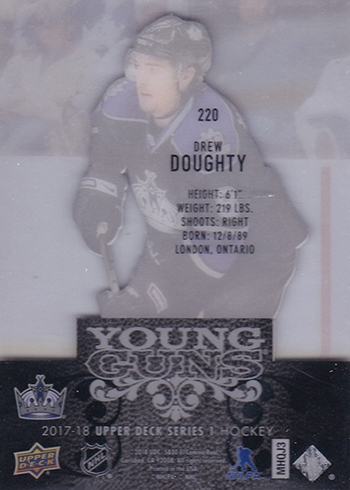 These are exact conversions of the original cards. The layout is the same but the photos are different.

Like other surprise inserts, the 2017-18 Upper Deck Series 2 Young Guns Retro Acetate checklist is not yet fully known. Insertion rates and print runs have also not been announced. But it is safe to say that these cards are tough and rare pulls.

More will be added as they’re confirmed (you can also drop a note in the comments below).