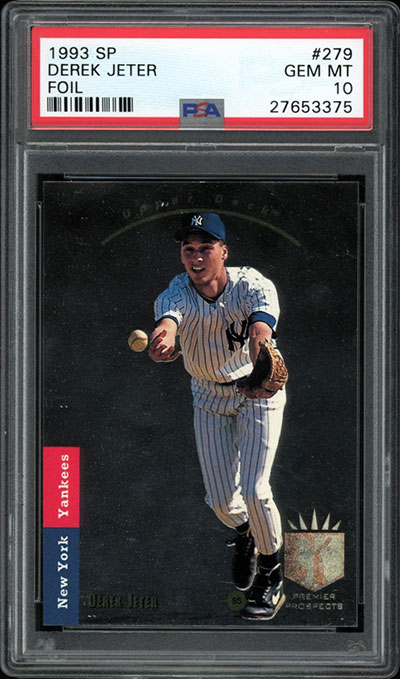 The sale comes less than two weeks before Jeter is expected to be elected to baseball’s Hall of Fame.

The 1993 SP Derek Jeter Rookie Card has been popular for decades. It has long been considered the Yankee legend’s top RC and prices have reflected this. However, the last several years have seen the already iconic card explode. 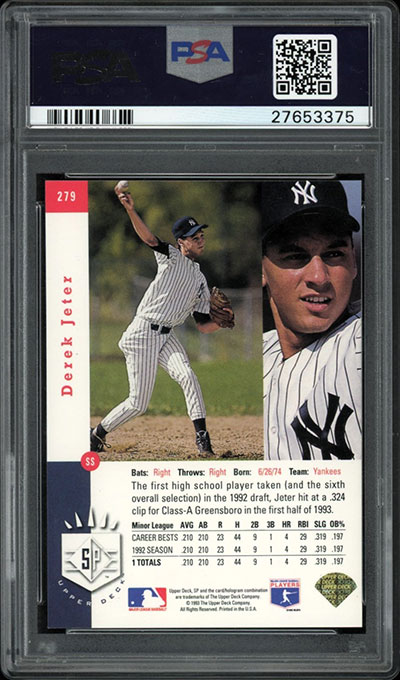 This time, record price lasted a little more than a month.

1993 SP Baseball raised the bar for premium cards at the time, taking the hobby further into the premium realm. The Premier Prospects subset, which is where the Derek Jeter is from, uses all-foil fronts. The look is distinct and elevated, however, it also made the cards extremely condition sensitive.

Corner dings are easy to see. Edge chipping is common.

Finding Gem Mint copies are extremely rare. To date, just 22 copies of the Jeter card have Gem Mint 10 grades. That’s out of more than 14,000 times the card has been graded by the company.