Upper Deck’s Black Basketball is back.

Upper Deck will release 2013-14 Black Basketball as a standalone high-end product in January.

Each box will have two packs with three cards in every pack. Collectors can expect to find four autographs (two in each pack). Every autograph will be limited to 200 or fewer copies.

It’s been several years since Black has been a standalone product. Upper Deck doesn’t seem to be holding back for its return.

Upper Deck is included a new type of card – Arena Art Signatures, booklet cards with photos of famous college basketball arenas with players who competed in them.

There is also a nine-booklet signature card with players such as Michael Jordan, Magic Johnson, Larry Bird, Julius Erving and Allen Iverson. 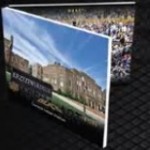 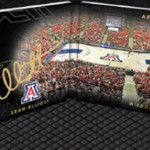 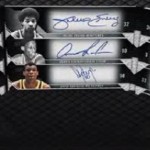 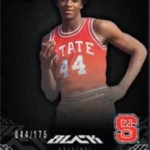 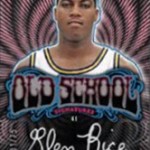 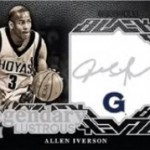 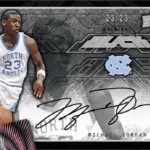 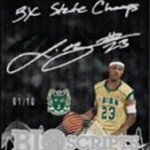 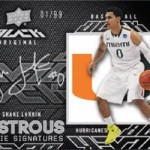 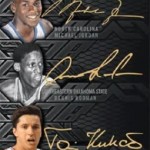 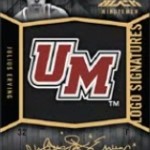