After a year on the basketball card bench because of the NBA lockout, the foilboard is back.

The Elite foilboard, that is.

Panini America unveiled on Monday the first images and basic product information for 2012-13 Elite, which will arrive in February.

Back for a run besides the foilboard, a staple of Elite, will be acetate Rookie Inscriptions autographs, which will be found among the three autographs and one memorabilia card  in every 20-pack hobby box.

The base set will be 100 cards capped by the 100 rookie autographs,  and it will include four parallels from the familiar Aspirations, Status, Gold Status and Black Status cards seen in the past.

Also in this one will be five other autographed insert card sets — Passing the Torch among them — and four memorabilia sets, according to the company.

Inserts in this one will include Dominators, Elite Signatures, All-Time Greats Signatures,  Craftsmen, Elites and Rookie Elites. 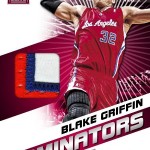 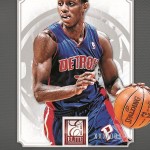 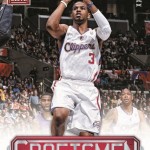 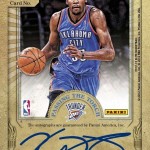 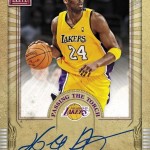 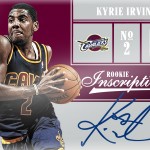 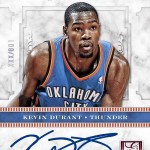