Topps Stadium Club is a brand known for its photography. And it has been this way from the start. The 1991 product advertised the use of Kodak Imaging Technology and labeled the brand as “Super Premium Picture Cards.” Today, Panini holds the exclusive NFL trading card license, though Topps continues the Stadium Club tradition of great photography with their baseball releases.

1994 Stadium Club Football features 634 base cards spread across three different series: Series 1, Series 2 and High Series. The base cards featured gold foil branding and names, as well as some ’90s-esque graffiti position labels. Each series has different insert sets. Though I don’t think Series 1 quite lives up to the Stadium Club legacy of great photography, there are still some great shots. 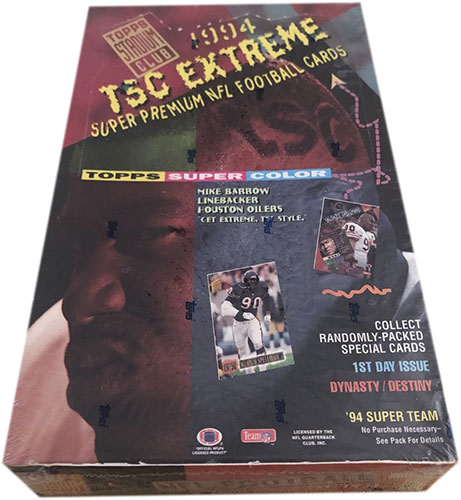 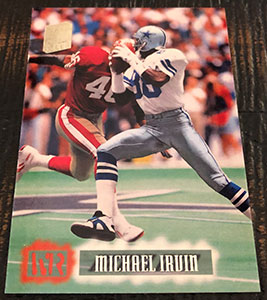 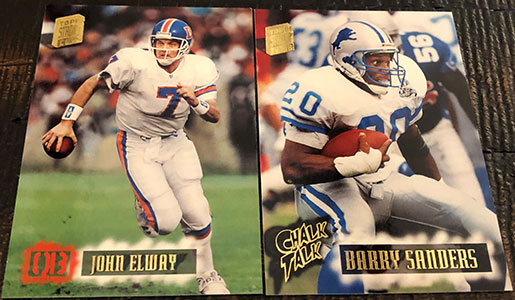 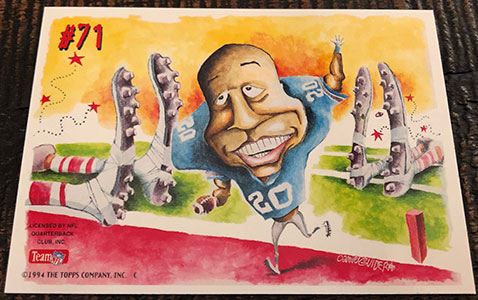 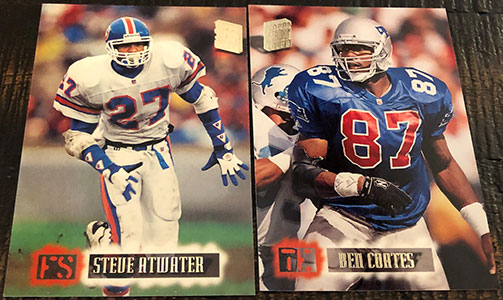 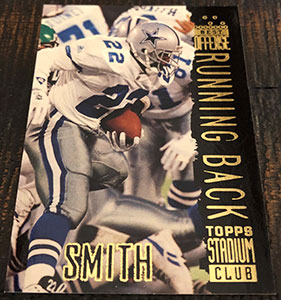 Emmitt Smith & Cris Carter. When was the last time you saw a player wearing a long sleeved windbreaker underneath his uniform? 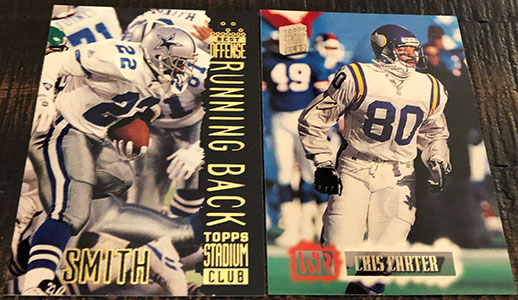 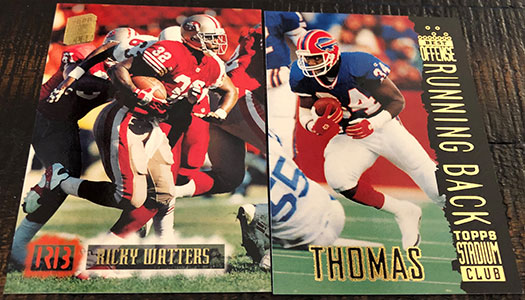 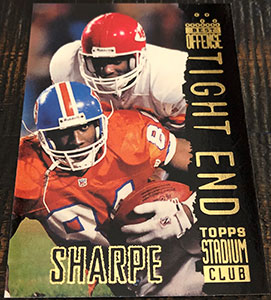 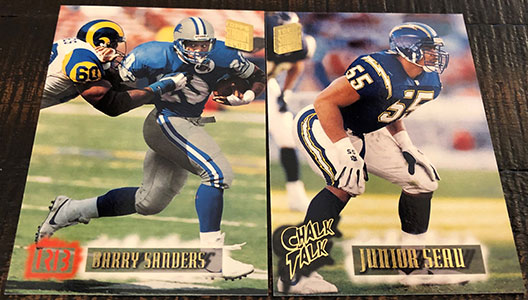 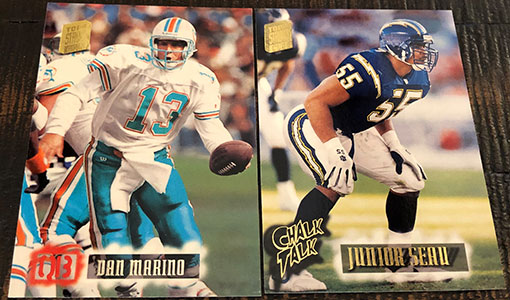 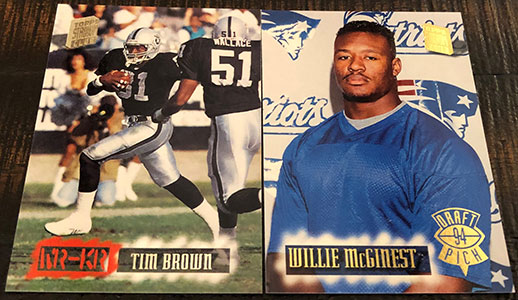 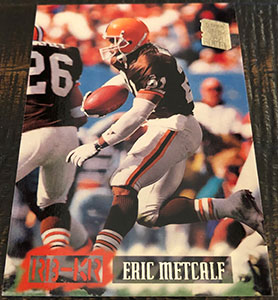 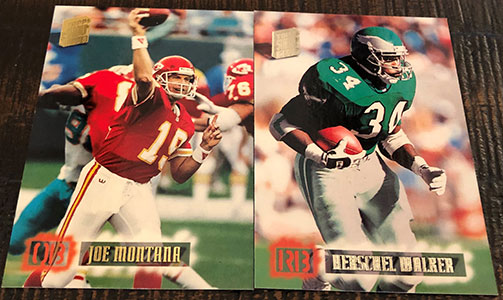 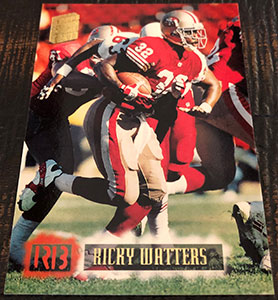 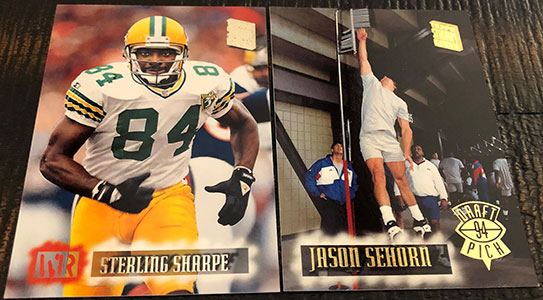 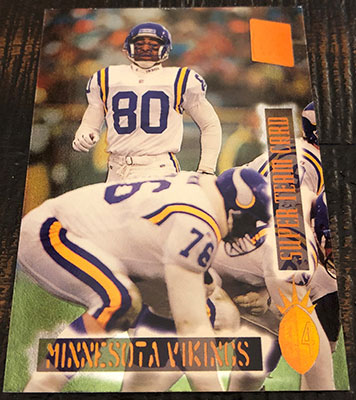 These Super Team cards could be exchanged for prize sets based on how the featured team fared during the 1994 season. If your team won the Super Bowl, your card could be exchanged for a 540-card set featuring a foil Super Bowl logo. Since the Vikings won the NFC Central with a 10-6 record, this card would have earned me ten Vikings cards with Division Winner foil stamps. 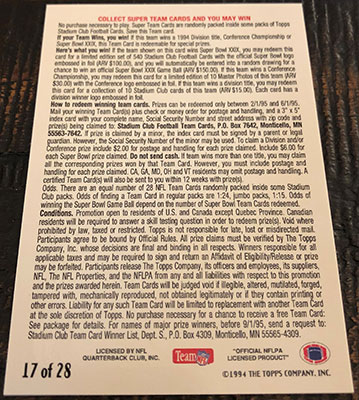 Lastly, a Michael Irvin card back. Topps chose to highlight their own Skills Rating System over Irvin’s actual stats here, but a pretty fitting card back for a ’90s card. 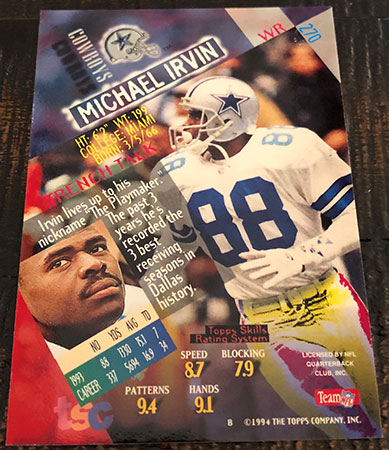 This was a fun break, especially considering the price I padi for the box price. Many of these boxes I feature were bought with pre-pandemic pricing, but this one can still be found for $12 if you know where to look (I won’t give up my secrets). The best card of the box was definitely the Walter Payton/Emmitt Smith Dynasty/Destiny insert card. I seem to pull Emmitt Smith inserts quite often. I certainly won’t complain, especially when the card also features Sweetness!

Now I just need to track down boxes of Series 2 and High Series.

Shop for 1994 Stadium Club Football on: