It’s time for Beckett Sports Card Hot/Cold where we take a quick look at what’s hot and what’s not in the worlds of sports and sports cards. Three of the final four spots in the MLB postseason are confirmed. The basketball season could come to a close very shortly. In football, things are taking shape, both good and bad. In hockey, we learned this week that a couple of marquee talents are heading to two of America’s biggest markets.

Several familiar teams are making deep runs in the MLB postseason. And there are plenty of storylines to watch. The Dodger and Astros could be on a collision course in the World Series. Atlanta’s youth is coming together quickly. Giancarlo Stanton and Randy Arozarena are mashing the ball at a record pace. Clayton Kershaw might finally get his playoff moment.

Should the Los Angeles Lakers wrap things up in the NBA Finals, it’ll take about three seconds for the debates to start as to where LeBron stands on the all-time list of great players. The series should also establish Anthony Davis as a bigger hobby star than he already is, especially with the MVP performance he’s been putting in. But it might be early to write off Jimmy Butler and the Heat just yet.

But of everything that went down this week, the name that could have some of the biggest implications is of a hockey player that hasn’t played an NHL game yet. Alexis Lafrenière‘s path to hockey superstardom now runs through New York after the Rangers confirmed the obvious by taking him first overall in this week’s draft. Lafrenière is the sport’s biggest prospect since Connor McDavid. As such, expect him to give hockey cards a big boost. 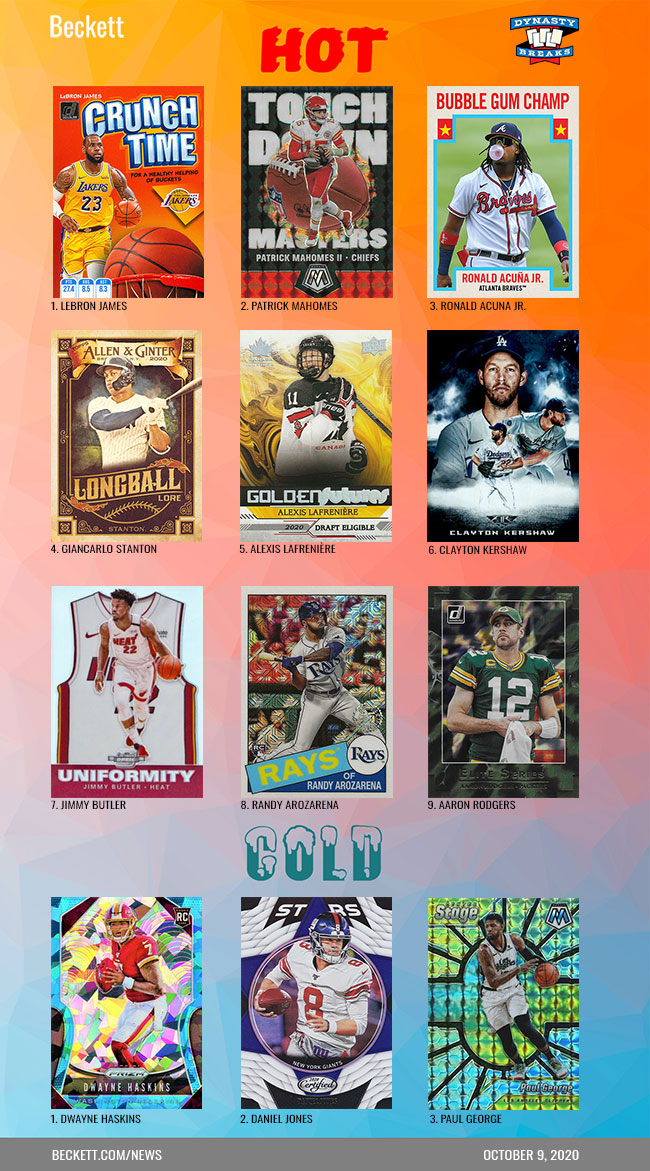