Die-cut designs, regal rarities and the synonymous Silhouettes all return in 2019-20 Panini Crown Royale Basketball. Like last year, hobby boxes have both an autograph and a memorabilia card. Joining them are two total inserts and parallels.

Silhouettes still rank among the most recognizable autograph patch cards in the collecting world. On-card signatures are on top. There’s a shield cut-out in the middle along with a die-cut player shot. These make up the memorabilia window, one that’s on the large side. 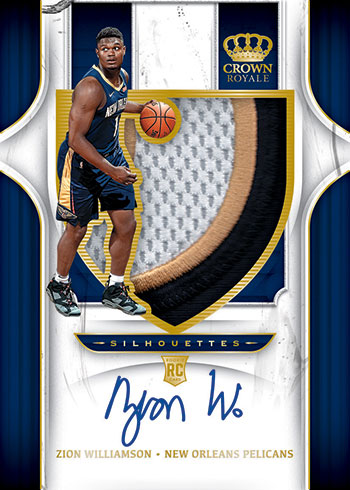 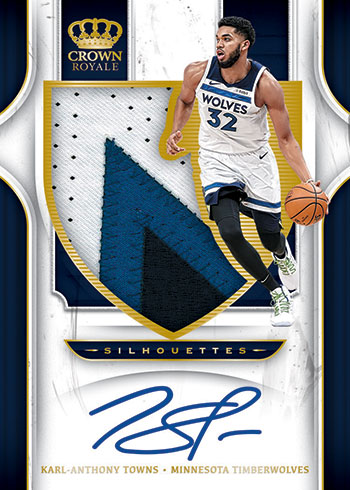 The die-cuts cover other autograph sets as well.

Lineage Scripts have hard signatures from rookies as well as different types of foil. 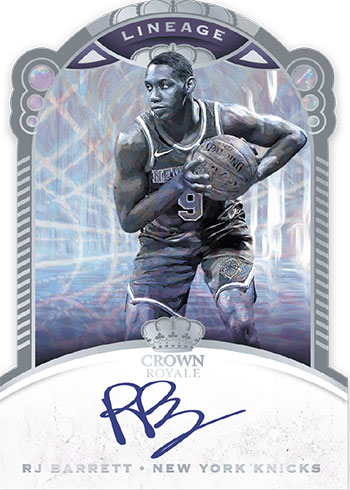 Vets and retired players can be found in Crown Jewel Signatures and Regal Achievement Signatures. 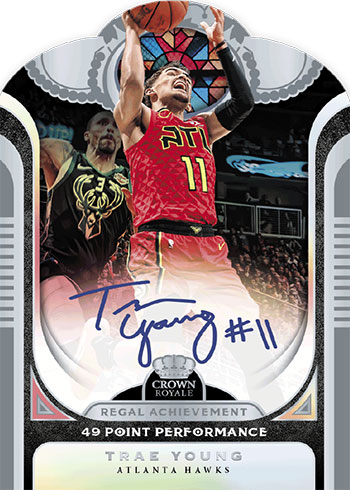 Crown Royale goes Kaboom! once again with a new crop of 25 tough inserts. These use player illustrations, bright colors and a patterned background that is instantly recognizable. 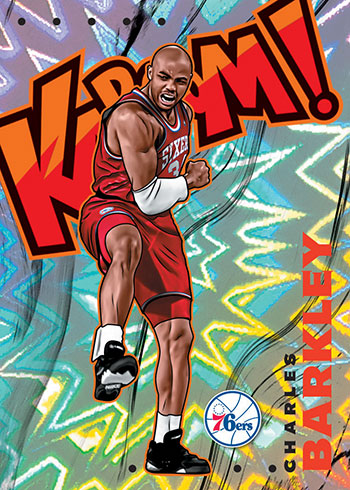 Die-cut foil designs are the backdrop for a couple of additional insert sets, Lords of the Court and Rookie Royalty. Both of these have additional parallel versions. 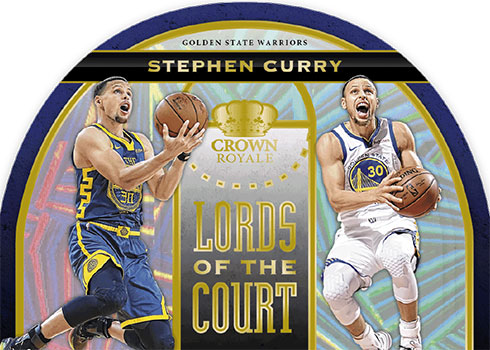 Other insert themes include The King’s Court and Air to the Throne.

As for the base set, 2019-20 Crown Royale Basketball sticks with a die-cut look that the line is known for. Multiple parallels are available with some as rare as one-of-one.

The full 2019-20 Crown Royale Basketball checklist and team set lists will be added as soon as they’re available, likely shortly before the set comes out.