2016 Panini Unparalleled Football has parallels and lots of them. The brand, which is making its debut, looks to be aiming more at the fact that it’s intended to be something different from other sets in the company’s pigskin portfolio. Although there is still plenty of flashy, it’s like a slightly toned down version of 2015-16 Panini Revolution Basketball with a more hit-friendly configuration.

Each eight-pack hobby box has an autograph and two memorabilia cards.

The 2016 Panini Unparalleled Football base set has the standard mix of veterans and rookies. First-year players are inserted two per pack. Cards come with a patterned background to make the foil designs stand out. Further splashes of color and thick lines add more to an already bold look.

Autographs come in a couple of different flavors. RPS Rookie Auto Jersey cards, which appear approximately every other box, highlight swatches and signatures from participants at the 2016 NFLPA Rookie Premiere. Among the parallels are tags, logos and NFL Shields.

Base Autographs have a design that’s similar to the main set. Veterans and retired players are included.

Materials released by Panini ahead of the set’s release show signatures using stickers.

Every pack of 2016 Panini Unparalleled Football has some sort of insert. Draft Diamonds look at star players who didn’t command much attention when they were picked. Perfect Pairs highlight dominant teammates. Pivotal Drive cards include three players, documenting a key march down the field.

2016 Panini Unparalleled Football at a glance: 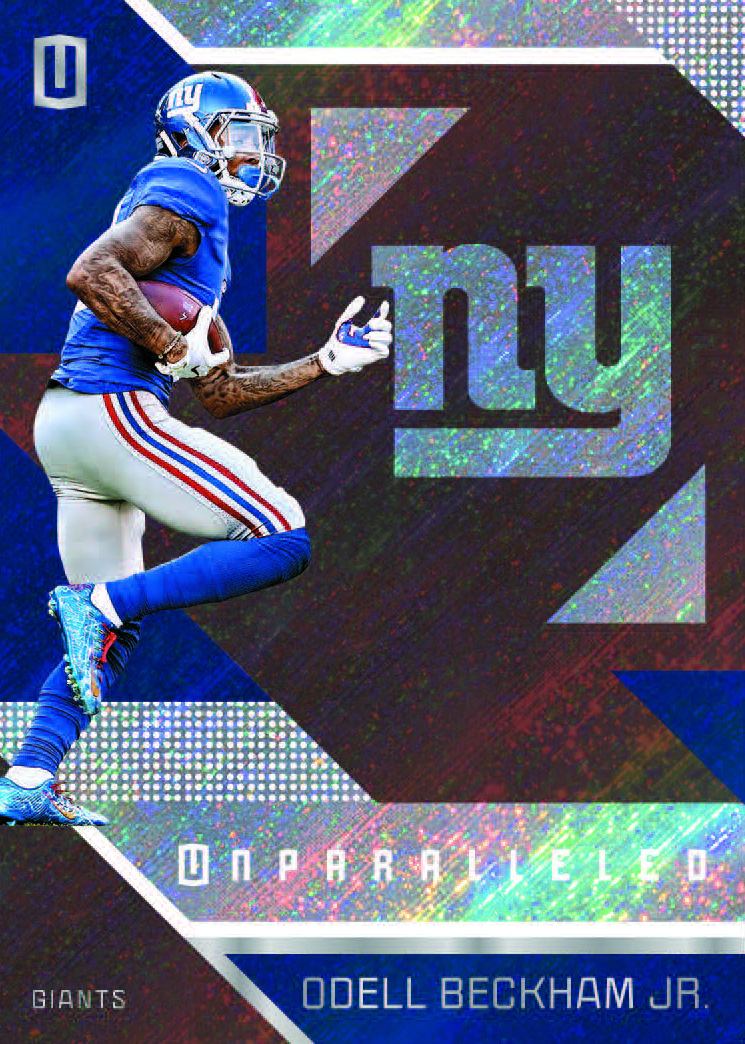 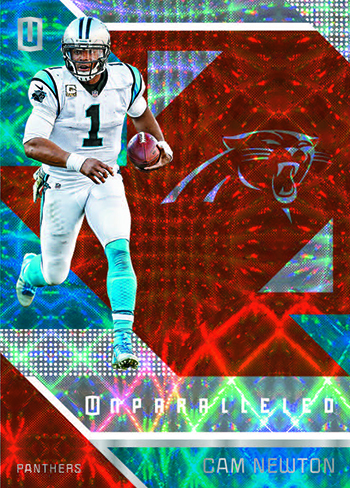 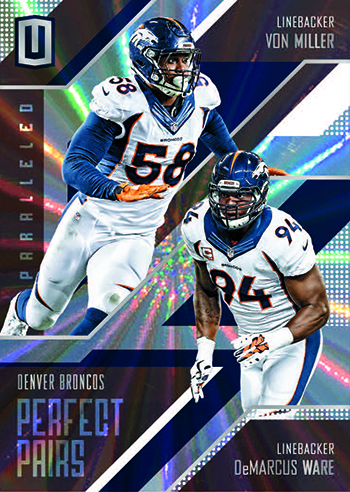 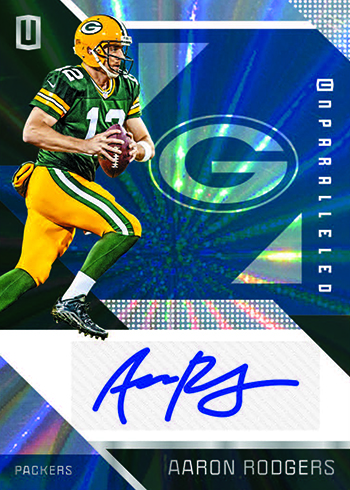