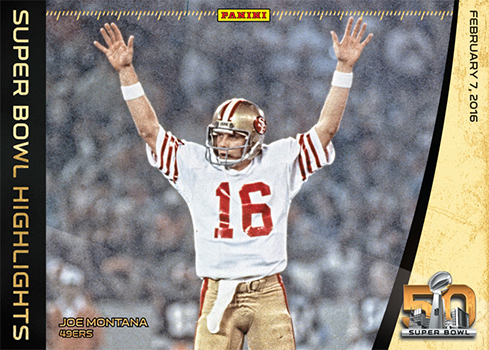 Those headed to the NFL Experience in San Francisco ahead of Super Bowl 50 will likely have plenty of collectibles and items to chase. On the football card front, it’s the only place to find the 2016 Panini Super Bowl Highlights promo set.

The main part of the set features standout stars from past Super Bowls. While there’s a lot of history on the checklist, a lot of the players gravitate more towards the modern era of the game. Among them are Tom Brady, Aaron Rodgers, Drew Brees and Russell Wilson. Joe Namath, Emmitt Smith, John Elway and Roger Staubach are some of the legends from previous generations. 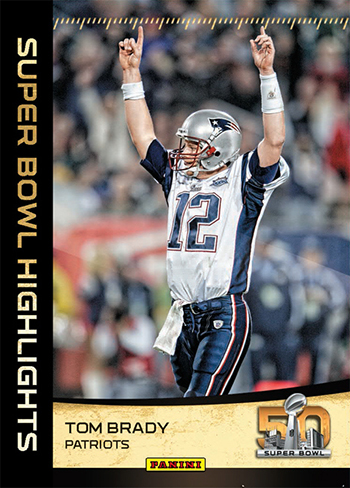 In all, there are 20 cards on the 2016 Panini Super Bowl Highlights checklist.

To get cards, people must visit the Panini booth at the NFL Experience and participate in interactive activities.

Joe Montana is featured on an over-sized card that’s available separately. It brings the total number of cards in the promo set up to 21.

A full gallery of all of the 2016 Panini Super Bowl Highlights cards is posted on the company’s blog.