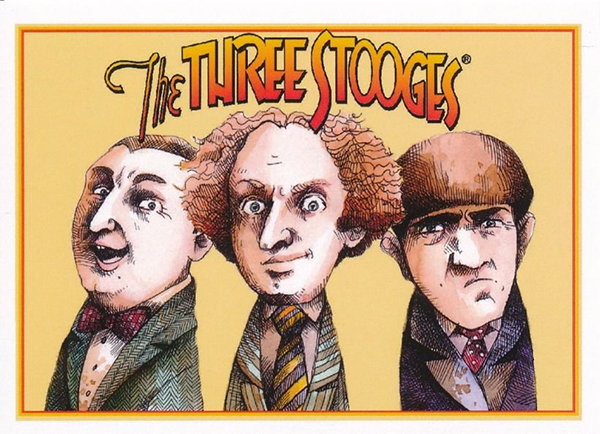 Join Beckett non-sports and gaming analyst Matt Bible and Eric Norton as they open 2014 Chronicles of the Three Stooges Series 2 from RRParks. Leave a comment and win a box! A winner will be selected on April 27. Good luck!

Here’s a look at the box and what we pulled.