The RPS College Ticket Autographs are one of the key components of the 2019-20 Panini Contenders Draft Picks Basketball checklist. This is where many of the set’s top signatures come into play like Zion Williamson and Ja Morant. And they’re on-card, too. The checklist for these gets significantly bigger with several parallels as well as three levels of variations. So how does one spot the 2019-20 Panini Contenders Draft Picks Basketball variations?

Look on the Back

Yes, the photos on the base autographs and variations are all different. But unless you’ve got them all memorized, telling which is which can be tough.

The 2019-20 Panini Contenders Draft Picks Basketball autograph variations giveaway is subtle. But once you know what to look for, it’s not hard to not only tell them apart but assign them to the proper A, B and C designation.

Look on the back of the card. At the bottom corner there’s a black box with the player’s position, height and weight. A little above that is a line that extends the same length of the box. This is where you want to draw your attention.

It’s what’s in that small gap between the box and the line that shows if it’s a base card or a variation. 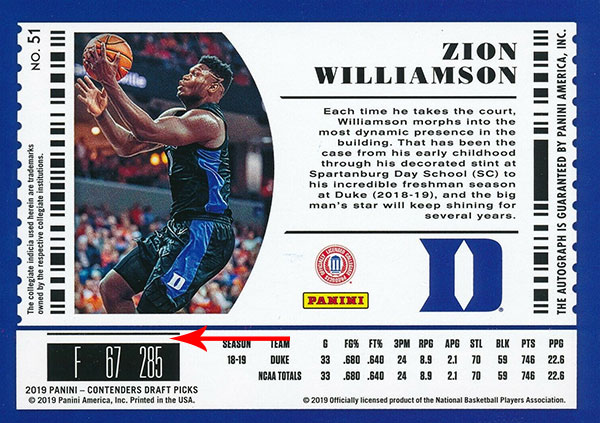 If there’s nothing in that gap, it’s a base card. 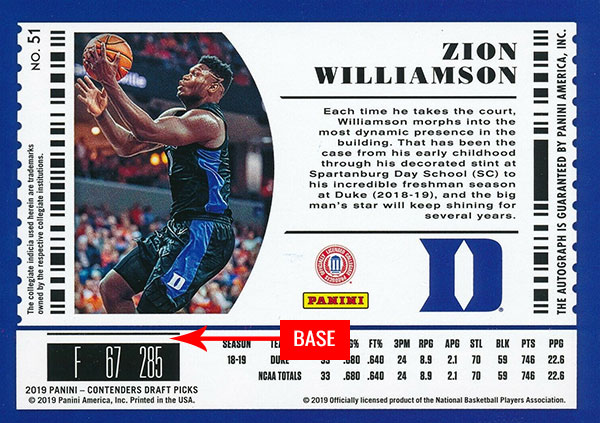 Variation A cards have a single small box in the gap. 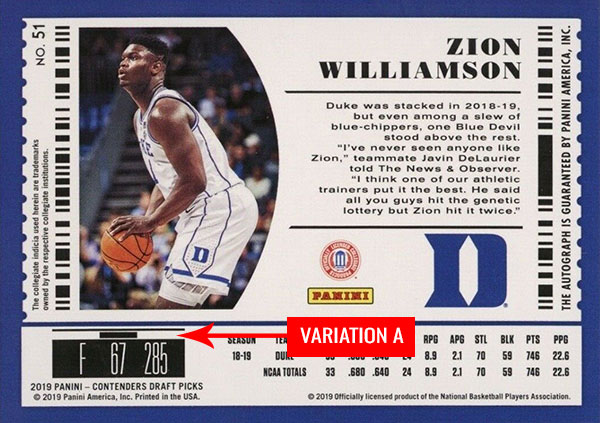 For Variation B autographs, there are two boxes, one at either end of the box. 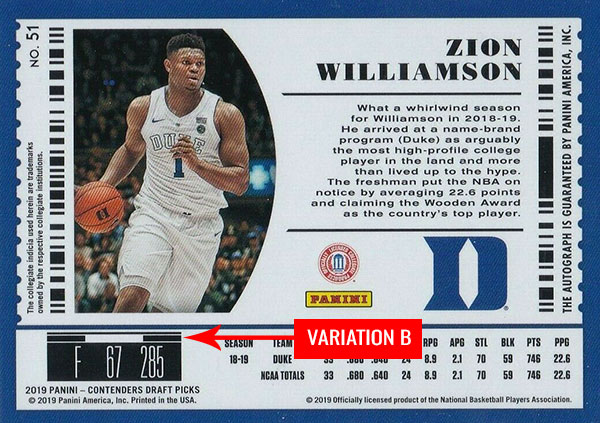 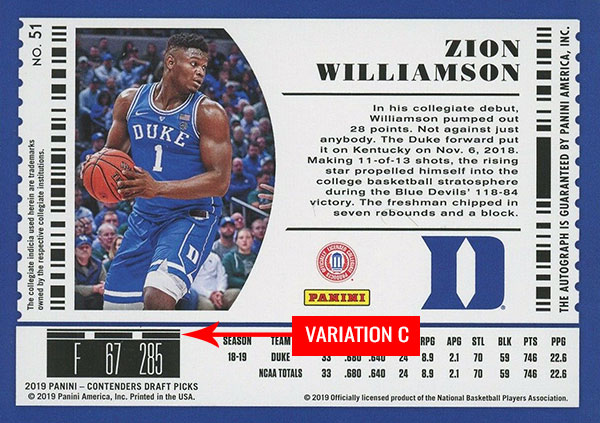 And that’s all there is to it. Spotting the 2019-20 Panini Contenders Draft Picks Basketball autograph variations made easy.