Skybox Impact was released for the first time in 1992. I don’t think that is a coincidence, either.

To me, Impact seems like Skybox’s response to Topps debuting their Stadium Club brand in 1991. That is certainly not a bad thing, as Stadium Club is one of my favorite brands. I see a lot of parallels between the two brands, just looking at the 1995 Impact release. For instance, a lot of good photography (a Stadium Club staple) is used in Impact. Also, quite a few photos featuring players in throwback uniforms are in this set. What did Stadium Club do in 1994? They released an entire series (Series 3) using throwback uniforms. Again, not a bad thing, simply an observation.

1995 Skybox Impact Football has 200 total base cards. Included in those 200 cards are 31 rookies showing the players in their college uniforms. The rookie class was full of talent including Jeff Blake, Steve McNair, Kerry Collins, Joey Galloway, Warren Sapp, Ty Law and Derrick Brooks. 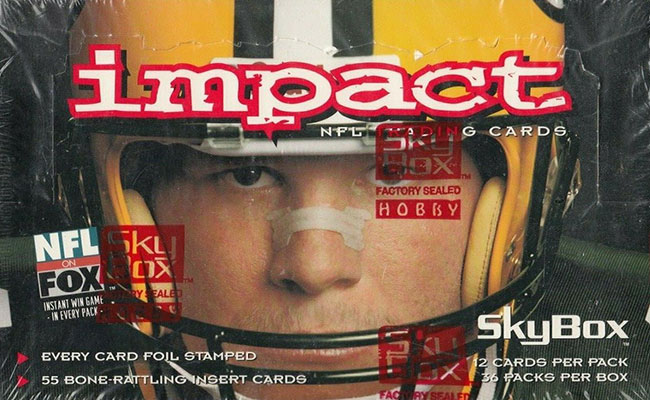 In addition to the base set there are five different, colorful, inserts to chase. SkyMotion Exchange cards are the toughest to pull, found just once in every ten boxes. 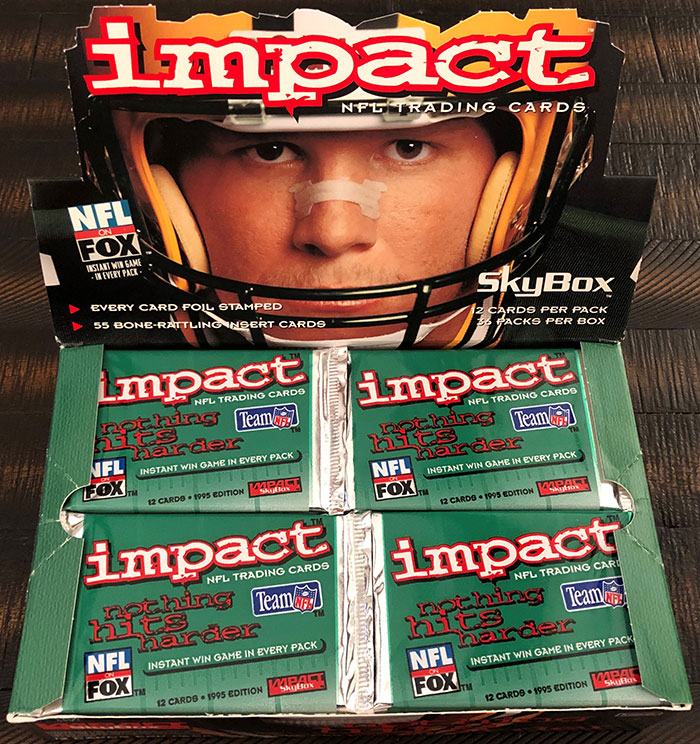 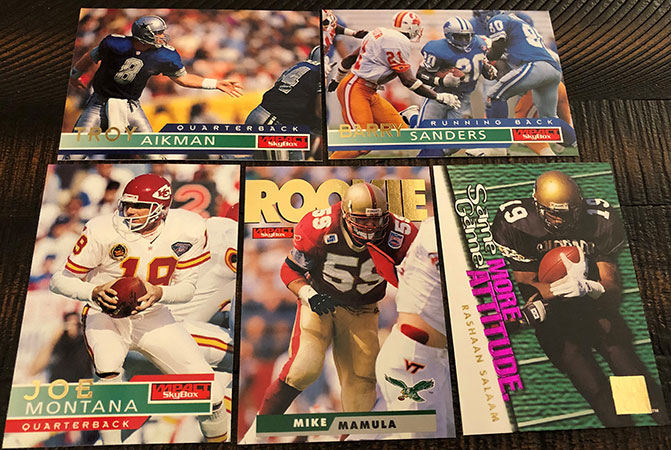 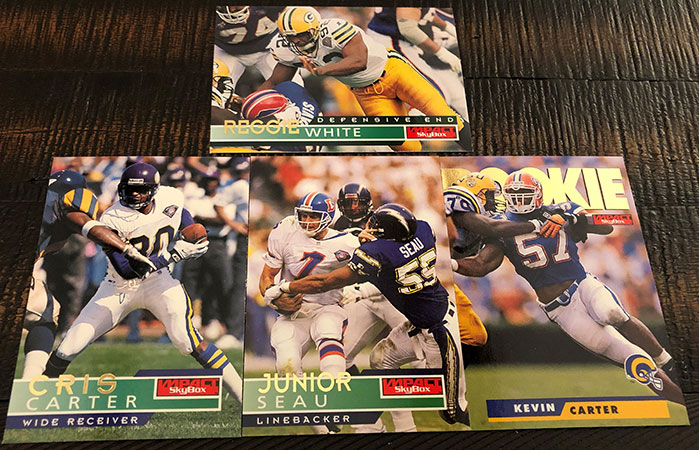 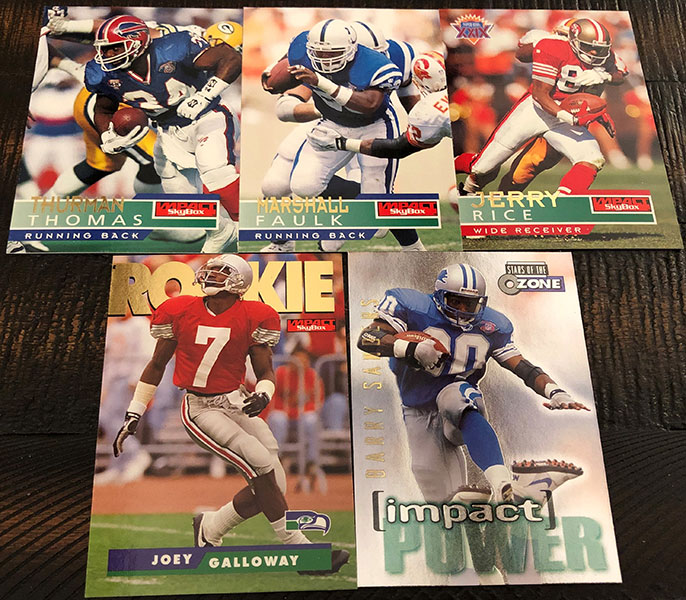 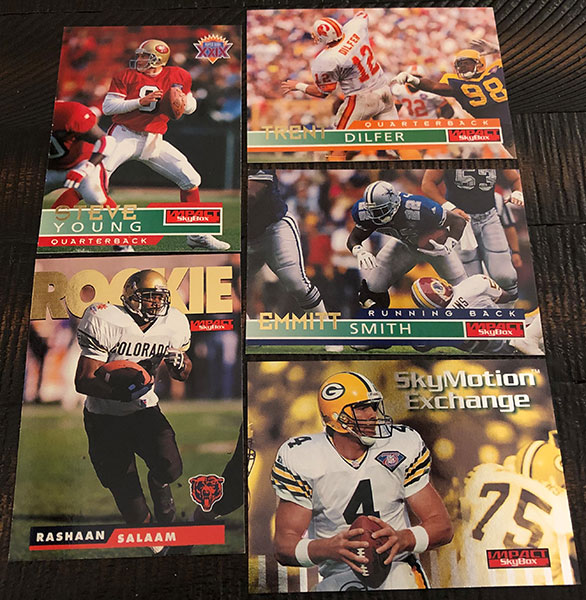 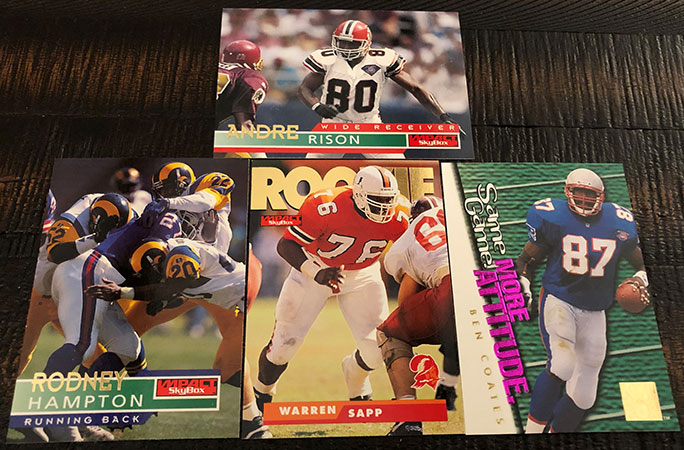 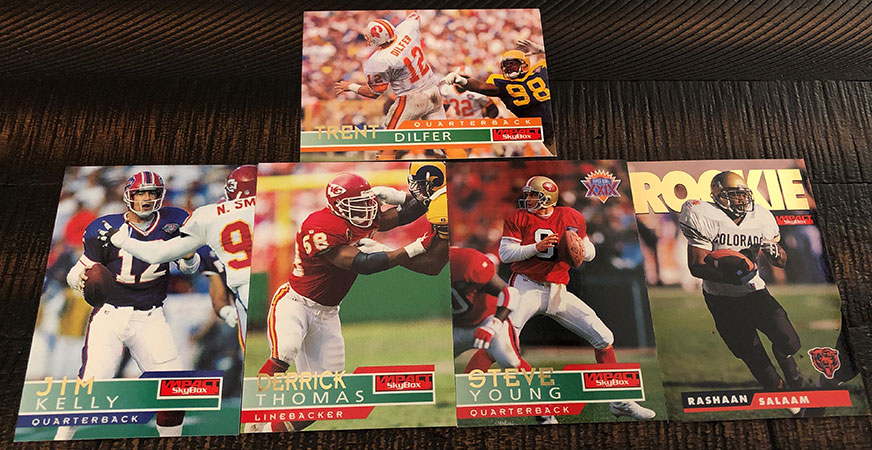 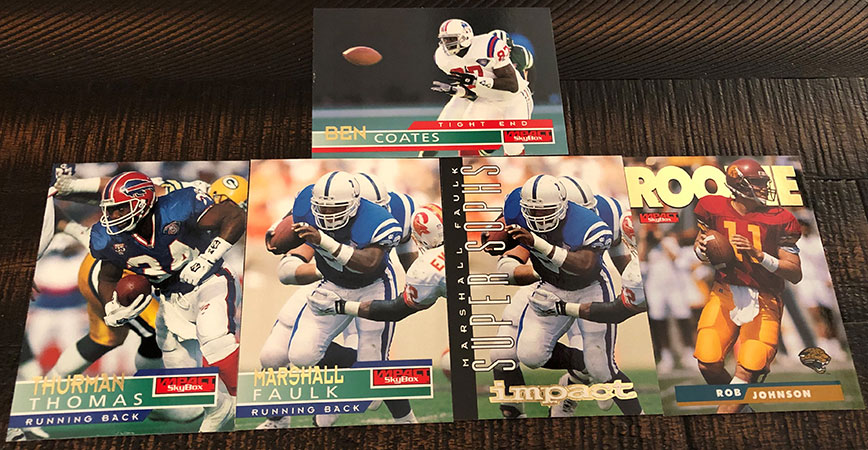 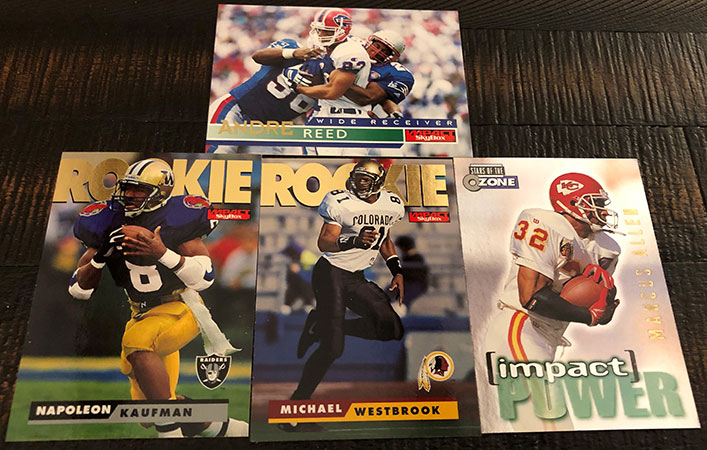 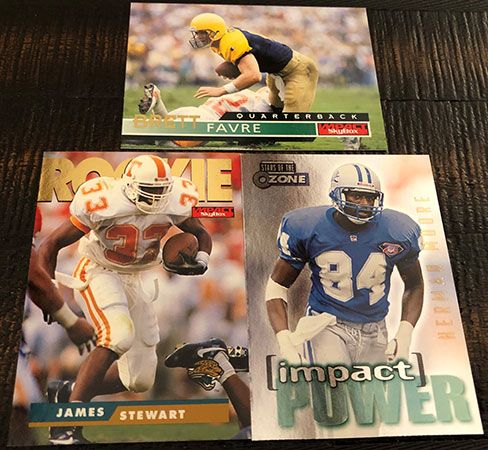 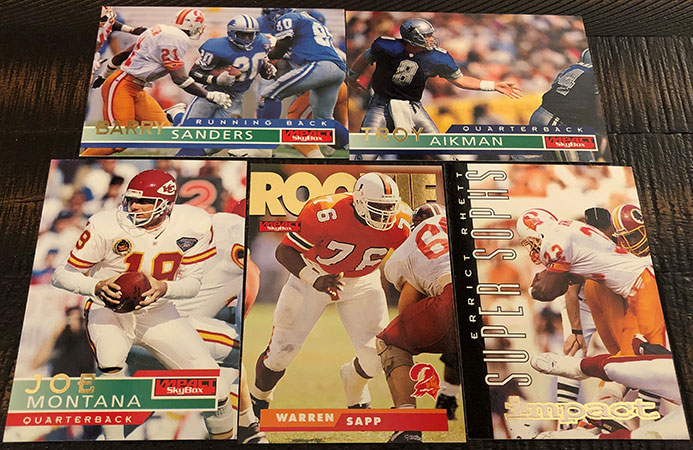 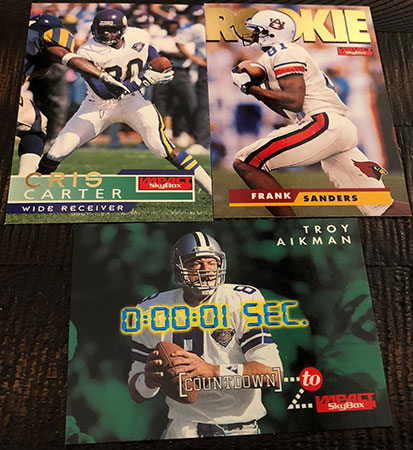 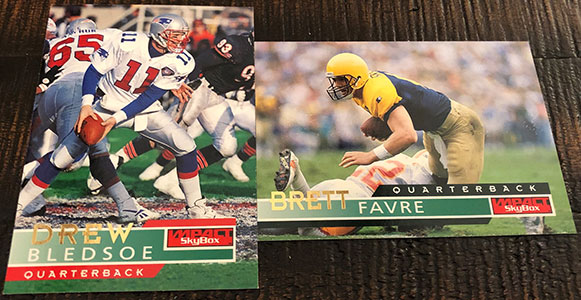 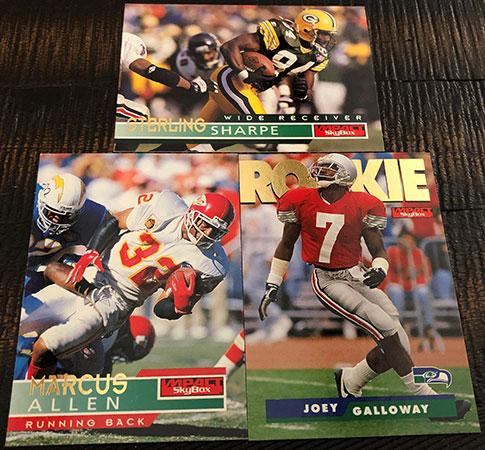 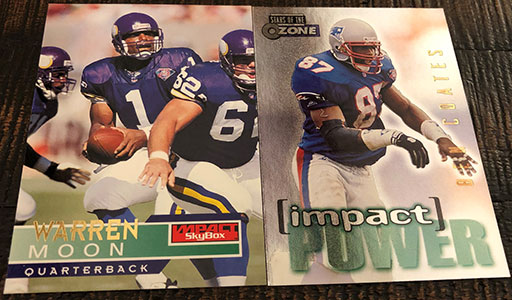 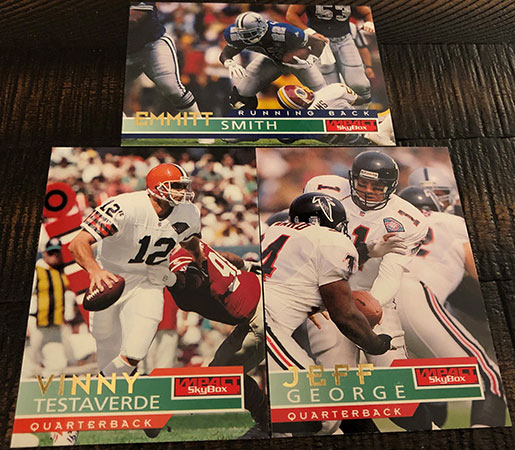 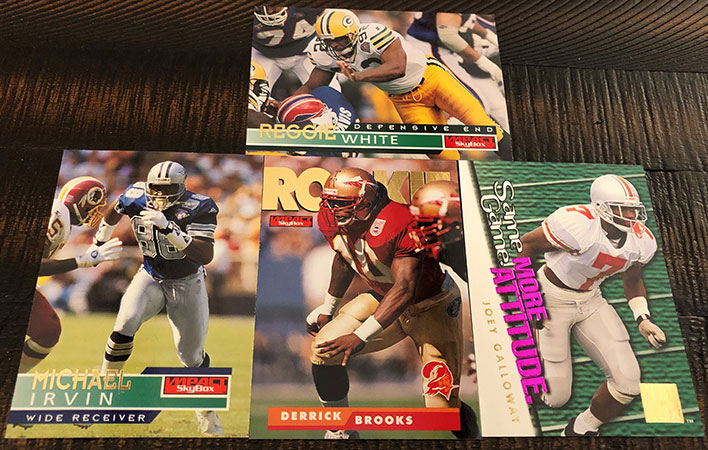 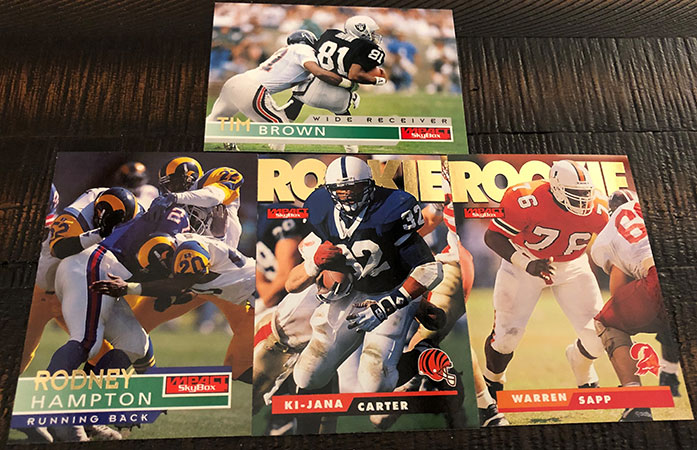 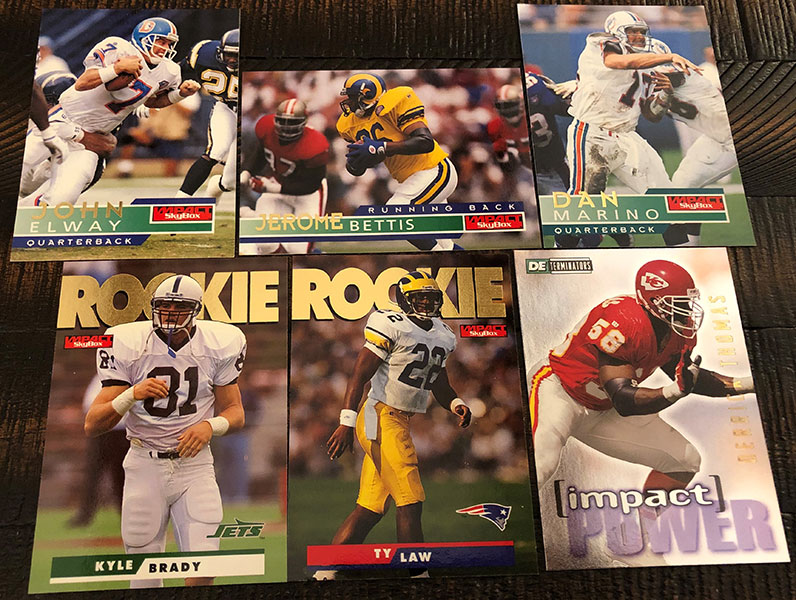 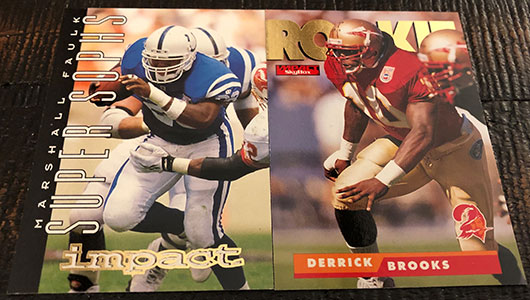 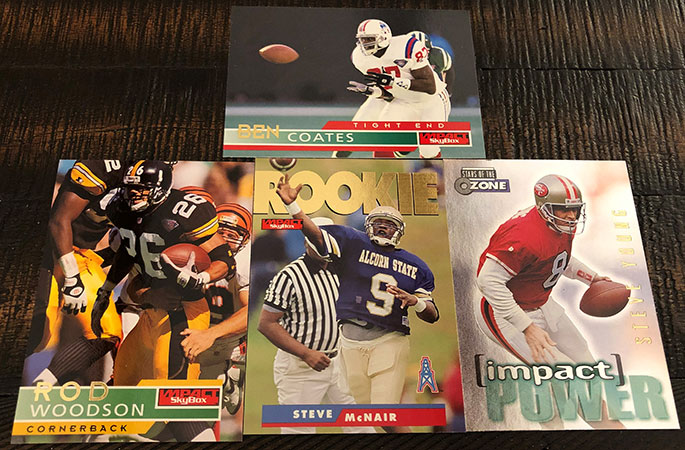 Jerome Bettis, Jim Kelly, Ty Law (Not the last time the Patriots would draft a player from Michigan that would turn into a long-time starter.) & Michael Irvin Impact Power (1:3 packs) 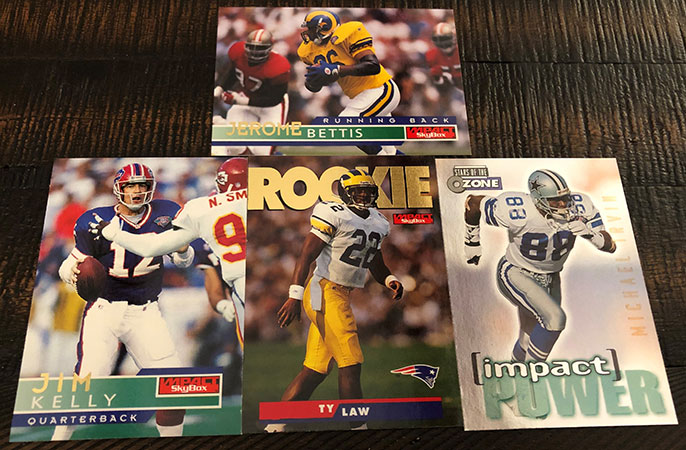 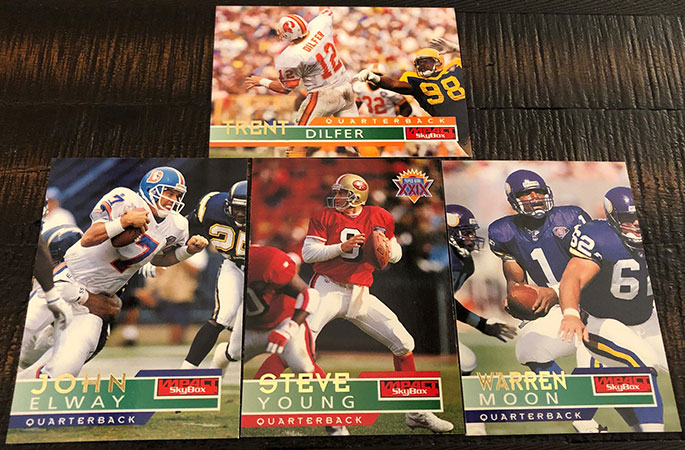 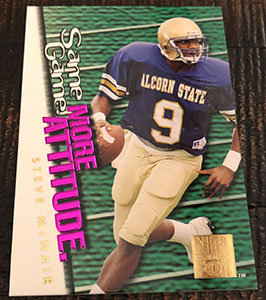 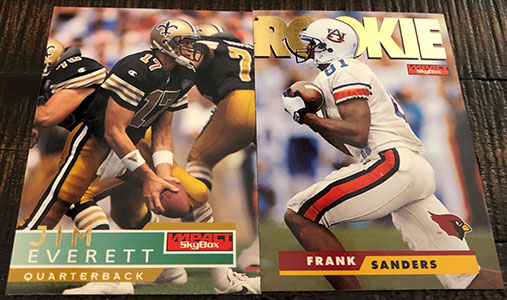 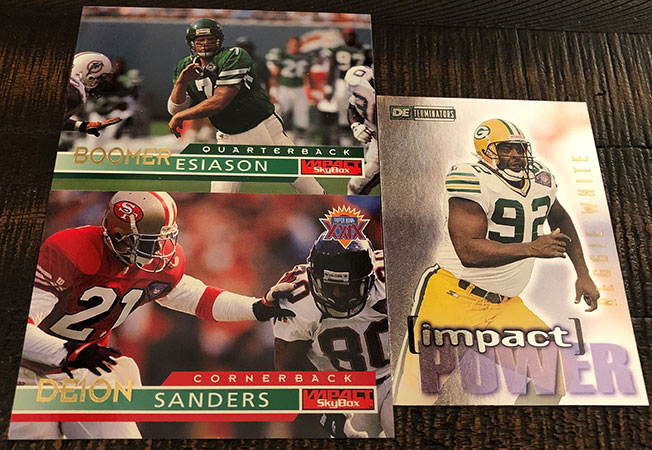 Lastly, the Marino card back. 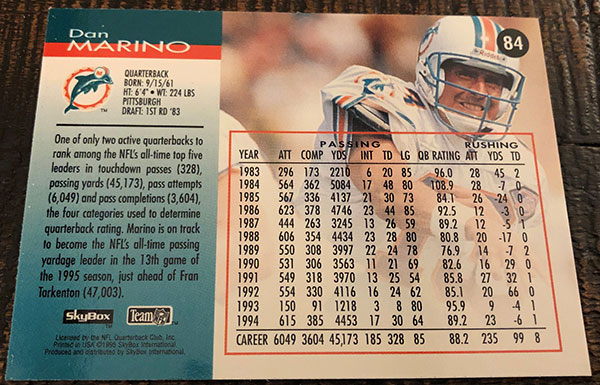 I really enjoyed this product, which should come as no surprise since I liken it to Stadium Club. There is plenty of good photography, including the appearance of throwback jerseys. I also appreciate the rookies being featured in their college uniforms. As a player sorter who puts their cards into binders, I like the variety.

Unfortunately I was about 25 years too late to redeem the Favre exchange card, but it is still a nice card on its own.

I was lucky to grab this one just over a year ago for $18. Prices have obviously come up since then, but this box can still be found for about $1 a pack.

Shop for 1995 SkyBox Impact Football on: