Your Turn: Which group-breakers do you use most? 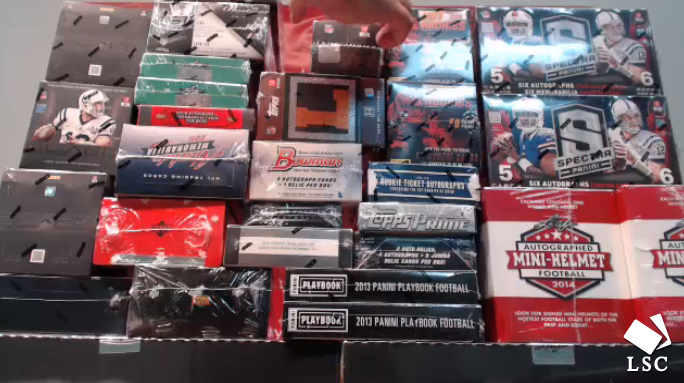 A wall of football wax from a single group-break mixer on a recent weekend.

We’re compiling a list of 50 most-notable group-breakers for an upcoming issue of Beckett Sports Card Monthly and want your input.

Simply put, we want to know which group-breakers you use the most.

Tell us, in the comments below, who gets your business on the group-breaking front.

We’ll have more on group-breaks, including a 20 Questions on the trend, in the days to come.