Your Turn: Which 2014-15 NHL Rookie Will Win the Calder Trophy 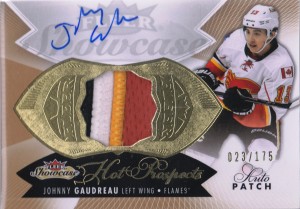 As the 2014-15 regular season NHL campaign draws to an end, and the playoffs lie in wait, Calder Trophy contenders are making their final bids for the hardware. Past winners of the award read like a who’s who of the NHL. Names like Bobby Orr, Ken Drayden, Ray Bourque, Mario Lemieux, Peter Forsberg, Alexander Ovechkin, and Patrick Kane just to name a few. The contenders this season are first rounders, mid-rounders, and late bloomers, but they all have a case to be made for winning.

Johnny Gaudreau, LW, Calgary Flames – 2011 NHL Entry Draft (104th overall)
Through 80 games Gaudreau has 24 goals and 40 assist (24-40-64) which leads all rookies in scoring. The left winger from Calgary has absolutely set the NHL on fire (no pun intended) and may be the odds on favorite to win. 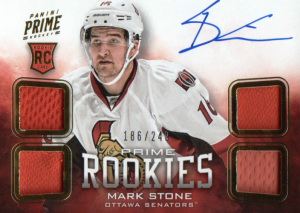 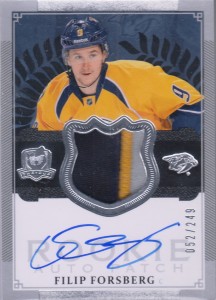 Filip Forsberg, C, Nashville Predators – 2012 NHL Entry Draft (11th overall)
Through 81 games Forsberg has 25 goals and 37 assist (24-37-62) which ties him for second in rookie scoring, and he is also tied for second in goals by a rookie, but some consider his play to have slumped after the All-Star break. 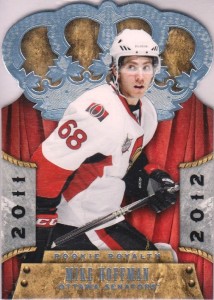 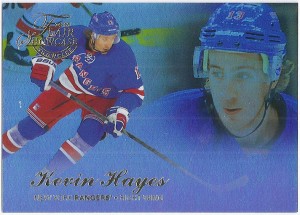 So what do you think? Was Forsberg’s early season efforts enough to take home the trophy? Will the hype around “Johnny Hockey” land him the hardware? Or does an outsider like Hayes have a shot? Perhaps we omitted a name? Let us know in the comments below.

The Relic contained in this Chris Davis ...