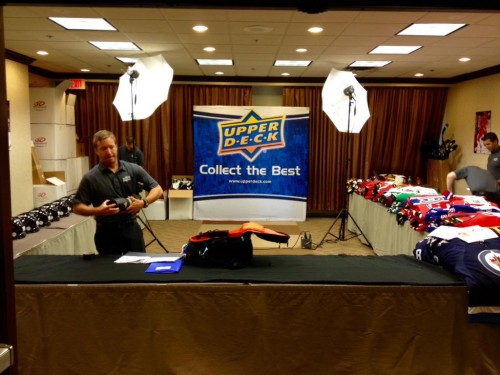 Today, 39 of the NHL’s brightest prospects have come together in Toronto at the 2015 NHLPA Rookie Showcase and many of them are expected to appear on their first fully-licensed hockey cards in a few months.

Leading the pack are Connor McDavid of the Edmonton Oilers and Jack Eichel of the Buffalo Sabres and they were the first two selections in the 2015 NHL Entry Draft. Thus far today, Upper Deck has had them and the other players in attendance sign labels and memorabilia in addition to interacting with young fans in attendance who were not expecting to meet a future NHL player.

In honor of the 2015 NHLPA Rookie Showcase, Beckett Hockey is conducting a short collector poll to see who you think will be this season’s hottest freshmen. Make your voice heard after the jump!