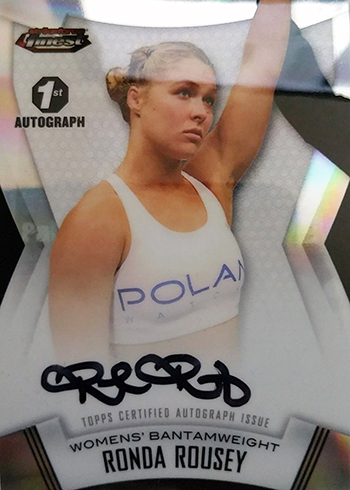 When it comes to UFC cards, the 2012 Topps Finest UFC Ronda Rousey is one of the best ever. It’s the first signed card from the former UFC Women’s Bantamweight Champion and, arguably, the biggest name in all of MMA. Rousey auctioned off one of the cards for charity in May, 2016 for $3,575. And it came with something a little extra beyond the fact that it comes from the fighter.

The card is significant for a couple of reasons. The first, it’s coming straight from the source.

This card also comes with the fighter’s cleaner, more legible signature that don’t appear on her regular cards like this one: 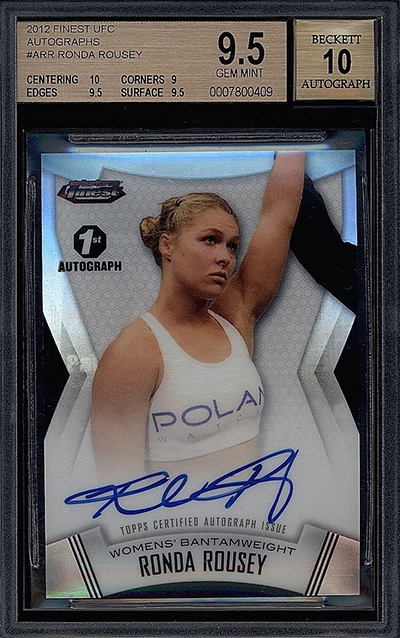 She did use a similar signature on the one-of-one Red parallel, which sold in February, 2015 for more than $10,000. It’s not quite as complete as the Red card, but it’s definitely cleaner. 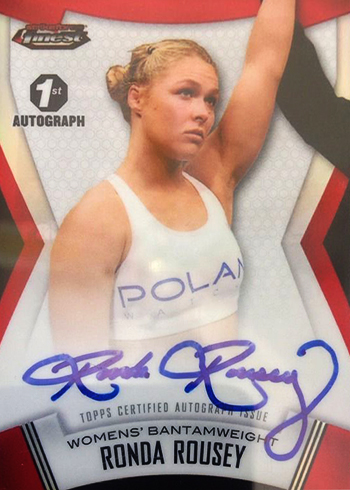 The personal 2012 Topps Finest Ronda Rousey autograph is also signed in black versus the other cards’ blue ink. 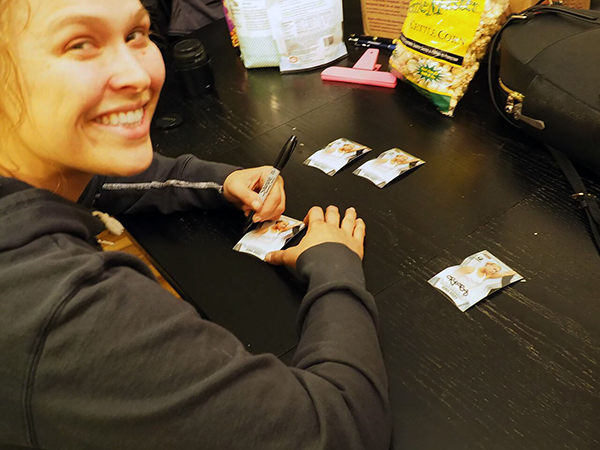 Proceeds from the sale of the Rousey card went directly to Gomper’s Judo, a program that the fighter helped organize for school children. The money will be used to help pay for the group’s flight, hotel and food for a competition in Washington, D.C.